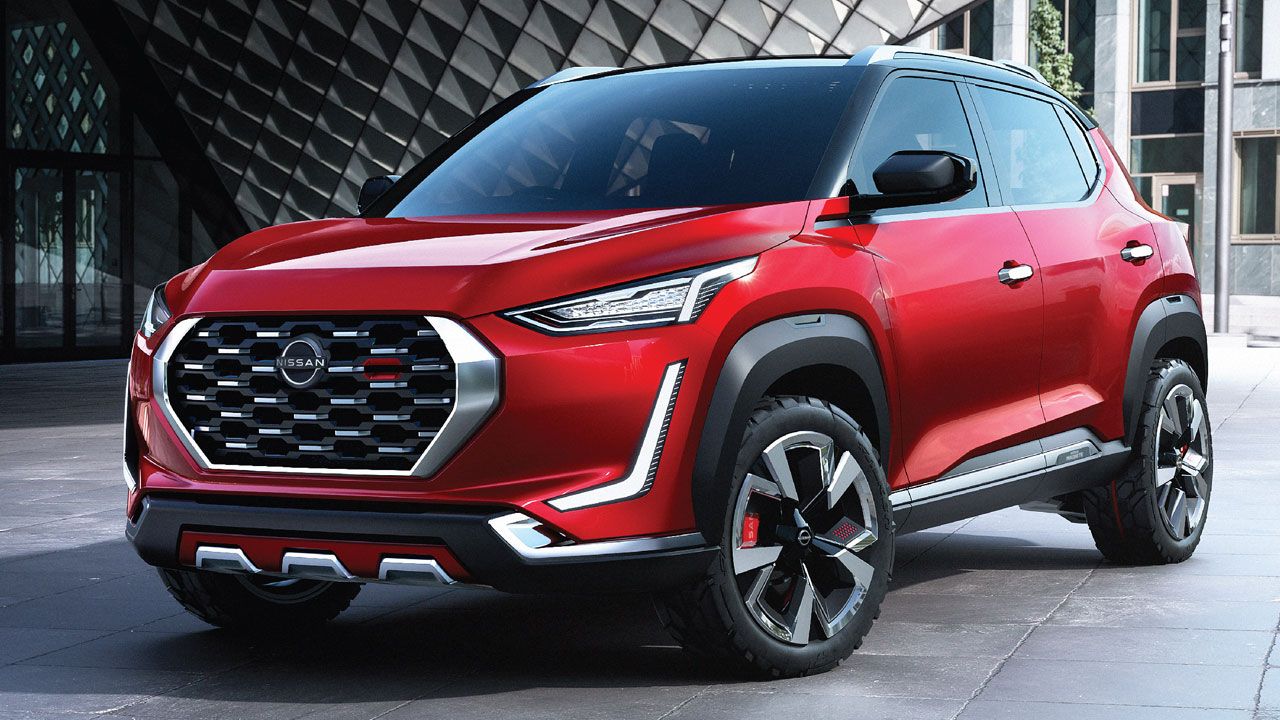 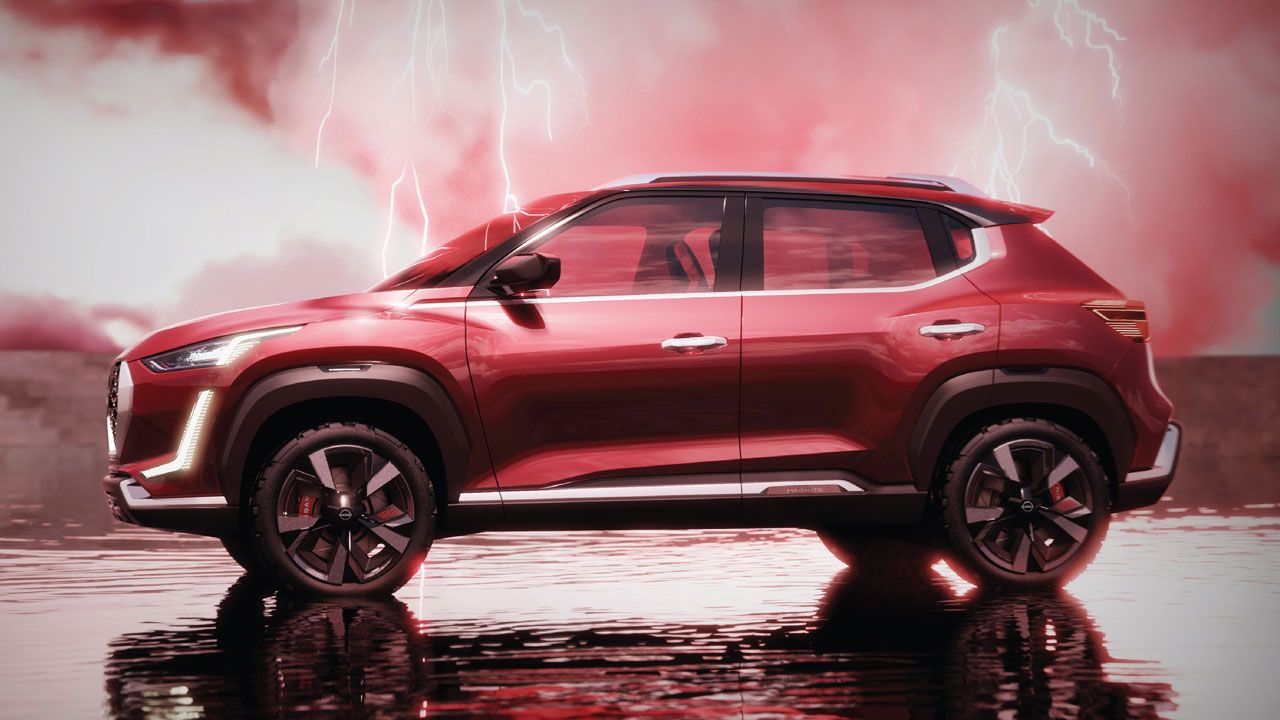 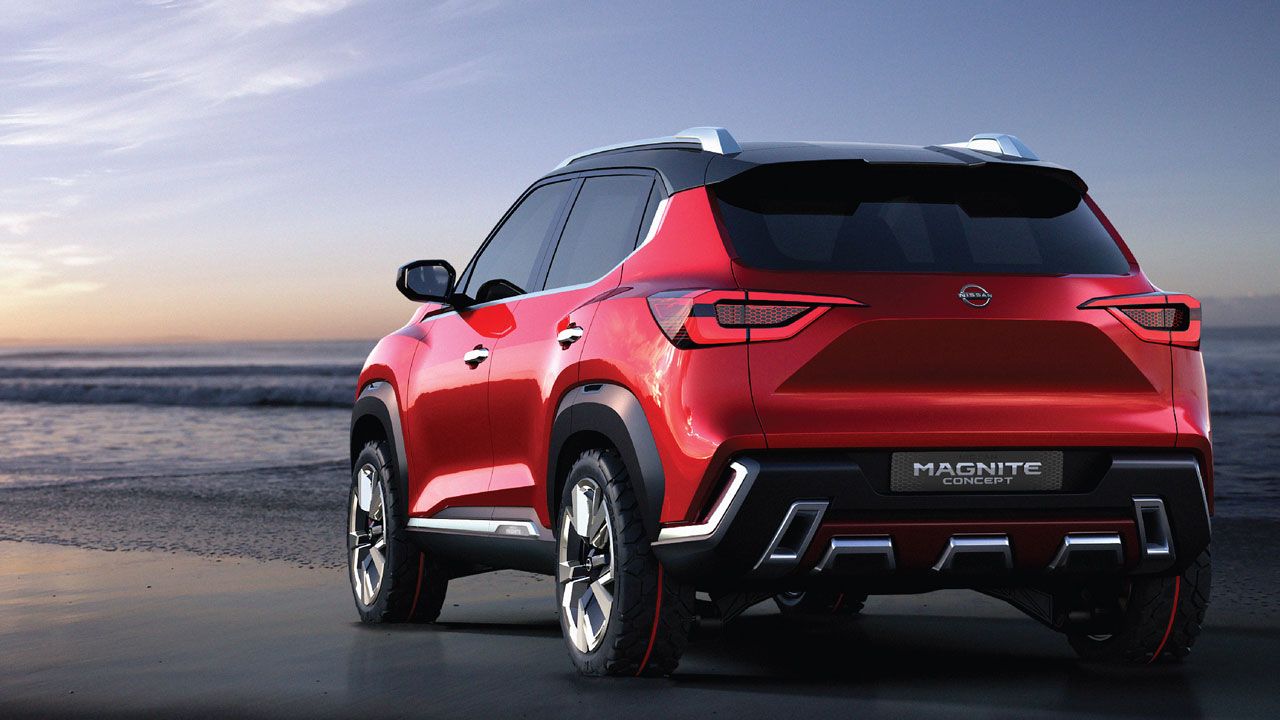 Nissan has revealed its new compact SUV contender for India in concept form. Badged as the Magnite, it features upright design cues and will come with a long equipment list, including connected car tech. The Nissan Magnite will compete in a highly competitive segment in India, which is dominated by the likes of the Maruti Suzuki Vitara Brezza, and Hyundai Venue.

Nissan has digitally revealed its new compact SUV for India. Badged as the Magnite, the concept SUV features upright design lines, which give it a tall stance and enhance its SUV appeal. Lending a rugged appeal to the design is the plastic body cladding around the lower section of the car that incorporates faux front and rear skid plate designs. Sticking to Nissan’s design theme, the SUV features sleek headlamps and taillamps, but the front grille appears to take inspiration from Datsun models, given its large design.

Nissan has revealed little about the car in terms of specifications and features, but what we do know is that the Magnite will come with an 8-inch touchscreen infotainment system and connected car technology and will feature a lengthy equipment list to cater to today’s demanding Indian customers.

'The Nissan Magnite is an evolutionary leap in Nissan’s global SUV DNA. With cutting-edge technology on-board, it will be a game-changer in its segment. A bold offering in the sub-four-meter category, we are confident that Nissan Magnite will redefine the B-SUV segment for the industry. The Nissan Magnite has been made on the philosophy of ‘Make in India, Make for the World’ and has been designed in Japan while keeping in mind the requirements and aspirations of Indian customers,' said Rakesh Srivastava, Managing Director, Nissan Motor India.