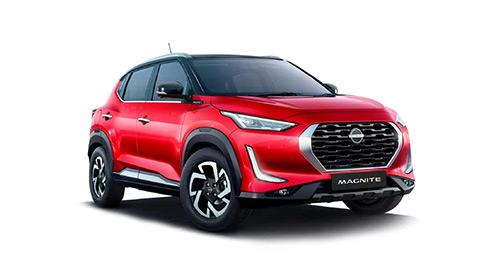 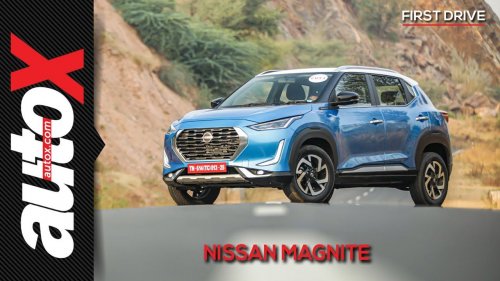 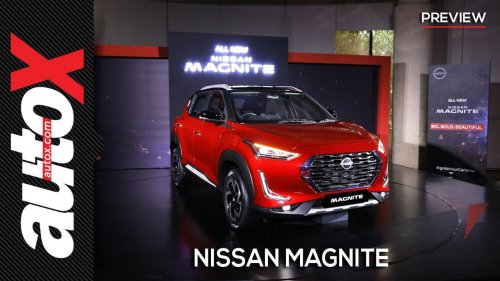 It’s no secret that Nissan hasn’t been one of the most popular carmakers in the Indian market. However, with the launch of the Magnite, the manufacturer aims to bounce back and regain its position amongst the top automakers in the country. Therefore, the Magnite stands as the brand’s make-or-break product, which is why the brand has put its heart and soul while making this sub-4m compact SUV from grounds up. On top of that, the Nissan Magnite price seems to be its biggest USP. Let’s see how Nissan’s first sub-4m SUV stacks up.

Sharp cuts and creases, slender headlamps, L-shaped DRLs, beautifully-finished diamond-cut alloy wheels, rugged bumpers, and black cladding all across the body pretty much sum up the way the Nissan Magnite new model looks in the flesh. The front is largely dominated by the signature Datsun grille, for the Magnite was originally meant to be sold as a Datsun product. The overall stance and character, however, are pretty much in line with other sub-4m compact SUVs.

The Nissan Magnite variants are as follows: XE, XL, XV, and XV Premium. The small SUV, despite the aggressive Nissan Magnite on-road price, packs a lot of equipment. The major highlight here is the presence of 360-degree parking cameras, which is a first for this segment. Other than that, the car comes with an 8.0-inch touchscreen with wireless Apple Carplay/ Android Auto, a 7.0-inch MID, push-button start with keyless entry, all LED lamps at the front, electronically retractable and adjustable wing mirrors, and so on.

In the top-spec XV Premium trim, the Magnite gets a full-black interior. The 8.0-inch screen sits in the middle of the dashboard, and it juts out just a wee bit to mirror a floating effect. The Lamborghini-inspired aircon vents seem like a cool touch, but the quality of plastics and fit-and-finish, on the other hand, isn’t as robust as on some rivals. The space inside the small SUV is quite good, and it can easily accommodate four passengers – if not five – for a long journey.

The Magnite comes across as a petrol-only model. Despite that, Nissan has made sure there’s a Magnite for every consumer, as the car comes powered by two engines, with the entry-level variants being powered by a 1.0-litre three-cylinder naturally-aspirated unit, good for 71bhp and 96Nm of torque. Higher-variants also get the option of a 1.0-litre three-cylinder turbo petrol engine, which churns out 99bhp and 160Nm of torque. Both the engines come mated to a 5-speed manual gearbox as standard, but it’s the turbocharged unit that gets the convenience of a CVT automatic transmission.

Since its bookings opened, the Nissan Magnite has bagged nearly 32,800 bookings, with 10,500 bookings received in the past three days alone, thanks to the roll-out of test drives across....

While the official report is still to be released by the ASEAN NCAP, we know that the Magnite produced at Chennai was put to test. Nissan launched the Magnite on 2nd December, 2020 starting at Rs....

Nissan’s Magnite caused shockwaves in the market at the time of its launch on the 2nd of December, with its incredible pricing that is undoubtedly going to pinch premium hatchbacks. And now, just....

At a time when compact SUVs are reaching ex-showroom prices of Rs. 13 lakh, the Nissan Magnite seems to have landed an uppercut on the segment from the underside of the price band. With prices....

What is the current on-road price of Nissan Magnite?

Currently, the Nissan Magnite is priced at Rs. 4.99 Lakh for the base XE MT trim.

What is the price of the top variant of Nissan Magnite?

Which year did Nissan introduce the Magnite in India?

The Nissan Magnite, in its current form, was introduced in 2020 .

What are the top competitors of Nissan Magnite?

The Nissan Magnite goes up against the Mahindra KUV100 NXT in the Indian market.

Nissan Magnite Price in Nearby Cities