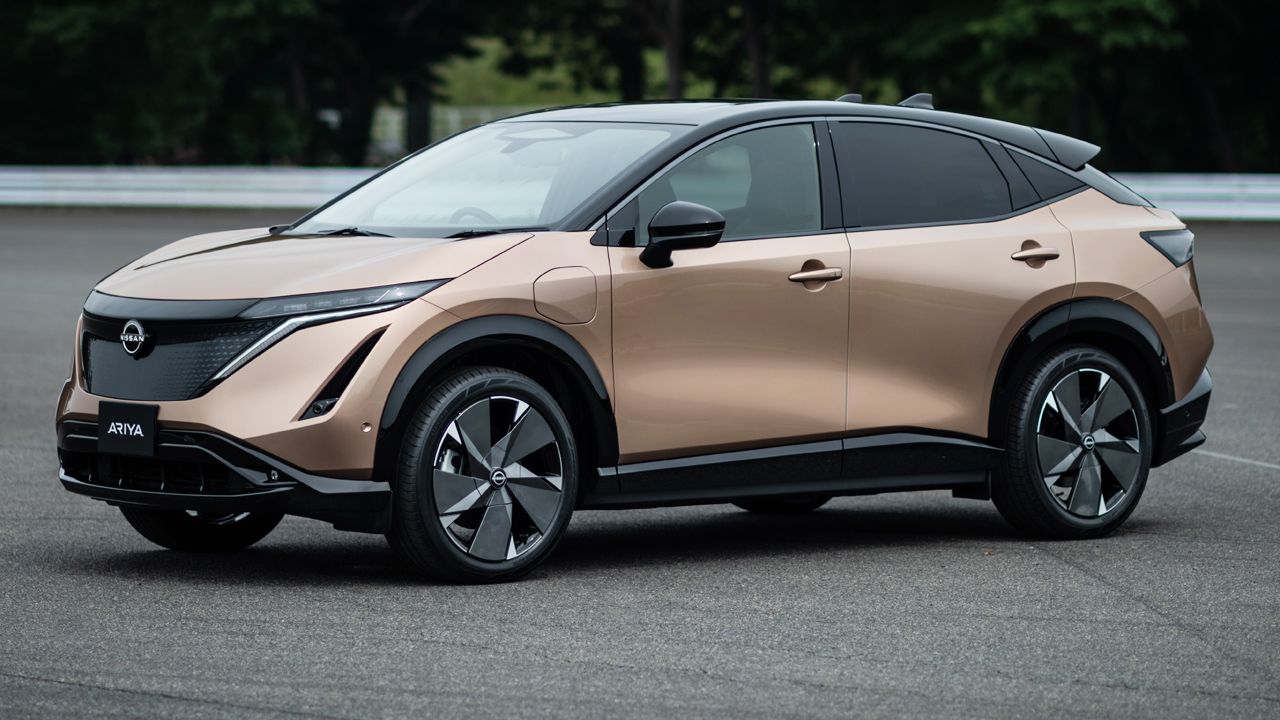 Capable of generating up to 389bhp and delivering up to 499km of driving range, the all-new Nissan Ariya EV is a potent combination of performance and versatility.

A few months ago, patent images of the new Nissan Ariya EV were leaked, and to our surprise, the patent sketch seemed to be nearly identical to the Ariya EV Concept that was revealed at the 2019 Tokyo Motor Show. Now, however, Nissan has officially revealed the production-spec Ariya EV, which carries over the design DNA of the original concept car. The Ariya EV is also the second of the 12 new models Nissan (first being the 2021 Nissan Rogue) plans on launching globally in the next 18 months. 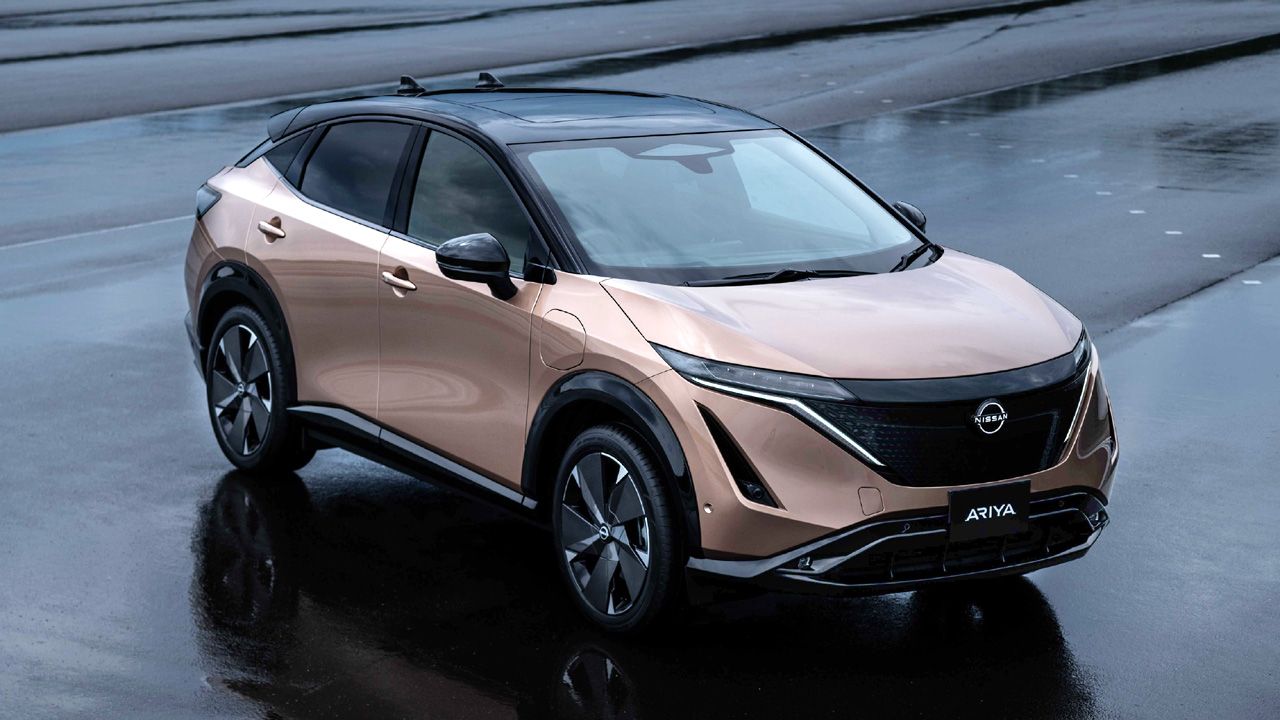 Coming to the car itself, the Ariya is built on a new EV-specific platform developed by the Alliance. A new 'shield' replaces the conventional radiator grille, which also sports the new Nissan logo. With the 19-inch chunky aluminium wheels, a heavily-raked C-pillar, and a sloping coupe-like roofline, the Ariya EV looks like a regular production car, and this goes to show how the modern EV design is adapting to everyday design cues. This point is also reiterated by the recently-unveiled electric BMW iX3. A one-piece 'light blade' forms the taillamp of the Ariya EV, giving it some sporty credentials. 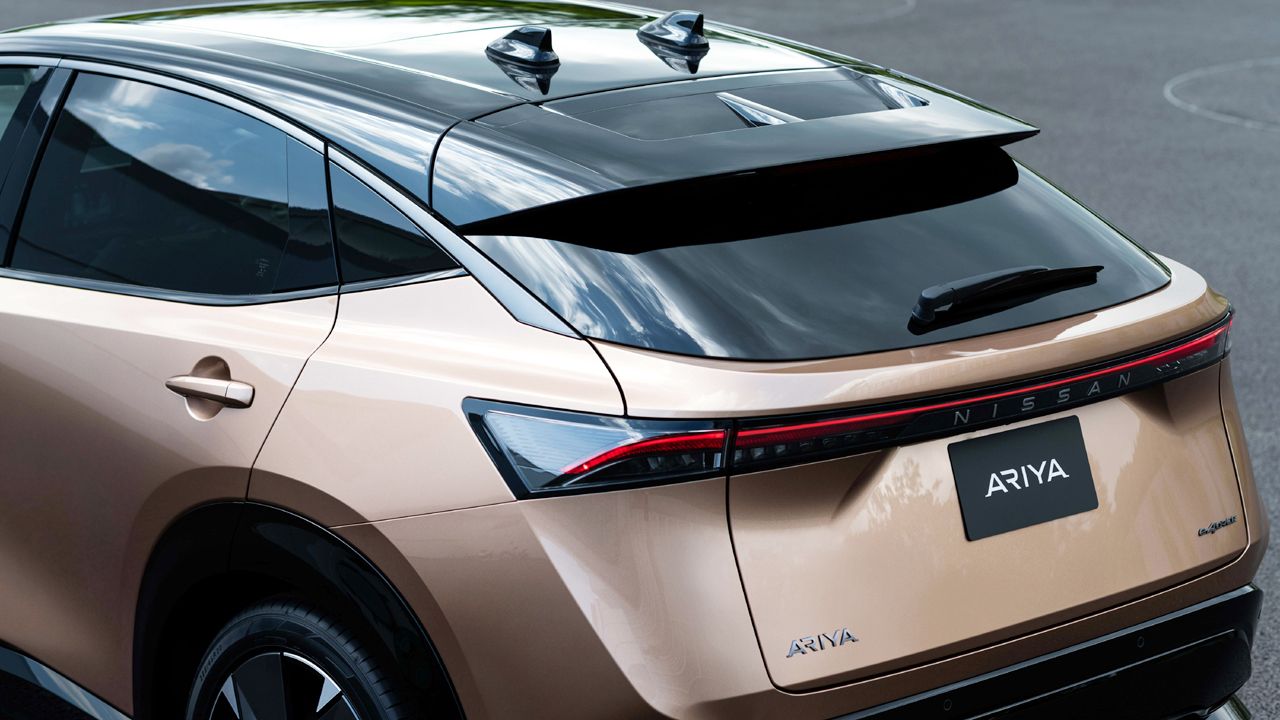 In Europe, the Ariya EV will go on sale with five variants to choose from, depending on the battery capacity. Of the five, two of them will be single-motor two-wheel-drive versions (65kWh & 90kWh) and the remaining three will be offered with Nissan's new e-4ORCE all-wheel-drive system with a twin-motor setup (65kWh, 90kWh, & 90kWh Performance). Power and torque outputs range from 215bhp and 300Nm (65kWh 2WD) to 389bhp and 600Nm in the top-spec 90kWh Performance version. 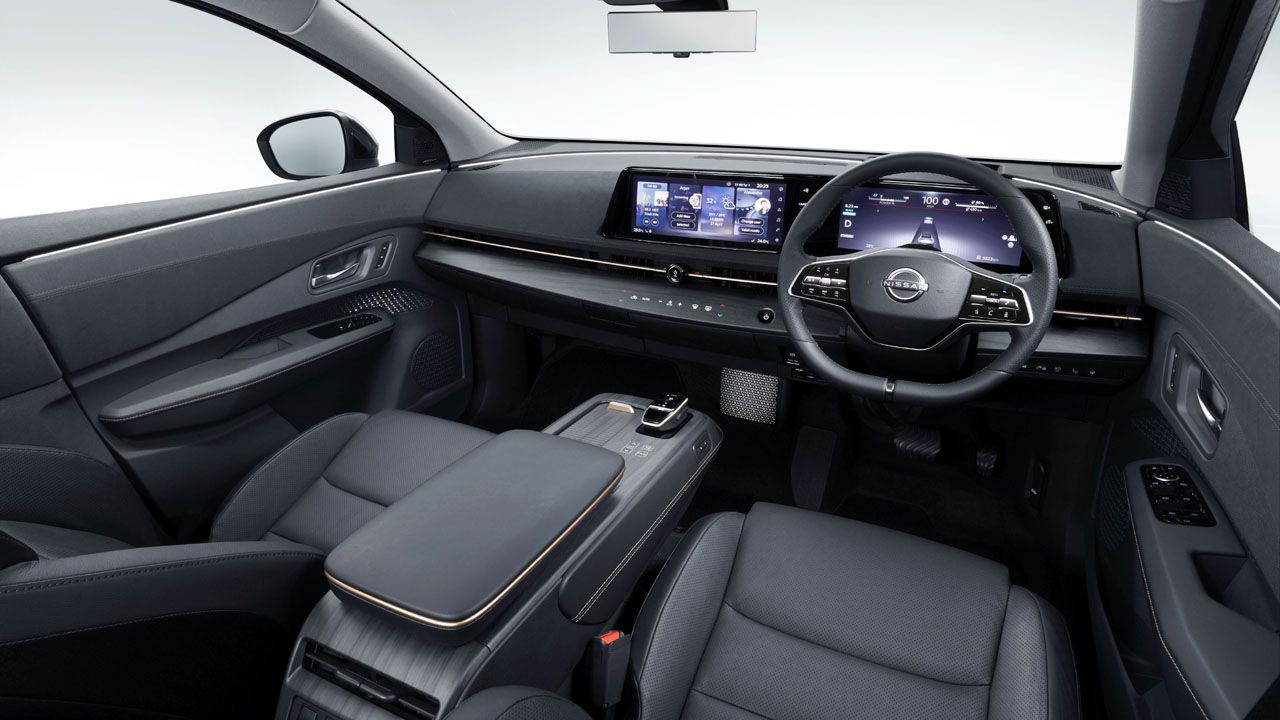 Of all the variants, the 90kWh 2WD version offers the maximum driving range of up to 499km on a single charge (WLTP test cycle), whereas the entry-level AWD variant (65kWh) version offers the shortest driving range of up to 340kms, which is appreciable keeping in mind the Ariya EV is about 4.6m long and weighs close to 2,000kgs (AWD 65kWh). Though the AWD versions offer better performance, they lose points for practicality, for they offer about 60 litres less boot space than the 2WD models. 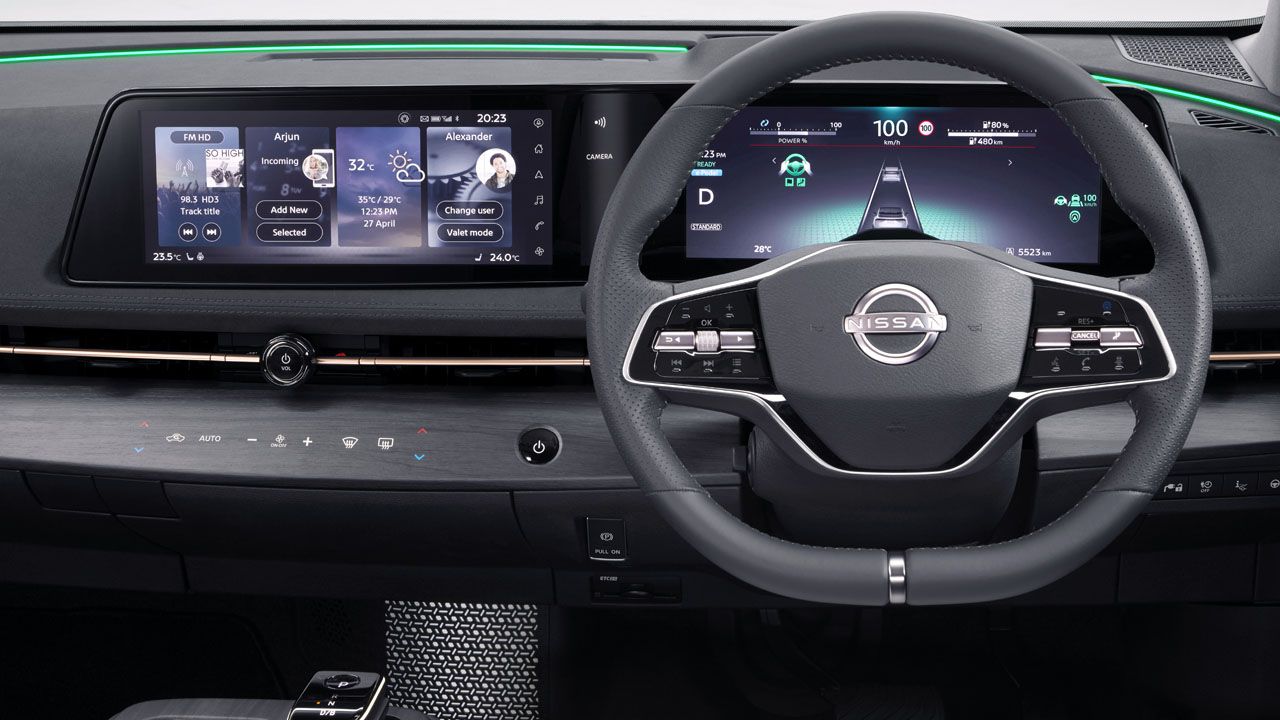 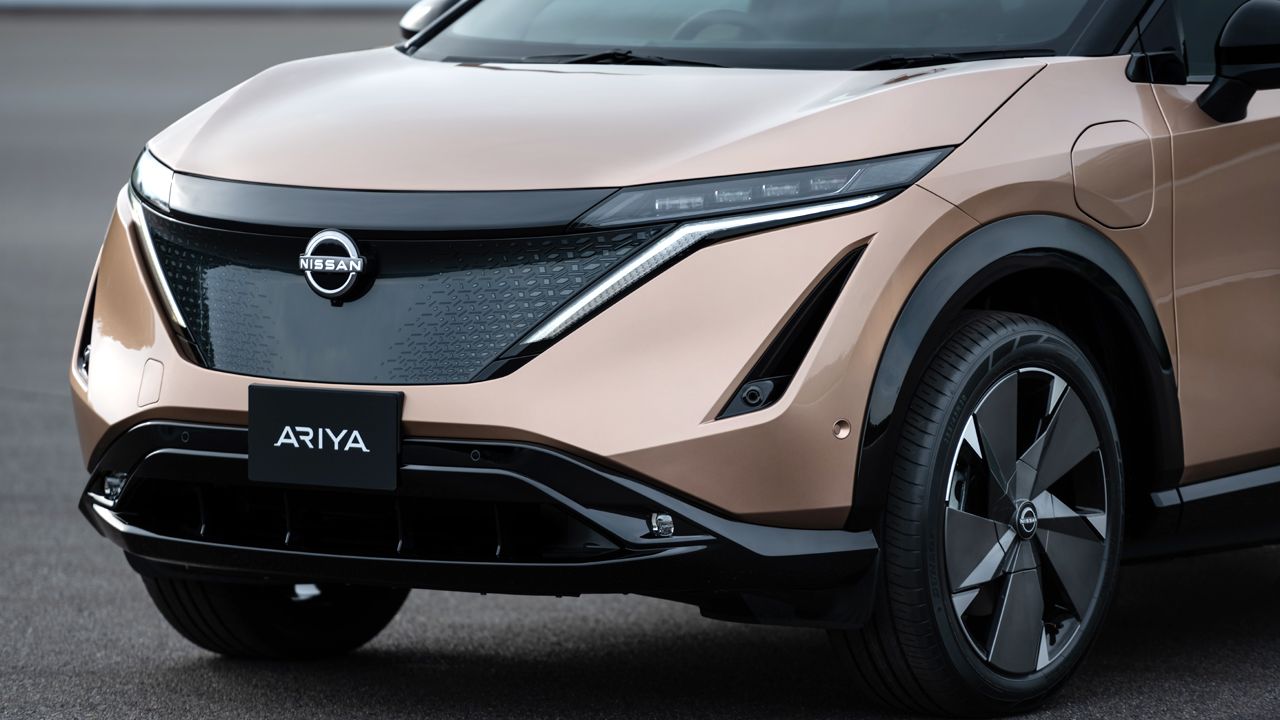 The Ariya EV will go on sale in Japan by mid-2021, followed by its debut in the US and European markets later that year.