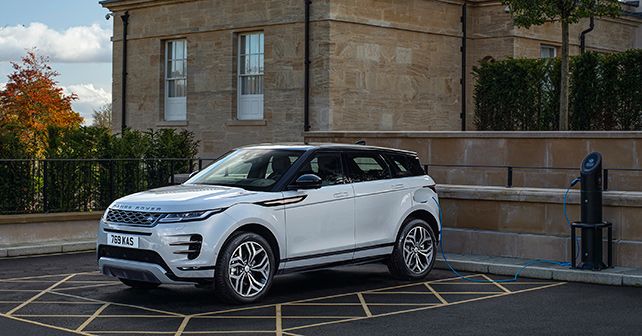 Both cars come with a 1.5-litre three-cylinder Ingenium petrol engine, which works in conjunction with a 15kWh battery pack, giving them an electric-only range of over 60km. The battery can be charged up to 80% of its capacity in less than 1.5 hours.

Jaguar Land Rover has taken the wraps off the Discovery Sport plug-in hybrid (PHEV) and Range Rover Evoque PHEV. Both these models have been nicknamed P300e and come powered with a 1.5-litre three-cylinder Ingenium petrol motor that independently produces 197.2bhp. The combined power and torque output for both cars stands at 296bhp and 540Nm. This engine works in union with a 106.5bhp electric motor that draws its power from a 15kWh Samsung sourced battery pack. The Evoque P300e and the Discovery Sport P300e, despite the smaller engine, are quicker to reach the 100km/h mark than their standard petrol counterpart. The Evoque and the Discovery Sport PHEVs are more than one second quicker than their respective P250 petrol variants.

According to the WLTP cycle, the Evoque PHEV gets an electric-only driving range of 66km, while the Discovery Sport can drive 61km solely on battery power. A Mode 2 cable connected to a 3-pin socket will charge the battery fully in 6 hours 42 minutes, nearly 80% of which can be done in less than 1.5 hours. Using a DC fast charger, 80% of the charge comes in just 30 minutes. 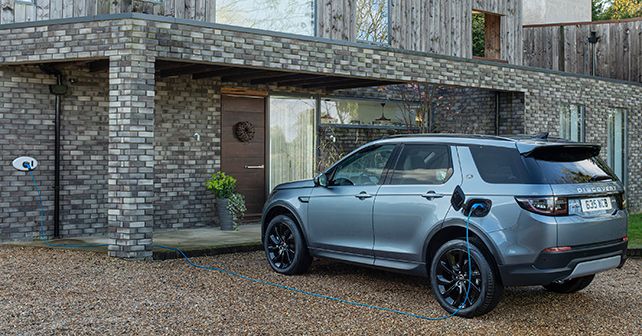 Land Rover claims that the work on the PHEV iterations of both these cars commenced in 2016 alongside the development of the new Premium Transverse Architecture (PTA) that both these cars are based on. The key was not just to integrate the plug-in hybrid system but also to keep the weight in check – one of the primary reasons why the British carmaker opted to do away with one cylinder.

In terms of design, interior, space, and all else, the car remains more or less unchanged. Both these cars will go on sale in international markets in the third quarter of the year. There’s no news of JLR bringing the PHEV variants to India though. The company launched the 2020 Evoque in January and the Discovery Sport in February.

Read more about them here: