Renault And Fiat under scrutiny for cheating emission tests 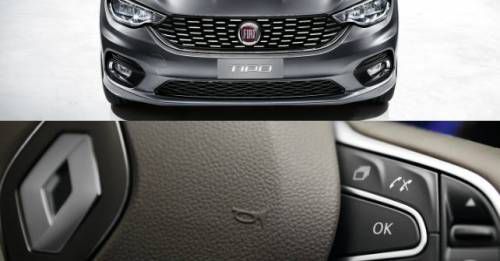 After Volkswagen, Renault and Fiat Chrysler under the radar for using emission cheat devices

Last year Volkswagen faced a lot of heat in relation to its emission scandal. While the case against the German brand is reaching its settlement stage, now, Renault and Fiat Chrysler have been accused of using cheating devices on some of its vehicles. At the start of 2016, while the Volkswagen emission scandal just came to fore, Fiat had released a statement claiming that they do not use any such cheat devices. Despite that, the Italian car maker was questioned about the same in October last year. Fiat Chrysler Automotive has been accused by US’ EPA of using these cheating devices on its SUVs and pick-up trucks. The company has sold more than 1 lakh units since 2014 and all of these are alleged to be fitted with the cheating device.

In its defence, Fiat voiced its disappointment towards the EPA for filing a notice of violation of emission norms by all light-duty 3.0-litre diesel models manufactured between 2014 and 2016. However, in its official statement, Fiat also said that they would want to meet with EPA representatives that FCA strictly adheres to emission norms and doesn’t make use of any cheat devices.

Meanwhile, French authorities are investigating Renault for employing a similar device on their cars in a bid to cheat the stringent emission norms. Renault declined the accusation of its cars being fitted with any such cheat devices. France put to test claims of emission from a lot of car makers including domestic manufacturers like Peugeot, Citroen. Mercedes-Benz, Ford and Toyota were also under the radar. While most of these vehicles exceeded the permitted emission levels, it is still unclear why Renault is the only manufacturer under the smasher as of now. As per the French norms, a tolerance of 2.1 times the declared emissions is permitted. France is about to make the norms even stricter by reducing the to just 1.5 times by 2023.