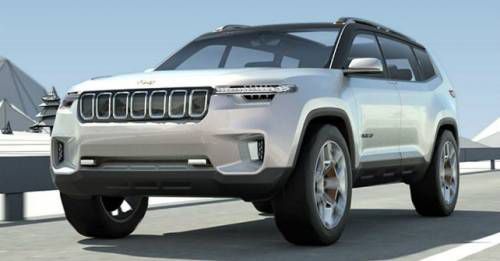 It’s going to rain concepts at the upcoming Shanghai Motor Show. While Audi released pictures of the e-tron concept, it is now Jeep’s turn to showcase its plans for the future. The American SUV-maker has released pictures of its Yuntu concept that is scheduled to be showcased at Shanghai tomorrow.

In terms of design, the Yuntu concept’s front grille looks identical to the Grand Cherokee. The LED headlights though are considerably sleeker. The bumper is large and sits high to ensure that the SUV gets an impressive approach angle. The black A-pillar, high ground clearance and the squared wheel arches all give it the rugged appeal you expect from an SUV. We loved how the door handles are neatly integrated. Other design highlights include a panoramic sunroof and suicide doors. 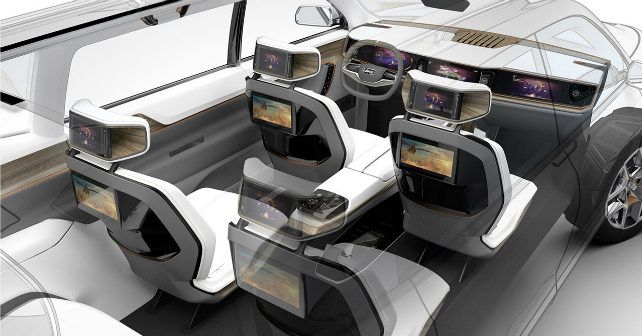 The interior of the Jeep Yuntu looks absolutely futuristic and premium. There is a digital instrument cluster for the driver which sits behind a squircle-shaped steering wheel. A large high-tech infotainment takes the centre stage. The co-pilot as well as the passengers at the back, get dedicated infotainment systems. In fact, the passengers at the back get two screens – at the back of the front head restraints and the seat.

Details about what the engine the Jeep Yuntu concept will come with are still sketchy and are expected to be officially revealed tomorrow. That being said, previous reports hint at it sporting a plug-in hybrid. Based on the Cherokee, this new concept previews the 7-seater model for the Chinese market.