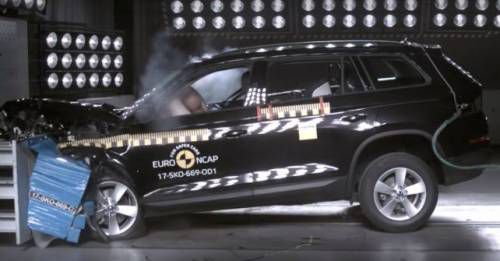 Skoda is all set to bring in its first-even 7-seat SUV to India around the festive season this year. In India, the car has already been listed on the official website and bookings have commenced too. In the global context, the Kodiaq was just put to test by Euro NCAP and the results were extremely impressive. The Skoda Kodiaq got a perfect score in the Euro NCAP crash tests.

As far as adult occupant safety is concerned, protection for the driver and the passenger was good in most cases. The frontal offset test showed adequate protection of the knees and femurs of the driver as well as the passenger and the result remained unchanged even with occupants of different sizes. The driver’s chest was rated marginal in the full-width rigid frontal impact but that aside all other body parts were rated adequate or good. The Kodiaq got a perfect score in the side barrier test.

Child occupant safety isn’t as impressive as adult occupant safety, but it is adequate nonetheless. The frontal offset test recorded poor protection for the neck of a 10-year dummy but that aside protection in all other aspects was good or adequate.

In terms of pedestrian safety, the Euro NCAP report for the Skoda Kodiaq read, “The protection provided by the bonnet to the head of a struck pedestrian was good or adequate over most of the bonnet surface, with some poor results recorded on the stiff windscreen pillars. The Kodiaq scored maximum points for the protection provided by the bumper to pedestrians' legs, with good results at all test locations. The autonomous emergency braking system is capable of detecting pedestrians and, in tests of this functionality, performed adequately.”

Skoda is expected to bring the Kodiaq to the Indian market around the festive season later this year. When it makes its way to India, the Kodiaq will compete against the likes of the Toyota Fortuner and the Ford Endeavour, but in terms of pricing, it will also have to hold its own against the Volkswagen Tiguan, Hyundai SantaFe and the likes. 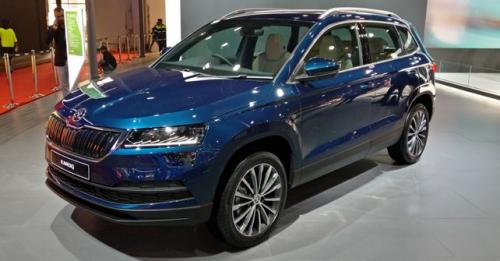