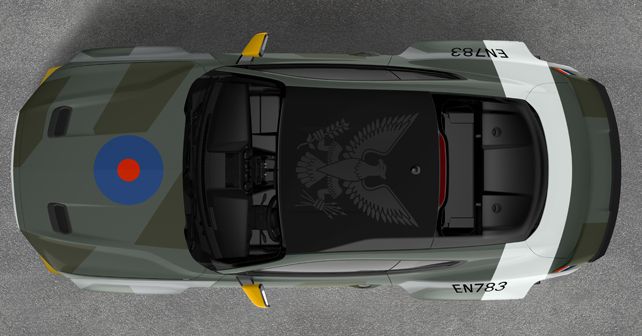 Ford will debut a new limited-edition Ford Mustang GT at the 2018 Goodwood Festival of Speed.

As a tribute to the American RAF fighter pilots who served during WWII and were based near Goodwood, Ford will showcase for the first time a new limited-edition Ford Mustang GT at this year’s Goodwood Festival of Speed.

The Eagle Squadron Mustang GT has been jointly made by Ford Performance and Gittin’s RTR Vehicles. The supercharged 5.0-litre, V8 churns out 700bhp and features an RTR carbon fibre wide-body kit and a suspension package from Tactical Performance.

The Duke of Richmond and Gordon, founder of Goodwood Festival of Speed, said, ‘We are honoured to have the Eagle Squadron Mustang GT making its debut at Goodwood. The car was inspired by the American volunteer pilots who fought with the RAF in World War II, while Goodwood’s RAF Westhampnett hosted US Airforce squadrons too, so it is completely appropriate to have the car here in this, our Silver Jubilee year, while the RAF celebrates its centenary.’

Following its world debut at the Festival of Speed, the one-off Mustang will head to the Experimental Aircraft Association’s largest fundraiser, The Gathering, held on July 26 during EAA’s AirVenture event in Oshkosh, Wisconsin. The car will be auctioned off at The Gathering to support the EAA’s youth education programmes.

The 2018 Goodwood Festival of Speed is scheduled to take place from July 12 till July 15.