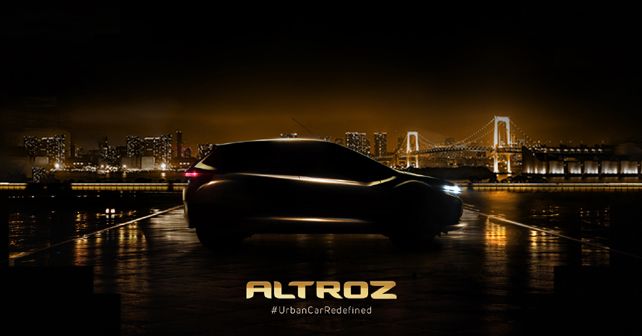 The special 'preview' website of the Tata Altroz goes live months before the car's launch; receives one lakh visitors within 24 hours.

After the Harrier's successful attempt to bring back Tata Motors onto the map, the homegrown carmaker's upcoming premium hatchback offering is only taking the growing popularity to the next level. Citing an overwhelming response & demand from curious, potential customers across the country, Tata Motors yesterday launched a preview website for the upcoming Altroz hatchback which will provide glimpses of the car's technology & design as a build-up to its commercial launch. Though yet to be verified, Tata Motors claims that the site has garnered about 1 lakh views within 24 hours of going live.

Sharing his thoughts on the achievement, Mr Vivek Srivatsa, Head of Marketing (Passenger Vehicle Business Unit) at Tata Motors said, 'This is an immensely proud moment for all of us at Tata Motors. To receive such a reception for Altroz, months before its launch, speaks volumes for the trust consumers have in our brand as well as in our products. Right from the unveiling of its concept at the Auto Expo last year, the Altroz has been a keenly followed product from our stable and the fact that we had to launch the website early due to such an encouraging response only validates that further. We hope the newly-launched website will continue to whet the curiosity of our followers and stakeholders alike by sharing timely information about the car, in days to come.'

The Altroz started off as the 45X Concept which we first saw at the 2018 Auto Expo. Then, in February 2019, Tata Motors made it official that the 45X Concept's production version will arrive in India as the 'Altroz', taking its name inspiration from the Albatross. Finally, at the Geneva International Motor Show in March 2019, Tata gave us the first glimpse of the Altroz, alongside a few other models like the Tata Buzzard. After the Harrier, the Altroz will be the second model from Tata to feature the brand's IMPACT 2.0 Design Philosophy and, it will be built on the all-new Agile Light Flexible Advanced (ALFA) Architecture.

While we do not have a confirmed launch date for the Altroz yet, this website seems to be the best way to keep in touch with the latest updates & developments around it. Meanwhile, you can read more about it by heading over to the links mentioned below.