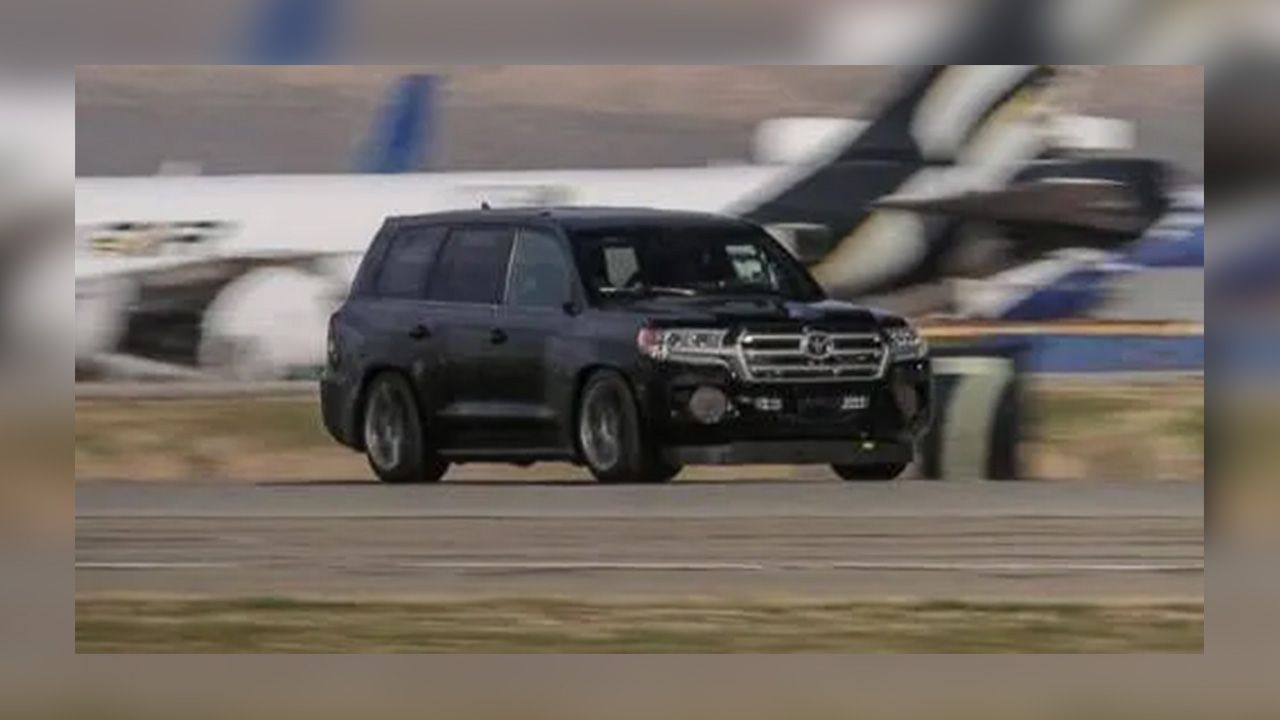 Toyota has always been known for making the most reliable cars, but not the fastest for sure. But, the Japanese auto giant is occasionally up for some fun and games it seems. Like, for instance, the Toyota Land Cruiser has just shattered the top speed world record for an SUV!

Now the vehicle used for the record-breaking run was not your everyday, run-of-the-mill Land Cruiser. It’s, in fact, a heavily modified version of the SUV that’s powered by a 5.7-litre V8 petrol engine that comes coupled to a pair of gigantic turbos. And the result of that is a huge power bump -like, really huge. In the standard spec, the engine develops 375bhp, but thanks to the turbo-power, the engine churns out around 2,000bhp in here. It’s perhaps for the same reason that Toyota is calling this thing the Land Speed Cruiser.

In addition to adding horsepower by the bucket-load, Toyota also did some chassis modifications to the vehicle. The ride was dropped substantially and the chassis was narrowed by 3 inches in order to accommodate fatter and bigger Michelin Pilot Super Sport tyres.

As for the record, Toyota ran the Land Speed Cruiser at the Mojave Air and Space Port in California with Nascar driver, Carl Edwards, at the helm. The purpose-built SUV blasted down the 2.5-mile runway and clocked a top speed of 230mph (370km/h), bettering the previously held record (Brabus bi-turbo V12 GLK) by a full 19mph.

It’s understood that the Land Speed Cruiser is a one-off vehicle built to do just one thing – get Toyota Land Cruiser the bragging rights of being the fastest SUV in the world. Toyota will not sell it commercially, but if you happen to be a wealthy Arab, you now know that it’s possible to make your Land Cruiser go-faster by spending a wee bit of money.