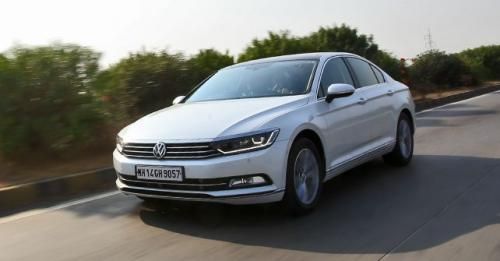 Volkswagen may have had a real tough time post its infamous diesel emissions scandal, but the German auto giant seems to be recovering at a steady pace now. In 2017, VW produced over six million vehicles, which is a new production record for the brand. As per the company, the production milestone was driven mainly by the Jetta, Golf, Santana (China-only model), Passat and the Polo.

Although Volkswagen isn’t setting the sales chart on fire in our market, the company has over 50 plants in 13 countries other than India. Volkswagen says that new models helped the company achieve the magic 6 million production mark. Around the globe, Volkswagen has over 60 car models on sale currently, while 10 new models were launched in 2017 alone.

Commenting on the development, Thomas Ulbrich, Member of the Board of Management of the Volkswagen brand, said, ‘More than six million vehicles produced in 12 months – there is one thing that this shows above all: our plants and employees are continually improving their production competence. We have top teams in production which successfully master growing demand from customers’.

In addition to the current production record, Volkswagen also took this opportunity to boast about the fact that the company has sold over 150 million vehicles since the production of the original Beetle began 72 years ago. Now, while Volkswagen is all cheered up at the moment, it’d be interesting to see Toyota’s production numbers from 2017. In 2016, Volkswagen edged past Toyota to become the world’s no.1 automaker in terms of new car sales. Let’s see if the German firm continues its reign in 2017.