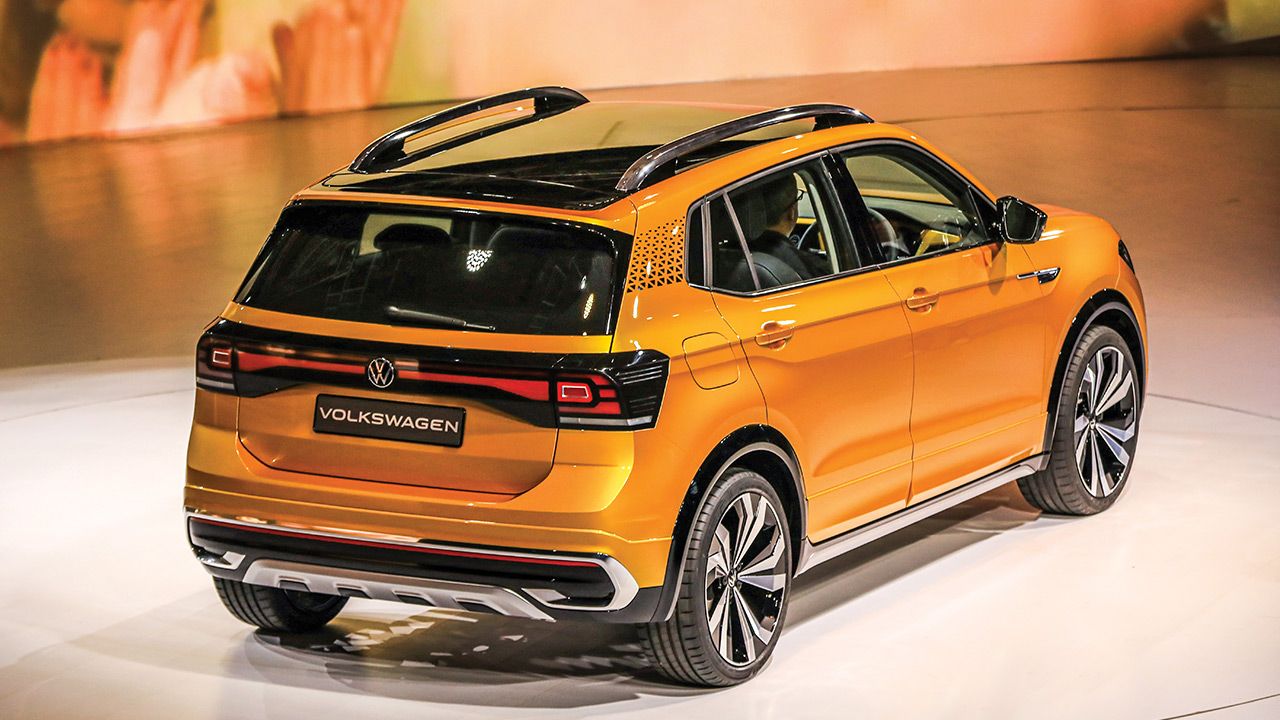 The all-new Taigun will be based on Volkswagen Group’s heavily localised MQB A0 IN platform and will sport a 1.5-litre turbo petrol motor. The Taigun will compete against the Hyundai Creta, Kia Seltos and the likes

Volkswagen showcased its upcoming mid-sized SUV, the Taigun just before the Auto Expo 2020 earlier this year. The company has now listed it on the official website. Although the launch of the new Taigun is scheduled for the second half of 2021, VW is hoping to gauge the interest for the upcoming SUV.

The Taigun will be based on VW’s MQB A0 IN platform which will now be heavily localised as part of the India 2.0 initiative. At the heart, the Taigun will sport a 1.5-litre turbocharged petrol motor that is likely to make roughly 148bhp and 250Nm. This engine will come paired with a 7-speed DSG as well as a manual transmission option. To keep the starting price in check, VW may also fit it with a 1.0-litre TSI motor (from the Polo) in the lower variants.

As far as size goes, the Volkswagen Taigun is expected to be around 4.2 metres in length, which puts it against the Hyundai Creta, Kia Seltos, Nissan Kicks and the likes. Design-wise, the Taigun is inspired by the T-Cross that is sold in the international markets. At the front, it gets a bold signature Volkswagen grille that with squared-off edges. The horizontally positioned headlamps have a DRL ‘eyebrow’. The front bumper is possibly the busiest part of the Taigun with some black, chrome and silver elements. Looking at the Taigun from the side, its upright stance and SUV-esque appeal become rather evident. The dual-tone diamond-cut alloy wheels give the side profile a sporty appeal. Around the back, the Taigun gets LED tail lamps running across the width of the boot. The rear bumper gets brushed aluminium highlights and a faux skid plate.

Although the interior hasn’t been revealed as yet, it is safe to assume that the Taigun will come loaded with a features list that is on par with the competition. Volkswagen is expected to launch the Taigun around the second half of 2021. Prior to that though, Skoda will bring in the production-spec Vision IN – which will also be based on the same MQB A0 IN platform and will be offered with similar engine and transmission options.