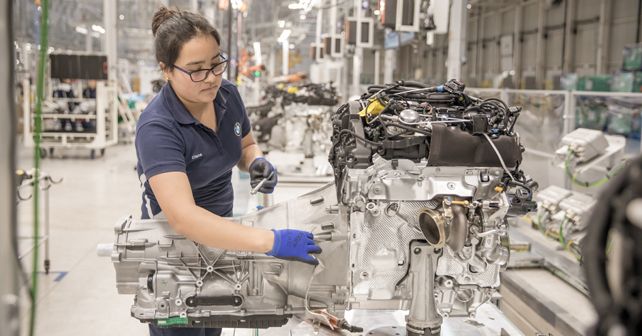 BMW will stop producing engines destined for its South Africa assembly plant at its Hams Hall facility in the West Midlands.

As many may be aware, the UK is set to leave the European Union (EU) on 31st October. While deadlines have been announced earlier as well, and have been repeatedly missed, this time the scenario is different as both candidates who are in the race to become the next Prime Minister after Theresa May's departure are willing to leave the EU, with or without a deal.

Coming to BMW's dilemma, the engines that the company produces at its Hams Hall plant are sent all the way to South Africa, where BMW currently assembles the X3. However, since Brexit will also take their away EU status, it will result in all South Africa-produced cars losing their tax-free import status as they majorly cater to European imports. Thus, in order to comply with the trade rules and avoid steep tariffs, the engine production from Hams Hall has been shifted to Germany.

'Hams Hall doesn’t build any South Africa products any more, which is, of course, bad for the UK because that specific engine is not being built here, is not providing labour any more,' said Oliver Zipse, BMW’s production chief. The announcement was made at the recent press conference of the new MINI Cooper SE launch. In other news, Oliver Zipse is said to be the next most favourable candidate to become the new CEO after Harald Krüger apparently refused to extend his term.

BMW is not the only manufacturer to land a blow to the UK automotive industry. Earlier this year, Nissan announced the removal of an entire product from its future UK product portfolio.