Ashish implores the auto industry to display some creativity... 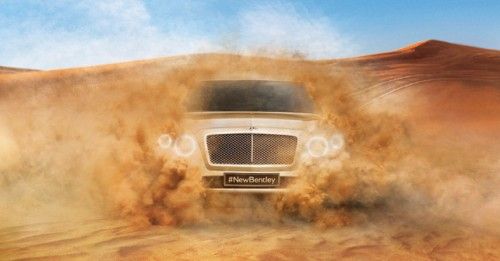 Ashish implores the auto industry to display some creativity, especially the storied marques out there who are quickly falling to conformity…

It’s disturbing to imagine what the future motoring is being reduced to. Every automobile manufacturer – most of the purist and specialist OME’s even – are working on future-ready vehicles. Now, I would be a numbskull to suggest that this is the wrong path to take. However, there are issues, in my view, with how the future is being viewed by some people. The trouble is that those people are at the helm of the industry. This is a topic that I shall rant about more in one of my future columns. What worries me is what’s going on at present.

We live in a world where news of the smallest magnitude reaches you on your many electronic gadgets before the thought of even wishing your in-the-process-of-waking-up wife ‘Good Morning’ manages to reach your brain. Or heart. Oh, we’ve stopped thinking from the heart. Sorry heart!

By now, you must already be aware of the fact that Rolls-Royce is going to build an SUV. I’m not surprised, just very sad.

In recent years, the trend of SUV’s (crossovers, if you may) has made the automotive world go mental. Car manufacturers are getting so obsessed with this body-shape that very soon, perhaps the only car you’ll be able to buy will be some sort of an SUV. That will make the roads a very strange place, and that one odd chap mucking about in a small hot-hatch – or a small, pure, two-seat sports car – will be frowned at in disdain.

Sure, I understand that SUV’s are becoming hot-stuff for a market like India – and other parts of the developing world where the road infrastructure isn’t the best – but in geographies that already flaunt well-built roads, is it really necessary? We’ve had low-slung sports cars in those markets for eons, and the road surfaces have only improved since. Why wasn’t there an SUV ‘revolution’ back then? The trouble is that if one company gives a go at it, and it works in its favour, then the entire damn industry goes after the same concept. Why – why not be a little different?

And that’s what leads me to Rolls-Royce. And Bentley. And Lamborghini. And Maserati. These are iconic names that have been celebrated for precisely the cars they’ve been doing so far. Sure, I’ve studied management, so I’m supposed to understand that you have to cater to the current market forces. I get that. But what I’m asking is why things can’t be done a bit differently. Because the Rolls-Royce SUV is uppermost in my mind at the moment, I’ll stick to that (also because I still get images of the hideous EXP 9 F by Bentley when I think about the Bentayga, and I simply want to avoid that).

Historically, Rolls-Royce hasn’t really been concerned about the SUV-esque characteristics of their cars. I did some searches and none of their brochures mention ‘ground clearance’ anywhere – the one key parameter that defines the term ‘SUV.’ But, then, because I’m an idiot, I went on their press site for the detailed kit and I found it. The Ghost’s 150mm ground clearance is mighty fine for most conditions, and the Phantom definitely has a number higher than that. So, when you already have that crucial bit sorted, why not be brave and be slightly oblique relative to the others?

It’ll be nice to see Rolls-Royce (or any of the specialist manufacturers for that matter) do a shooting-brake for example. It’s a body-type that’s not as mainstream as an SUV – so the exclusivity of the brand can be maintained. Moreover, it gives the designers a great canvas to explore their creativity and come out with stellar looking metal-art! I also believe that it’ll be a great hit. But, then, just as I wrap up this column, reality slaps me hard – I’m not that tie-wearing, brogue-flaunting marketing chap. I’m just a car lover, who wants some purity in the motoring circus – and who cares for such a type...