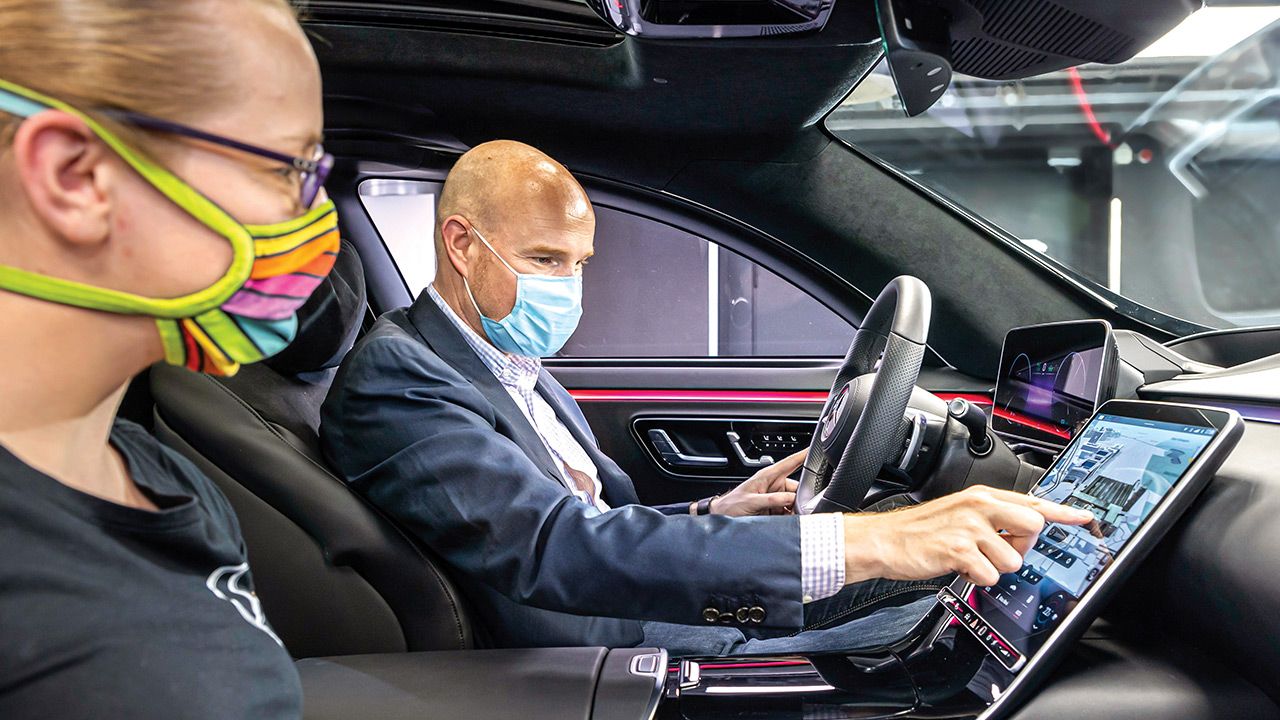 An S-Class from another dimension and an electric car for the ‘people,’ Jens brings you up to speed with the latest developments in the automotive world.

The automotive industry in Europe is still under the grip of the virus. Collapsing sales have not come back, and an incentive program in Germany that’s helping solely electric cars has predictably done little to help the industry.

Meanwhile, opposition parties have kept the pressure up on the issue of a speed limit, which they would like to see imposed on the Autobahn. Several pushes and a parliamentary motion have failed in the past year, but, this time, they are not letting off. Would a speed limit mean that Germany’s auto industry will lose its mystique, or will it leave brands like BMW, Porsche and Mercedes-Benz unscathed? Whatever the answer to this, I certainly hope the push fails. I just like to choose my own speed when it’s safe to do so.

The Autobahn, by the way, has filled up again – traffic is almost back to normal. So, we need to choose the right time for any top-speed runs. Border controls happen far more frequently than they used to. And so German holiday destinations are overflowing, as are campgrounds. RVs have never been more popular.

It’s an unfortunate coincidence that some of the most luxurious cars in the world are launching this year – not just the Mercedes-Benz S-Class, but also the facelifted Porsche Panamera. One class below, the BMW 5 Series gets a facelift, as does the Mercedes-Benz E-Class. Changes are particularly extensive on the E-Class, which receives a new front and rear end, with different grille styles, new headlights and taillights that are now horizontal instead of vertical.

The S-Class will be the biggest news. Beyond some amazing chassis technology, the interior is absolutely stunning. The instrument cluster features a three-dimensional display that adjusts perfectly to your eyes, which are monitored by the car. It’s a unique effect that no other carmaker will be able to match any time soon. Moreover, there is a vast head-up display that positions the information far ahead of the car, which makes for much easier adaptation. Trust me, the user interface of the new S-Class will be a benchmark for a long time.

There’s one thing the S-Class won’t offer though – an eight-cylinder diesel. Such an engine, however, is currently available on the Audi A8 60 TDI in Europe, rated at 435 horsepower and 900 Nm of torque. Ultra-quiet, torquey and efficient, this is simply the best powertrain offered in any luxury car at the moment. But, alas, Audi has not done anything to promote it, obviously traumatised by the diesel scandal. No test car in the fleet, and no press release. And I’m afraid it will be killed off by the end of the year after an almost secret run of less than twelve months. A huge disappointment!

Moving on to electrics – in late July, Volkswagen began the official drive for the ID.3, a car whose name might suggest that VW considers it the third great idea, in the footsteps of the original Beetle and the Golf. But this will only be the case if EVs take off with a vengeance, and there’s no indication that this will happen any time soon.

For an electric, however, the ID.3 is a very good effort, beginning with its futuristic, yet easily digestible style, both inside and out. This is the model in VW’s electric MEB architecture, which will be used in a large number of future VW Group EVs. In the ID.3, it features an ideal 50:50 weight distribution, and with 146 or 204 horsepower, there’s plenty of power to move the car with a sense of urgency.

When fitted with the more powerful engine and the smaller battery, the sprint from 0 to 100km/h takes just 7.3 seconds, while the top speed is governed at 160km/h. The power delivery is as instant as it is seamless, and the acoustics are especially impressive. The powertrain, clearly audible on other EVs, remains totally silent, and VW has managed to suppress wind and tire noise to a surprising extent as well.

The damping is rather harsh, but road holding is commendable, with precise steering. The ID.3 is practical as well, with a rear seat that feels as spacious as a Passat’s and a sizeable trunk. With a ‘real-life’ range of 290 to 420 kilometres, it should be easy enough to live with – for those lucky owners that have the opportunity to charge it at home or at work. It’s a very good effort, though perhaps not exactly a ‘people’s car’ – which is the literal translation of ‘Volkswagen.’