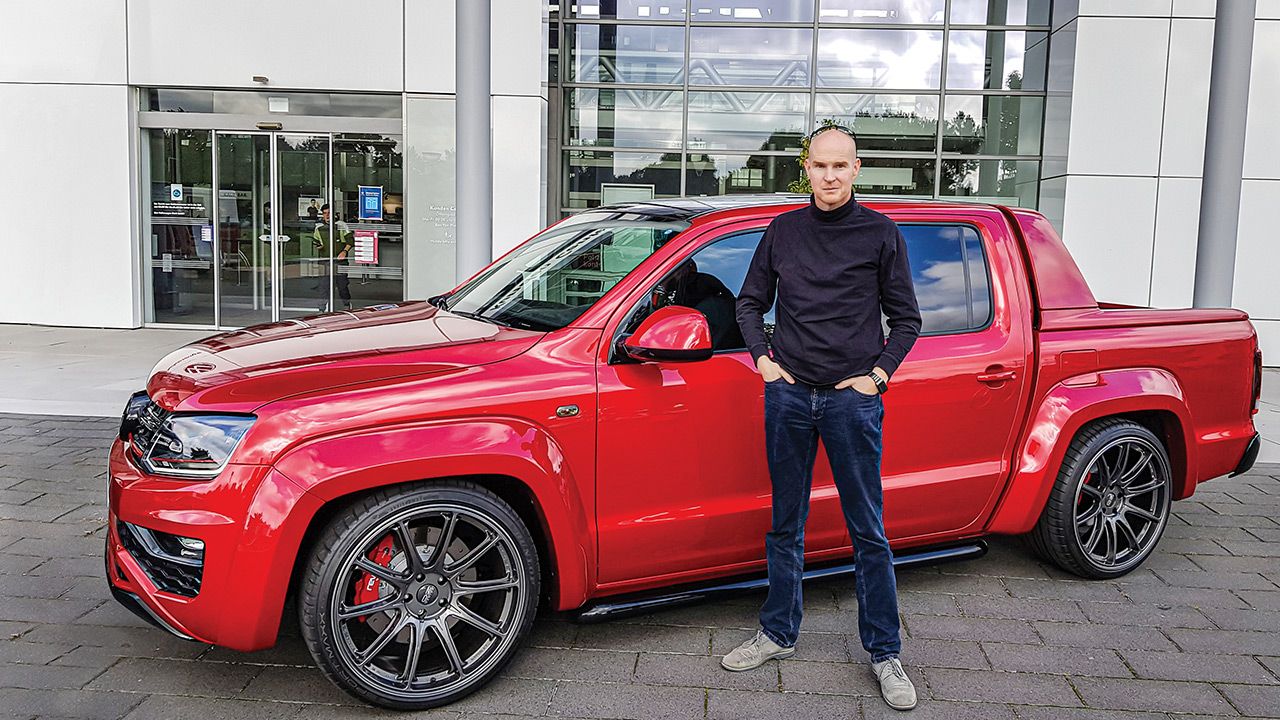 With a focus on EVs, carmakers are thinning out their conventionally powered line-ups.

With a new – if perhaps temporary – focus on electric vehicles, Volkswagen is thinning out its line-up of conventionally powered models. I’ve just had the chance to – once more – drive two of the most fascinating ones: the Touareg V8 TDI and Amarok V6 TDI. Both have since disappeared from the order forms in Germany.

The Touareg V8 TDI is a victim of Audi’s decision to kill off its fantastic 4.0-liter V8 TDI engine, which was initially used in the Bentley Bentayga, Porsche Panamera, VW Touareg, Audi SQ7, SQ8 and A8. Depending on the model, it was available in regular form with 422 horsepower, or with an electric booster with 435 horsepower. But it really didn’t need the e-boost because it never lacked initial low-end pick-up.

The V8 TDI transforms the Touareg into an extremely quiet and fast long-distance cruiser, with consumption figures that – in my estimation – are around 40% lower than a similarly driven V8 petrol engine. And the Touareg provides the perfect home for this high-end powertrain – this large SUV is fitted with a number of components that were designed to be shared with the stillborn second-generation Phaeton.

VW’s hasty move downmarket means that some originally planned elements have been struck out. The Touareg deserves luxury options, like an Alcantara headliner, and it would be an even better off-roader if it were available with a low-range transfer case – which was killed off early in the development process.

Yet, my time behind the wheel of the Touareg V8 TDI has convinced me it can hold its own against the best of the competition, including the BMW X5 and the Mercedes-Benz GLE. And the one great thing those competitors had no hope of matching was the V8 diesel. Now that this distinguishing feature is lost, I can’t say that I’m impressed by VW and Audi’s decision.

The Amarok V6 TDI, on the other hand, is a victim of the delayed EU-Mercosur trade agreement. VW has pushed the Amarok pickup out of its Hannover production plant to make room for the upcoming electric van, called the ID.Buzz – the plan being to henceforth import the Amarok from its production plant in Argentina. But the tardiness of the trade agreement means that it would now be slapped with a 30% customs duty. And VW has no Plan B.

That’s why the Amarok is gone in Europe, while it carries on in markets like South Africa and South America. I will miss it! Fitted with a 3.0-liter V6 TDI, it is by far the smoothest mid-size pickup truck on the market. The quality of materials is beyond class standards. It’s well-isolated and quiet, and surprisingly fast. In fact, it’s the one pickup truck that will make you feel like you’re behind the wheel of a premium SUV.

The Amarok really stands out in the form of the one-off Amarok Red Rock, a concept initially planned for the 2019 GTI meeting – a cult-like, VW-sponsored event in Austria. But it didn’t quite get finished for 2019, and the 2020 event has been cancelled because of the Coronavirus pandemic. With the Amarok now gone from Europe, VW has let a few writers take turns behind the wheel.

The Red Rock’s engine is blown to a full 350 horsepower, there is a lush paint job that can be more aptly described as lacquer, and the interior is clad with Alcantara almost everywhere. Plus, the suspension can be raised or lowered by remote control. Thus modified, the already impressive Amarok catches eyes everywhere.

While the Amarok is gone here, VW has promised a successor. Slated for a launch in late 2022, the next-gen Amarok will be co-developed with the Ford Ranger – on which the Endeavour is based.

With this co-operation, VW is following the footsteps of the failed Mercedes-Benz X-Class, a derivative of the Nissan Navara. The X-Class, given its technical base, was a lesser vehicle than the Amarok, and it suffered from packaging issues – there was hardly any storage in the cabin – but it was still impressive when fitted with the top-level 3.0-liter V6. The X-Class fell victim mostly to the botched cooperation, which manifested itself in Nissan’s unwillingness to allow for more customization or flexibility when production capacity was needed.

VW will undoubtedly study the case in order to avoid similar mistakes. There is hope for enthusiasts – I hear that the next Amarok will be offered with a V6 TDI again.