Home » Opinion » Jens Meiners » Jens caps off 2018 by positioning himself – quite happily – in the driver’s seat of some great cars.

Jens caps off 2018 by positioning himself – quite happily – in the driver’s seat of some great cars. 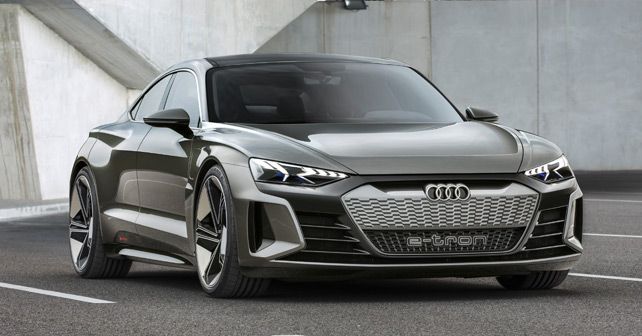 Jens caps off 2018 by positioning himself – quite happily – in the driver’s seat of some great cars. A trend he hopes to continue well into 2019…

The craziest car I drove in this past month was clearly the fully-electric Audi e-tron GT concept, based on the upcoming Porsche Taycan, and slated for launch in late 2020 – about a year after the Porsche. The Audi looks absolutely spectacular, more angular than the Porsche, and arguably more aggressive.

The corporate dynamics are interesting to watch. Porsche is supposed to take the lead on Audi, but the e-tron GT’s 590 horsepower is within striking distance of the Taycan’s 600 horsepower. The architecture, called J1, was conceived by Porsche, and the great part is the footwell for rear passengers – there are no batteries in this spot, and this allows the Taycan and e-tron GT to be far lower than typical electrics with their double floor.

The Audi’s interior is ultra-futuristic, and when I got to drive it on the city streets of Los Angeles, I got a glimpse into the future. To be quite frank, however, the style intrigued me far more than the e-motors. The prototype was fast, but the novelty of an electric powertrain wears off quickly.

When it comes to market, the e-tron GT will sprint to 100km/h in less than 3.5 seconds, and reach a top speed of 240km/h. Audi is planning a fast-charging network that should make recharging a quicker affair than right now. Plan on an extended coffee break – there should no longer be a need for a multiple-course tasting menu to keep you occupied while the electricity is dripping into the accumulators.

The e-tron GT will be a beautiful example of Audi and Porsche teaming up – and so is the new Porsche Macan, which I drove in Mallorca last month. This SUV is immensely important for Porsche’s bottom line, and I believe that the four-cylinder Macan is the best-selling Porsche of all. In the past, this was the only petrol-powered Macan with an Audi engine, but, now, Porsche has thrown out its own V6 engines and replaced them with Audi engines instead. The new 3.0-liter V6 is the same unit that powers several Audi models, and it has lost a bit of sound and soul.

The Macan benefits from an upgraded infotainment system, with a much larger screen, and it’s so compact and agile that it’ll give the competition – in the form of the BMW X3 and X4, the Audi Q5 and the Mercedes-Benz GLC – a run for their money. The German offerings in this class are stunning, and they are all far ahead of the Japanese and American competition. Italy’s Alfa Romeo Stelvio and Maserati Levante come closer, but with imperfections.

Another model I found myself in the driver’s seat of was the Mercedes-AMG A35 – a new model that fits nicely between the new A250 and the upcoming AMG A45. The gap between the A250 and the AMG A45 was far too big in the past, and the expected power boost to 400 horsepower for the top model leaves plenty of room for the 300-horsepower AMG A35.

It hits 100km/h in 4.7 seconds and tops out at a governed 250km/h. Turn-in is precise and road-holding impeccable. And if you unselect Sport mode, the AMG A35 turns into a comfortable, safe and fast long-distance cruiser. Too bad it’s not slated to come to India anytime soon.

And for the sake of nostalgia, I also drove the ‘Final Edition’ of the VW Beetle – which marks the end of the somewhat sporty model line that failed to recreate the success of the initial New Beetle. Painted in retro colours and fitted with upmarket equipment, this late iteration of the PQ35 platform reminded me that fun to drive doesn’t require a lot of power or the latest electronic gadgets. On the Pacific Coast Highway, as well as in West Hollywood and the adjacent mountain roads, it brought plenty of smiles over the course of an entirely carefree day.