Karl believes in the saying, ‘less is more.’ But, when it comes to automatics, apparently more is more… 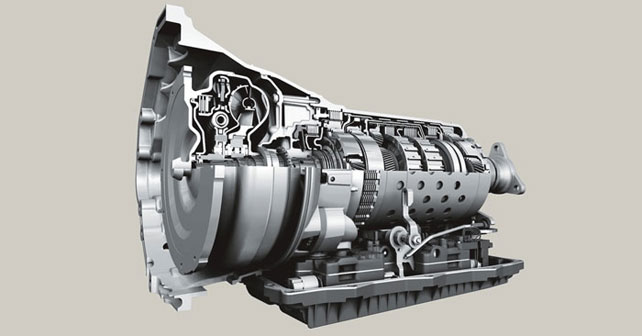 For years, we ran around in four-speed automatics. Do you remember the moment when a six-speed automatic was announced? The voices chimed in, “How on earth could we use any more than four speeds?” Yet the benefits silenced the critics. Less fuel used, smoother shifts, and long legs for winding a car right out. As soon as seven speeds were mentioned, the same voices were heard. “Why do we need more gears?” And so it went for eight gears, and now nine. A distinct memory of mine is the first time I drove an eight-speed auto – it was fitted to a BMW X5 with the 4.4-litre twin-turbo V8.

Under acceleration, it didn’t give me the lovely rise and fall of the revs that a six-speed did, instead it kept the revs in what it determined to be the sweet spot, with only a small flare now and then. So when people criticised Aston Martin for staying with the six-speed in the new Vanquish, I was one of the few to commend AM. But, now, it has an eight-speed. A cause for worry? Not really. It’s the quickest production Aston ever – the One-77 doesn’t count – and puts it more in line with similarly-priced supercars, instead of just being a tag-line by a parrot: “Who’s a pretty boy?” It uses less fuel, too, if that’s your concern when buying a 6.0 litre V12. Jag uses that gearbox in the F-Type R Coupe, which is one of my all-time favourite cars. Another all-time favourite, the Land Rover Discovery, also uses the same gearbox. And it’s equally wonderful in the Maserati Ghibli. In fact, as automatic gearboxes go (notice I’m not including dual-clutch transmissions – Ferrari’s is the best in that category) the ZF eight-speed auto is my favourite. It never puts a foot wrong, is quick when called for, and creamy smooth at other times. So how on earth did they get it so wrong with the nine-speed auto? My first foray into the nine-speed was at the launch of the Jeep Cherokee. Okay, so it’s only mated to a 2.4-litre four-pot petrol, which means it’s never going to set the world on fire when it comes to performance. Still, you would have thought it would be calibrated specifically to that engine.

But what you get is a clunky, indecisive transmission that either hangs onto gears far too long or changes up too early – labouring the engine. Manual control won’t allow you to take advantage of eighth and ninth gear at freeway speeds, which means you’d have to be on an autobahn to hop into the higher ratios. Okay, what about in a larger petrol? 3.2-litre 300hp V6 should be enough, right? Well, no. The same hunting habit emerges, as it tries to work out which gear would suit your needs. And then when it does shift, it shunts. Perhaps a diesel will help? We tried it in the Range Rover Evoque, and this time it’s coupled with stop-start tech. Big mistake. It shunts and hunts, or simply doesn’t change when you want it to. It’s almost like it only looks at road speed and not throttle position. I think the real issue is that these were the only two cars to have slotted in the nine-speed box. It was a race between Land Rover and Jeep to be the first into production, and therein lies the problem. If more time was spent testing and calibrating, rather than looking for ratio-count bragging rights, it may have worked. As it is, the nine-speed is just silly. Perhaps the two companies would be better served installing the fabulous eight-speed box instead. After all, less is more.