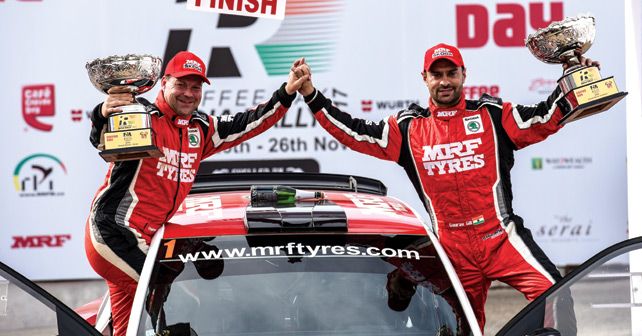 Gaurav Gill needs time to plan and prepare the all-out assault on WRC-2 that Indian motorsport fans expect from him.

Patience is supposed to be a virtue. But in a sport where split seconds and a wrong turn or slightly more or less than required pressure on the pedals can be the difference between victory and disaster, patience can also be very hard to come by. Not only for those who put their reputation on the line behind the wheel but also those watching from the sidelines.

There were definitely times when the pattern of Gaurav Gill crashing out of a rally was enough to send India’s motorsport media and fans – at times it’s hard to tell one from the other – into despair. Gill himself made no effort to hide his disappointment every time he fell short in his quest to win a FIA Asia-Pacific Rally Championship crown.

Fast forward to 2018, however, and suddenly it all seems to be falling into place for the rally driver who is arguably India’s best ever. Three APRC titles in five years and two in a row against the best of Skoda supported drivers have now led MRF Tyres to take a chance at the international level.

The WRC-2 category of the FIA World Rally Championship is the higher of the two support categories in international rallying’s premier championship. It’s the rally equivalent of Formula 2 and Moto2 for Formula 1 and MotoGP, respectively. Neither Gill or MRF are wading into these waters blindly. Gill knows that WRC-2 is inhabited by the same Skoda supported rally aces who he competed against in APRC – some graduated to WRC – and MRF knows that it will be up against tyre manufacturers like Michelin and D-Mack.

It won’t be a cakewalk, and patience will be required both by Gill and MRF and also by those eagerly watching from the sidelines. Especially when you consider that Gill is likely to suffer the same problem of limited mileage as compared to his competitors, as he did in APRC. The engineers who worked with Gaurav estimated that up to two or three seasons would be required for Gill to be truly competitive and fight for wins in WRC-2.

There will also be some time required to adjust from driving a Skoda Fabia to driving a Ford Fiesta, which MRF has announced it will use in its attempt at the global level.

The cars in WRC-2 are prepared to R5 specifications, which runs across the different manufacturers. Gill has already proved to be a fast learner and a versatile driver, given the different kinds of cars he competes in throughout the year. Making the switch from a Fabia to a Fiesta is likely to be the least of the hurdles he will have to overcome.

The biggest hurdle is likely to be getting accustomed to new surfaces and a more competitive field than he faced in APRC. Competition is something that Gill craves, however. And at times he has been impatient to move up rallying’s pecking order, but well over a decade of competition has led to a more mature approach.

And this has been the key to his recent successes. These successes have, in turn, led to increased anticipation among those following Gill’s story. And that has, in turn, led to slight impatience. For my part, I will not expect too much from Gill and MRF’s WRC-2 outing aside from what they have promised, which is a campaign that will ‘test the waters’.

Where this story goes from there is anyone’s guess but I, for one, am glad that the leap has finally been taken.