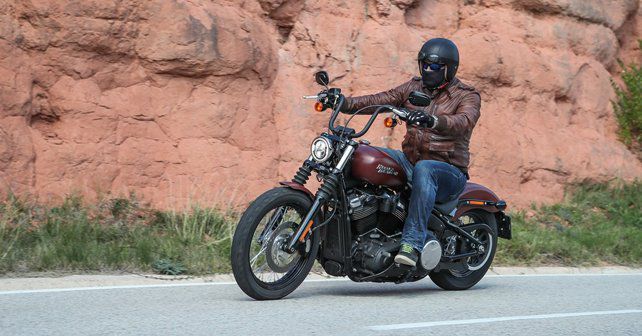 The new Harley-Davidson Street Bob was also launched along with eight other models in the Softail lineup for 2018. The major improvements to the new Softail lineup are the new chassis, new suspension, and new design, and of course, the introduction of the Milwaukee-Eight engines in all the models.

The Street Bob is also lighter by 7 kilograms compared to the previous model. The seating, however, isn’t the most comfortable as your legs do feel a little cramped. You sit in a squat position with your knees leveled with your waist and your feet fairly close to your body. It does take some time getting a feel for this position, but after a while, you will get the hang of it. You can obviously customize the positioning of the foot-pegs and handlebars if you don’t feel that you like it. 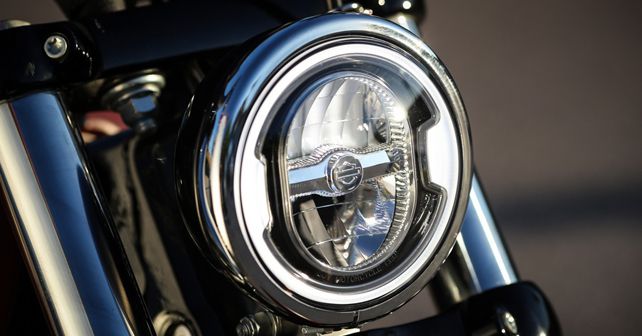 The new chassis that has been developed for the Softail range is also extremely impressive. It is lighter and stiffer, and it makes the bike more stable and offers a better overall riding experience. The Milwaukee-Eight engine is rigid mounted onto the frame and there are no vibrations felt at all. The rear also gets a mono-shock at the rear that can be adjusted. The standard setup felt very good, but we were riding on some very nice roads in Spain, so we cannot say how it will feel on Indian roads, but the fact that it is easily adjustable is a big plus for Indian customers.

The bike also handles really well, thanks to the new suspension, and it also gets a better lean angle that will surely help in cornering. In fact, I couldn’t believe what the Street Bob was capable of doing. I could easily attack tight corners with good pace and lean heavily into either left or right turns. The bike itself is already light but it’s also certainly the most agile in the entire Softail lineup. The handling capabilities have really impressed me in the Street Bob.

The new Milwaukee-Eight 107 engine is a 1745cc V-Twin unit that is liquid cooled and has a torque rating of 145Nm. The engine is very well refined and super smooth. The torque delivery is constant throughout the revs, and even when you’re in a tall gear at lower revs the torque is always available. Thanks to its great mid-range you won’t need to constantly play with the 6-speed transmission - but even if you do, changing gears is hassle-free. The throttle response is also very good and because the Street Bob is the lightest it also feels like it has the best acceleration out of all the models we got to ride. 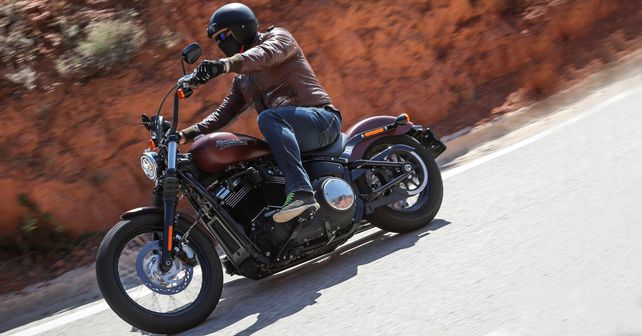 Overall, the Street Bob is a huge improvement over the previous model. It’s very easy to handle and it looks very good as well. It’s also the most affordable model in the new lineup and this is certainly another positive step in the right direction for the legendary American bike maker.

X-factor
The most engaging, no-nonsense cruiser that we’ve ever ridden.