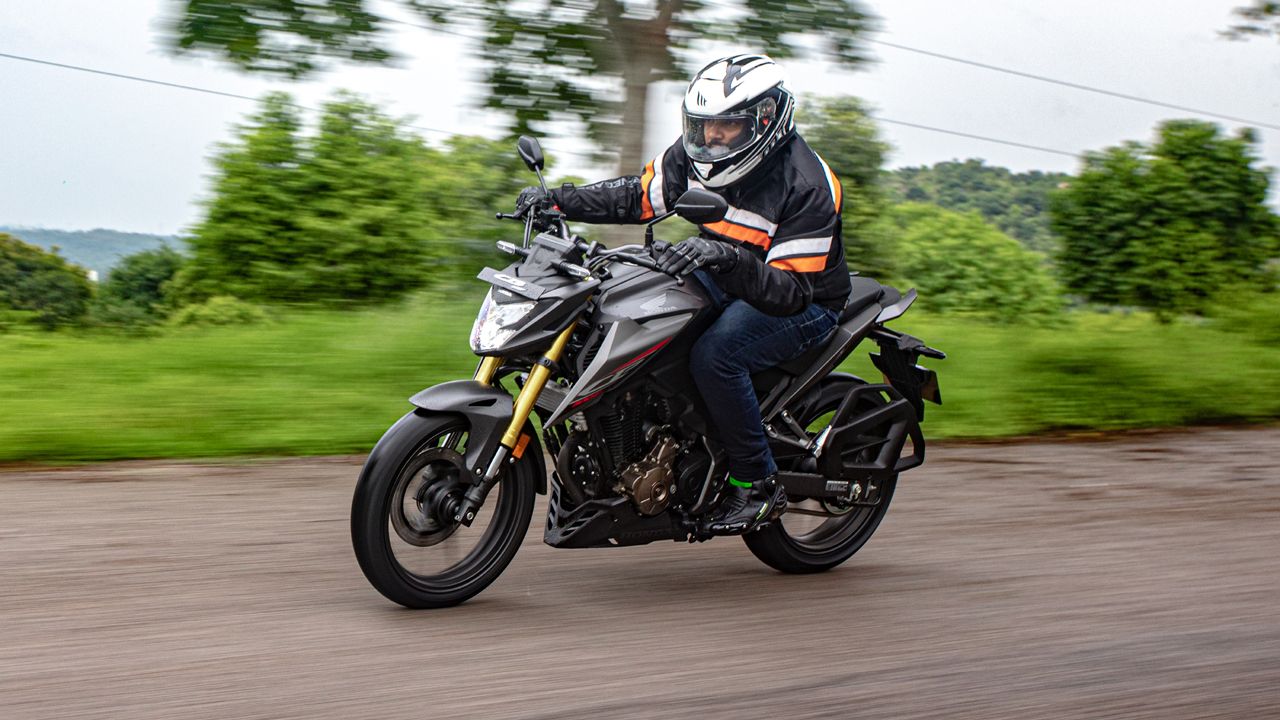 The all-new Honda CB300F is here to disrupt the 250 – 300cc motorcycle segment. But despite the familiar styling and a fairly steep price tag, does it have enough to accomplish its mission?

BigWing, Honda Motorcycle & Scooter India’s dedicated premium big bike business vertical, has been expanding its footprint at a great pace. Since the launch of the first BigWing outlet in Gurugram, Haryana, in 2019, the retail chain has grown to 100+ outlets in just three years. While it shows great commitment from Honda and an overwhelming response from customers, the brand is well aware that to rake in the required sales numbers to keep up with the ever-growing competition, it will have to focus greatly on entry-level offerings. And thus we got the H’ness CB350 roadster in 2020, which went on to become BigWing India’s entry-level offering, and now, it has a streetfighter companion – the all-new CB300F. 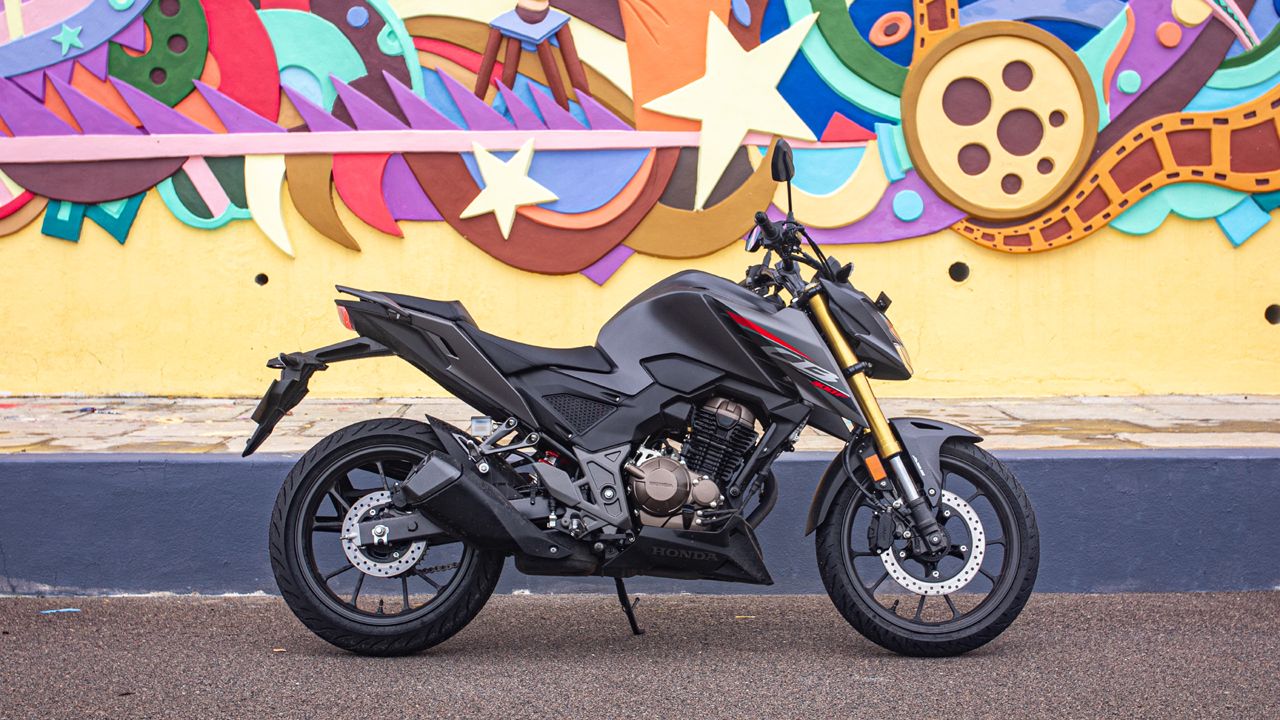 At this point, those aware of Honda’s BigWing model line-up might question the purpose of the CB300F’s existence, given the presence of the CB300R. However, the two models are not to be confused with each other. That’s primarily because the CB300R is a ‘Neo Sports’-inspired café racer and essentially more of a lifestyle product. The CB300F, on the other hand, is an entry-level naked streetfighter with an all-new oil-cooled heart and frame, according to Honda. The new 293.5cc engine (about 7cc more than the CB300R’s motor) gets a single overhead camshaft compared to the double overhead cam layout of the latter. Moreover, the CB300F is touted as a more practical product than the CB300R, which is evident by its 14.1-litre fuel tank compared to the latter’s 8.7-litre unit.

So, with this clarification out of the way, it’s time to take a look at what the CB300F offers to the everyday rider and find out if it can disrupt the mid-capacity naked motorcycle segment. 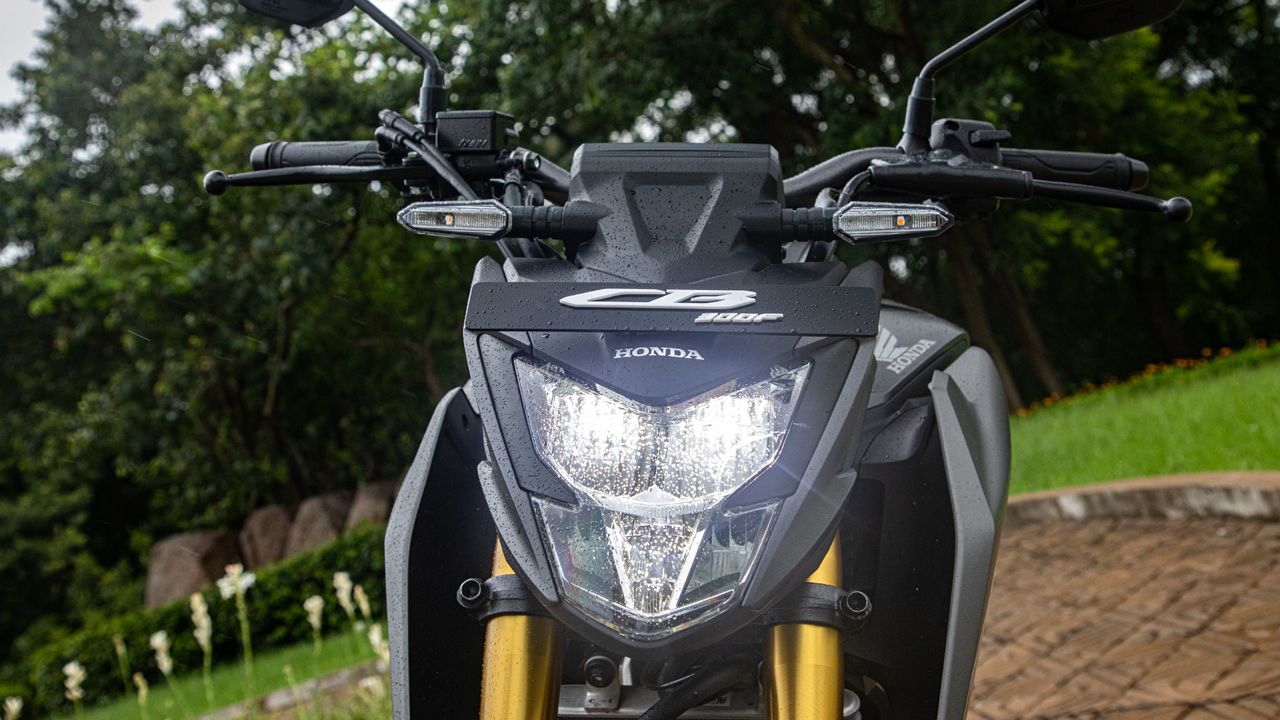 What do I think about the CB300F’s styling? Well, in a word, underwhelming. That’s because when I first saw the bike during its launch, it came across as a bit too diminutive for a 300cc offering. Maybe I was expecting it to have a bulkier body and a heftier look. Apart from this, the headlight cowling and golden-coloured USD front fork instantly reminded me of the Hornet 2.0 – Honda’s 180cc streetfighter. On closer inspection, I found the front end of both bikes to be extremely similar, which is something I did not expect with an ‘all-new’ product. Considering these observations, I couldn't but conclude that the CB300F doesn't look distinct enough – it lacks visual uniqueness. But, then, the way it looks is not bad at all. If you’re not after a unique design, you'd really like its sharp and handsome design. And the best part is that there’s no attempt to go over-the-top in terms of overall styling. The 17-inch alloy wheels look smart, and the golden USD fork adds a bit of flair and sportiness. Speaking of sportiness, the pointy fuel tank extensions on either side might look a bit unnecessary in pictures, but trust me, they work well in the real world and look quite imposing. 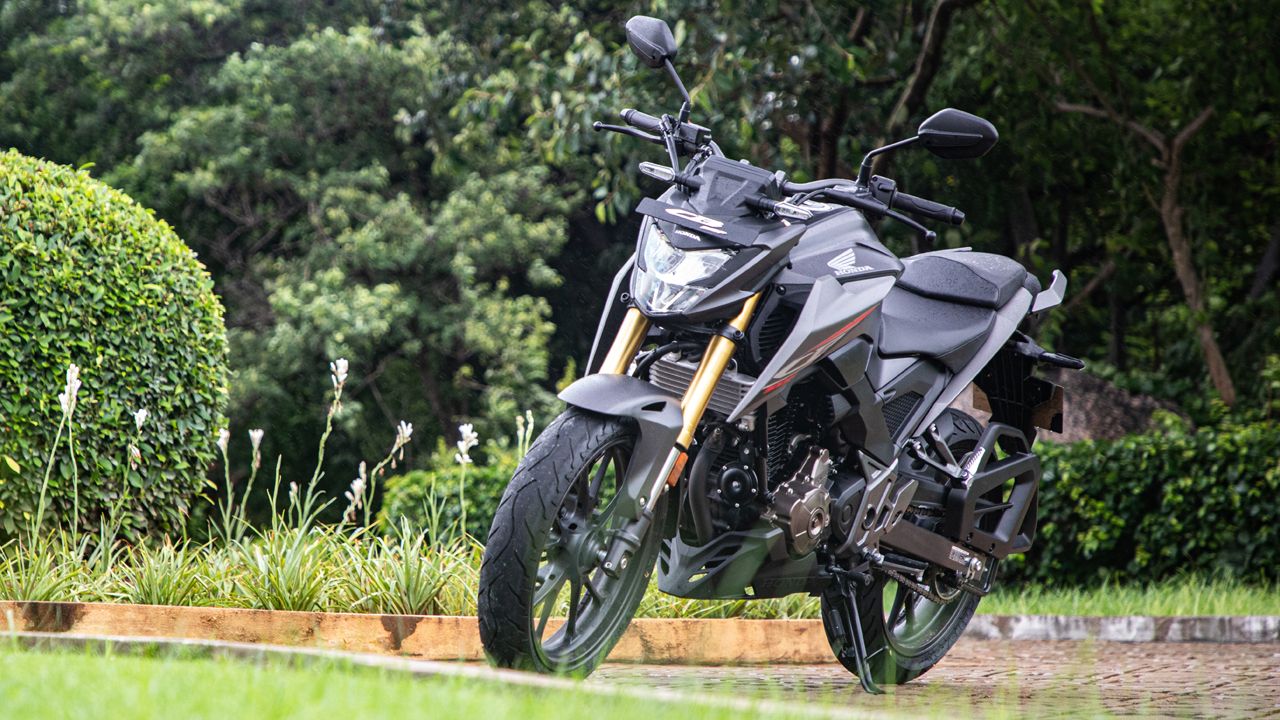 Yes, you read the sub-heading right. That’s because the waterbed was one of the first things that popped into my mind when I was looking for a word to describe the CB300F’s ride comfort. A quick jaunt to some of Ramoji Film City’s iconic spots was more than enough to cement the CB300F’s reputation as one of the most comfortable bikes I’ve encountered in a long time. This is one aspect of the bike that I really couldn’t fault. From the riding posture and the handlebar’s positioning to the seat’s shape and support & cushioning, it aced all aspects of the ride experience. I mean it was an absolutely fatigue-free experience to ride the bike even on soaking wet roads, and its ride felt as relaxing as lying on a waterbed. Though I did not get enough time to give the rear seat a try, I’m quite sure that the comfort levels for the pillion rider would also be the same, if not more. I also say this because the CB300F comes with a five-step preload-adjustable mono-shock at the rear. 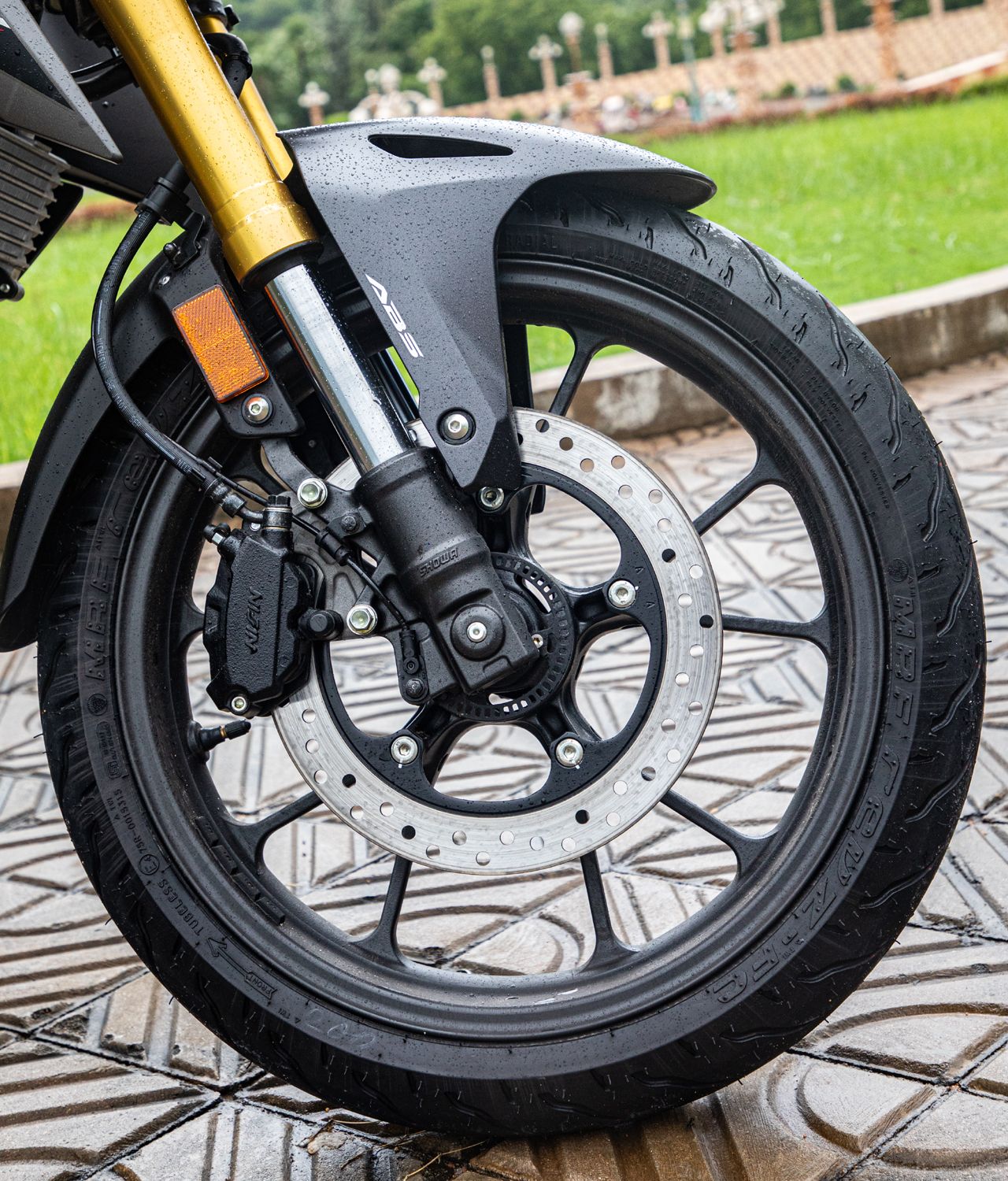 But there is a fly in the ointment after all. While the bike offers unparalleled comfort, it can do with some improvements in the handling department. Tipping the scales at 153kgs, the CB300F is quite light on its feet. And this lightness doesn't seem to work in its favour. That’s because while riding the bike on some twisty sections, I realised that the front end barely offers any feedback, and every time I wanted to lean into a corner, I had to manoeuvre quite cautiously. I’m quite sure all this can be improved by replacing the factory-fitted MRF Revz tyres with grippier rubber, but that inherent lack of weight at the front might still deter the rider from committing to a corner. To compensate for this a bit, fortunately, the CB300F comes with pretty good brakes (discs at both ends), and the dual-channel ABS works effectively but in a non-intrusive manner. So, while it may not be the best handler around bends, it will certainly do well in terms of slowing down for them. 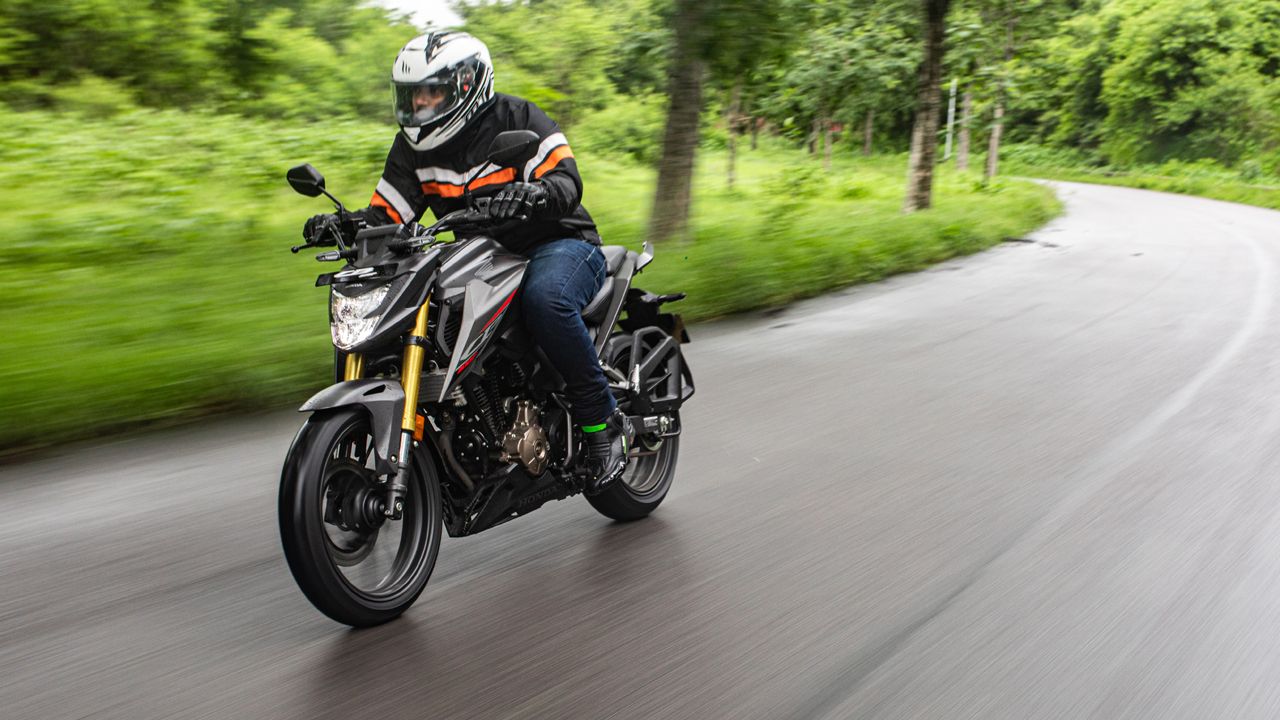 Matters of the Heart

In my opinion, the star attraction of the CB300F is its all-new 293.5cc oil-cooled four-valve heart. Honda says that the engine was designed from the ground up, and the CB300F is the first model to be powered by it. The motor is seriously refined and super-smooth. The way it delivers power is exceptional, and you can really push this motor to its limit. And what's interesting is that you’ll like doing so more often than usual, given that vibrations are very well contained. I managed to push the bike in each gear, and not once did I feel vibrations either through the body or the handlebar. Plus, the flawless working of the slip & assist clutch only adds to the overall riding experience. I could feel the rev-matching mechanism at play; be it upshifts or downshifts, the gear changes were super slick. And a major reason that I could push the bike to its limit even during heavy rainfall was the presence of Honda Selectable Torque Control, or traction control, in simpler terms. Some might argue that it’s not the most beneficial feature for a bike with this amount of power, but these features really come in handy on rainy days, allowing you to put the power down effectively. 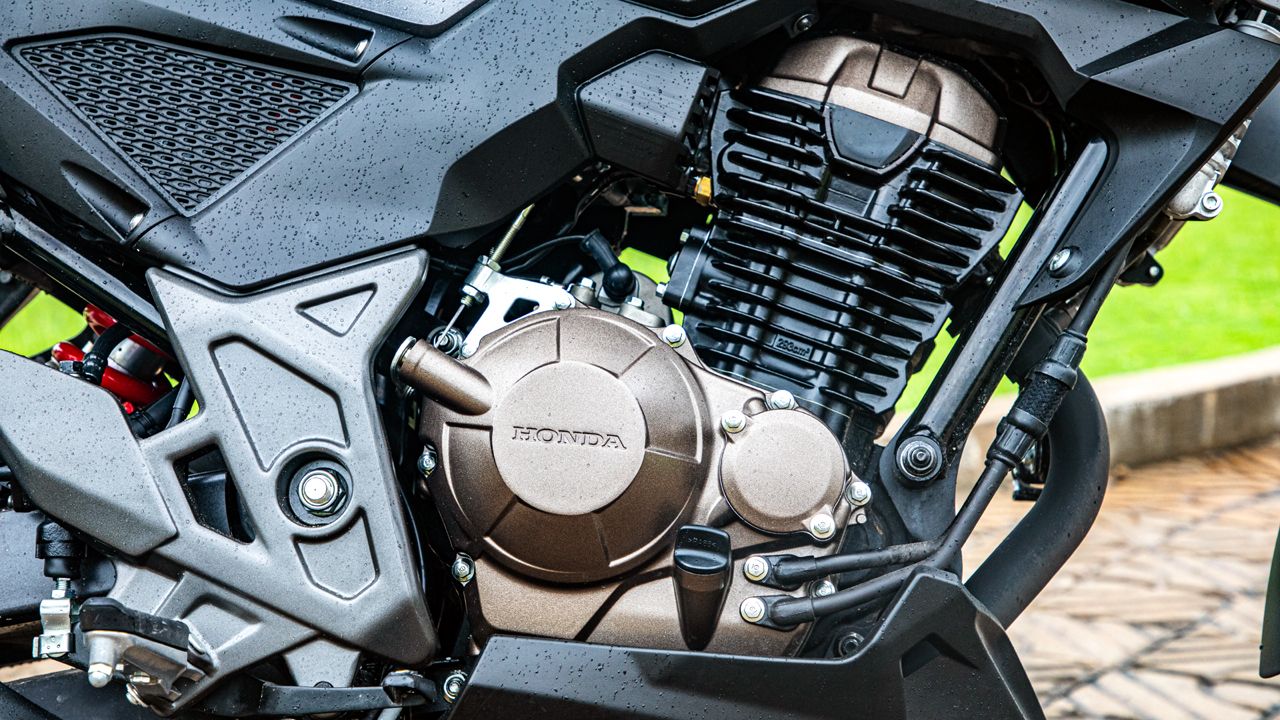 This is where things go a bit pear-shaped. That’s because, with a starting price of ₹2.26 lakh (ex-showroom), the Honda CB300F demands a heavy premium when compared to a more powerful Suzuki Gixxer 250, which costs about ₹40,000 less. And, it’s only ₹10,000 cheaper than a much more powerful KTM 250 Duke. So, from a purchase decision standpoint, you really need to be a fan of the bike – its performance, styling, and equipment list – to go for it. But all comparisons aside, I think the CB300F is a very well-rounded product. In fact, you need to ride it to believe just how good it is.

X-Factor: A supremely refined engine and exceptional riding comfort make the CB300F a strong competitor in the segment. 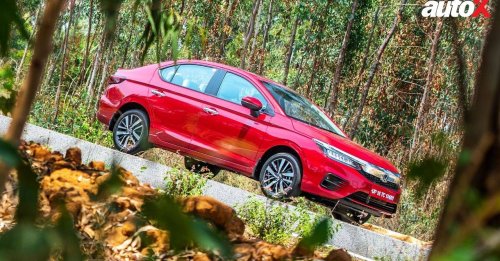 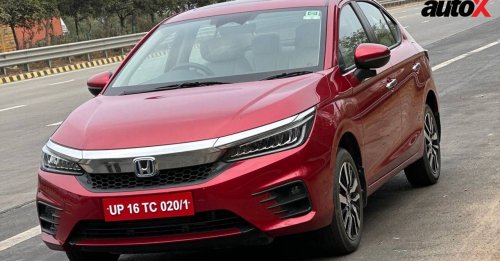