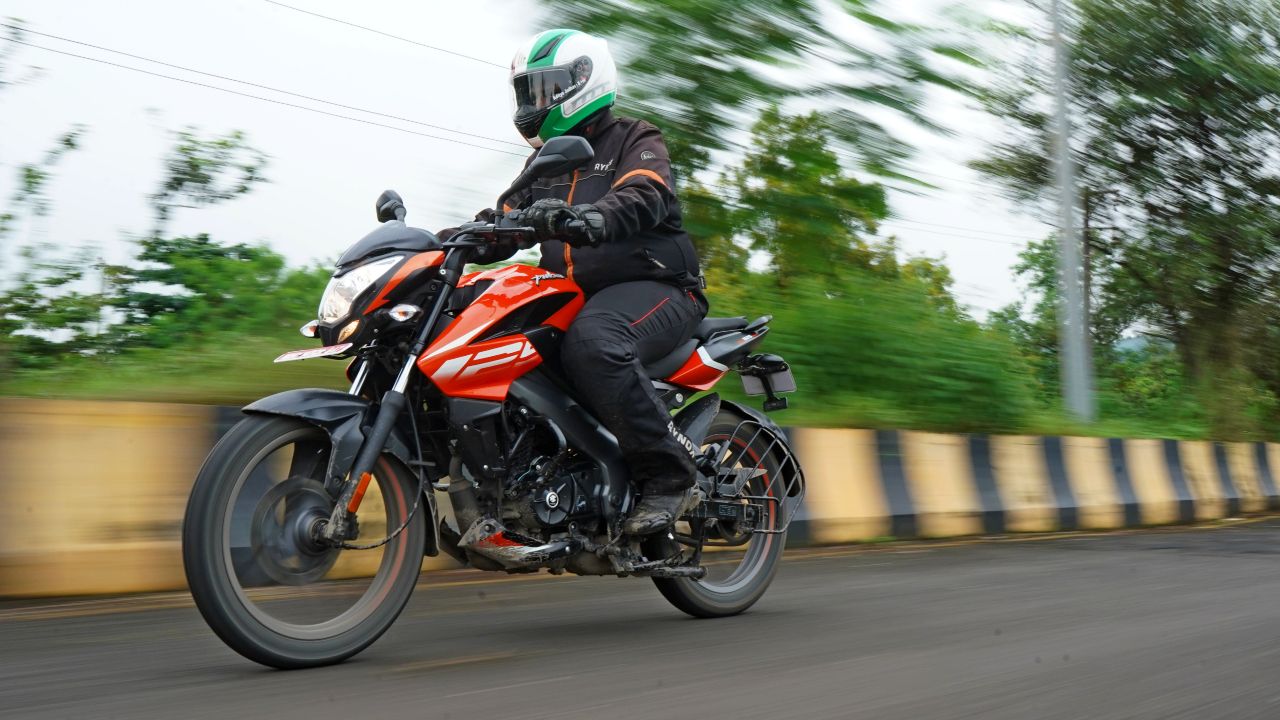 The NS125 gets some of its mechanicals and its styling from a segment or two above its reach. So, does that make it just a sheep in wolf’s clothing? We find out.

Bajaj products have always been synonyms with affordable performance, especially the Pulsar range. With the launch of the NS200 in 2012, the Chakan-based brand took the game to a whole new level. In the past nine years, the NS200 has received several updates and has seen two emission norms changes. This, of course, has resulted in a gradual, and substantial, hike in its price. 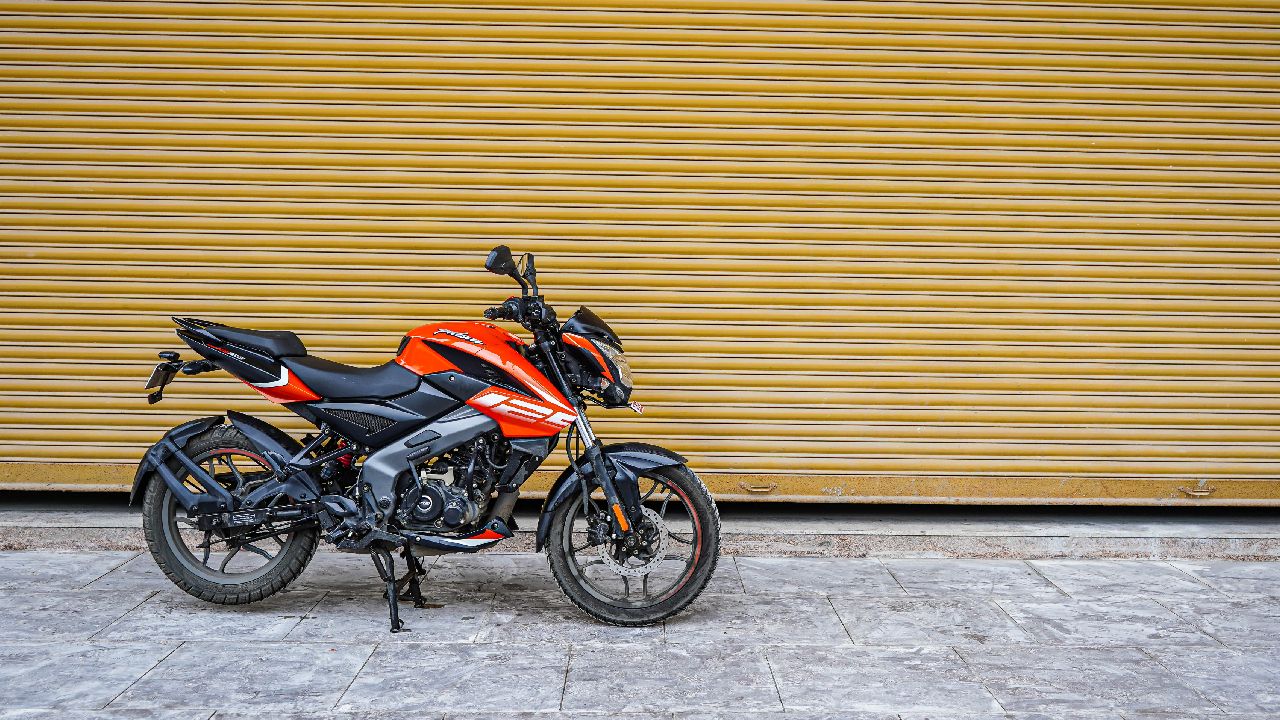 The NS200’s price has increased from ₹84,096 (in 2012) to ₹1.39 lakh (current price). In 2017, Bajaj expanded the range with the more affordable NS160, but it, too, now carries a sticker price of ₹1.15 lakh. Now, this has given Bajaj an opportunity to expand the range further with the new NS125. It all seems well and good, but the real question is the following one – will a puny 125cc motor do justice to the NS badge, which has always stood for affordable performance? 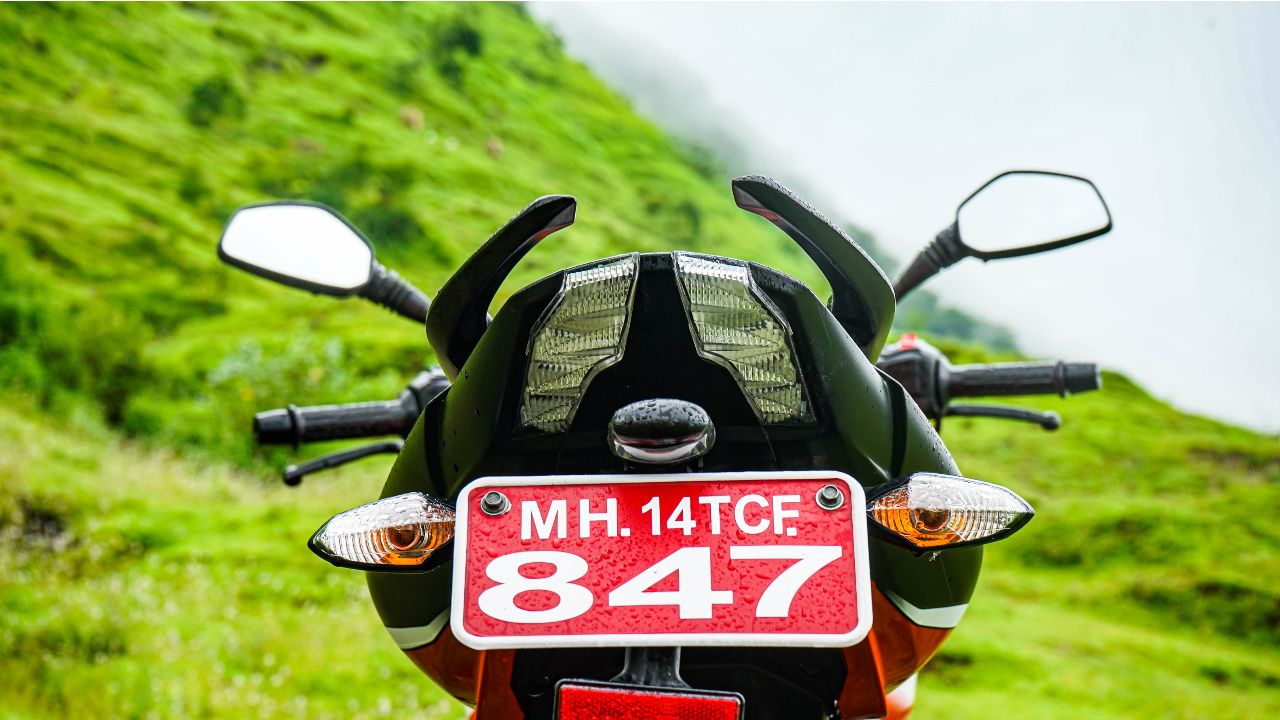 The Pulsar NS125 carries the same design language as that of the bigger NS160 and the near decade-old NS200. The tiny visor, clip-on handlebar, fuel tank, and semi-digital instrument cluster have all been carried over to the new entrant in the line-up. Bajaj has introduced new paint schemes and graphics with the 125, but, still, there is no denying that the design has begun to look a bit too familiar now. The NS125 also misses out on some essential features that have now become commonplace in the segment, like an LED headlamp, a gear-position indicator, and a side-stand engine cut-off. In terms of quality, the NS125 feels solid and has an overall impressive fit & finish. 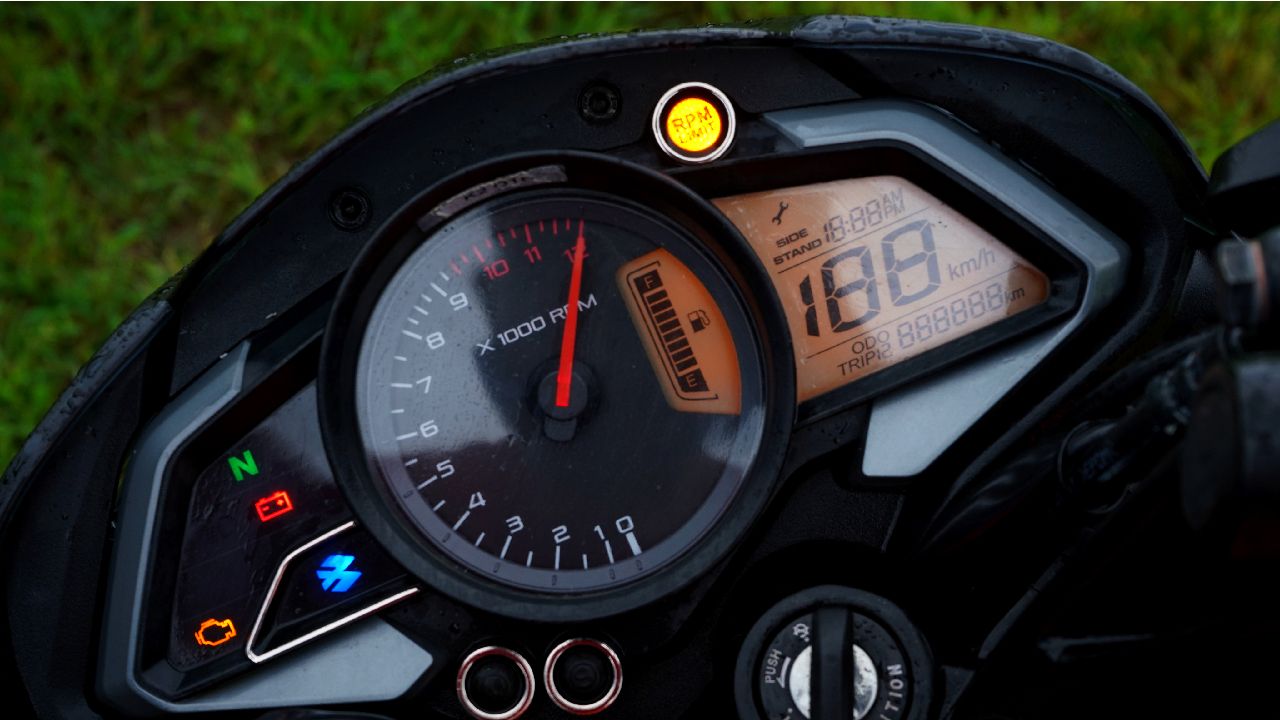 The NS125’s heart has been derived from that of the bigger NS160. With a bore diameter of 52mm and a stroke length of 60.7mm, this single-cylinder air-cooled 125cc motor is an under-square engine. There is sufficient grunt in the low- and mid-range, which makes it quite tractable in the city and sprightly, when you need it to be. The NS125 feels amply comfortable at speeds of about 60 – 70km/h and has enough meat to hit three-digit speeds. Post the 90km/h mark, though, the acceleration is rather slow and vibrations can be felt through the handlebars, footpegs, and seat. 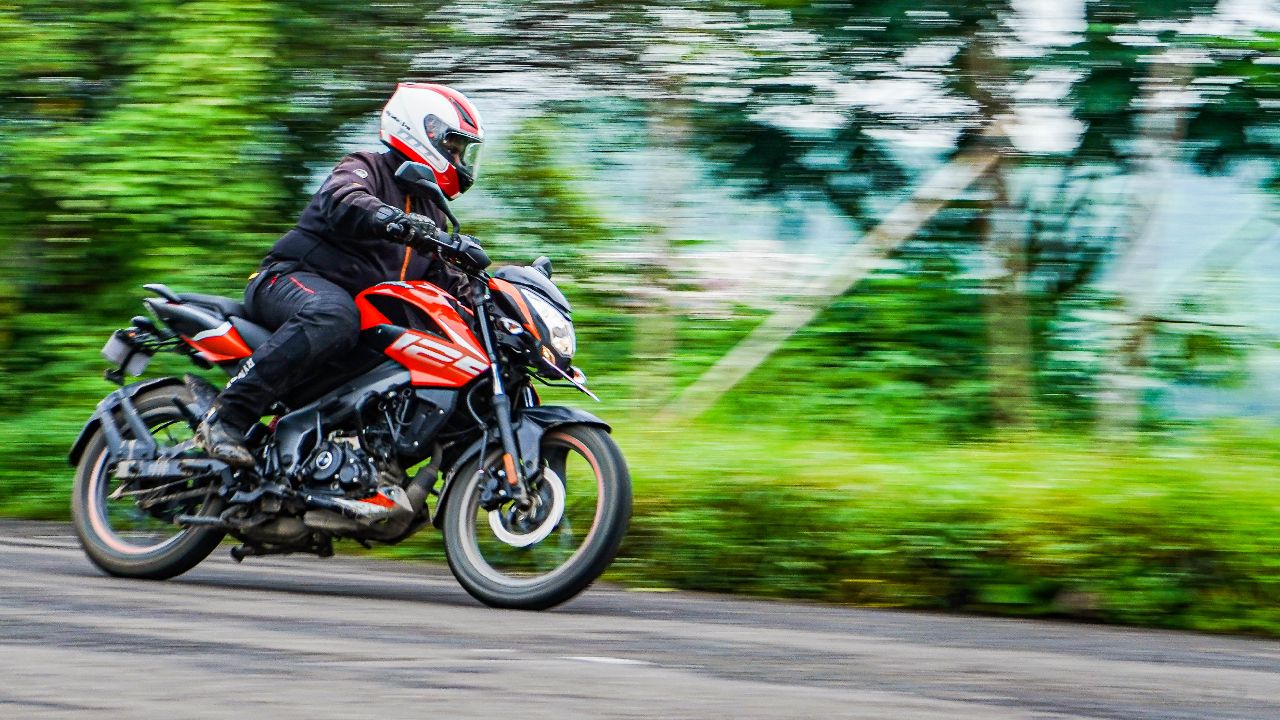 Since the introduction of the BS6 emission norms, almost all two-wheeler brands have made a switch to fuel injection, but Bajaj has taken a different, more economical approach with its e-carb system. The throttle response is crisp, and the engine revs freely right up to the 9,000rpm mark. Overtaking on the highway does require some planning and, in most cases, even a downshift. 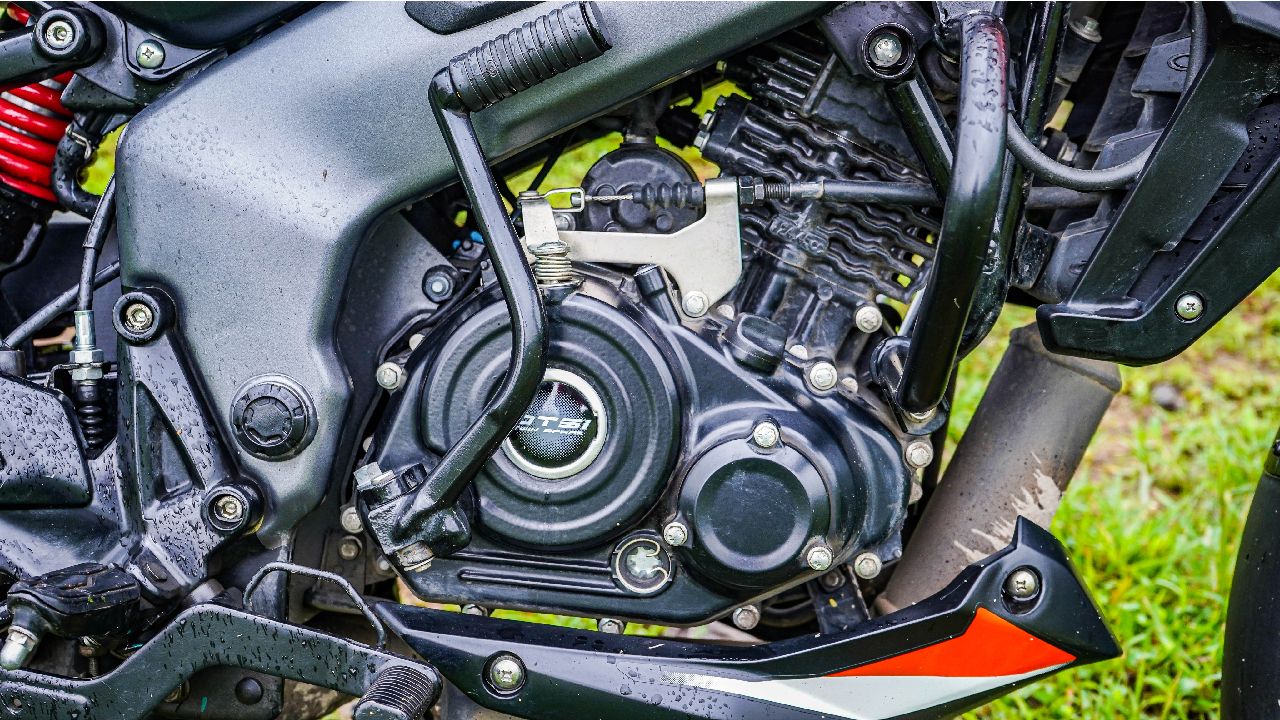 Speaking of which, its gear ratios are well-calibrated. You can move up the initial cogs quickly in the city and rely on fourth and fifth gears on the highway. The 5-speed transmission is slick, and the clutch action is light too. We did feel the need for a sixth cog on the highway, for it would make the engine feel less stressed at higher speeds. 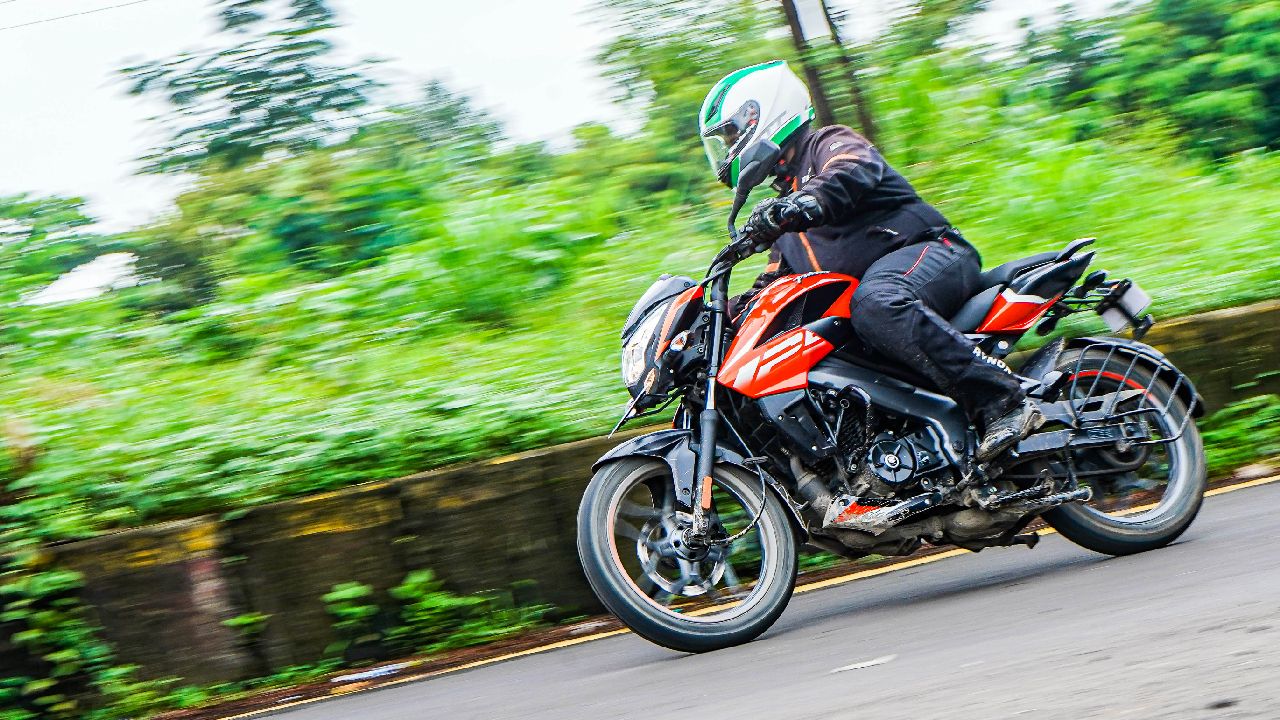 The ride quality of the NS125 is on the stiffer side. The motorcycle over-reads the road surface, which gets borderline annoying. However, the same setup works like a charm on twisties, offering firm, positive handling and spirited performance. Its comfortable rider’s triangle further adds to its overall ride experience. The clip-on handlebars are relatively lower and closer to the rider, and the footpegs are rear-set, giving the NS125 a sporty riding stance. 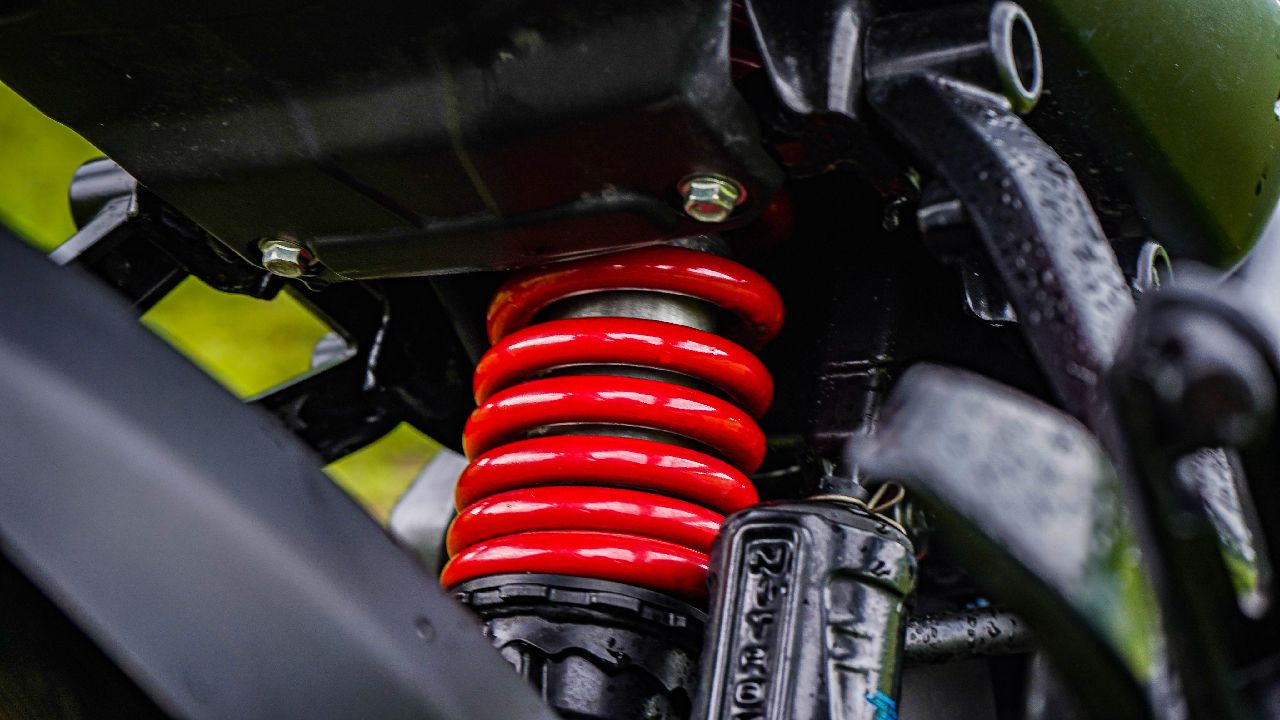 The motorcycle handles impressively. The overall chassis setup helps the NS125 hide its 144kgs of kerb weight. The bike has quick and sharp turn-ins and feels very surefooted, thanks to its stiff suspension. However, the Ceat tyres are not very good in terms of building the rider's confidence – a pair of MRFs would have been just right. 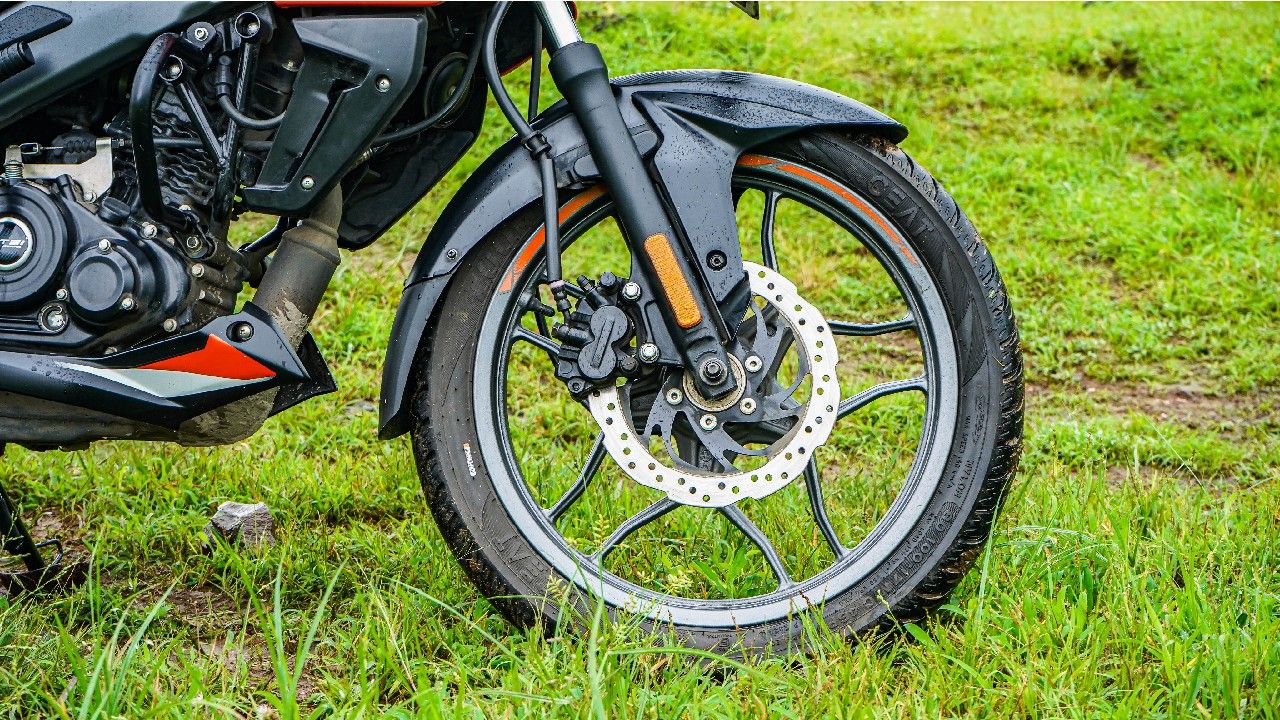 The NS125's stopping force comes from a disc brake at the front – which, by the way, is smaller than that of the NS160 – and a drum setup at the back. The brakes are linked together via CBS, and there is some room for improvement in the way the system is calibrated. The overall braking is barely adequate– you don't get any feedback, neither from the lever nor from the pedal. The braking hardware on the NS125 does need an upgrade, and we suspect that Bajaj may offer a rear-disc variant sometime in the future. 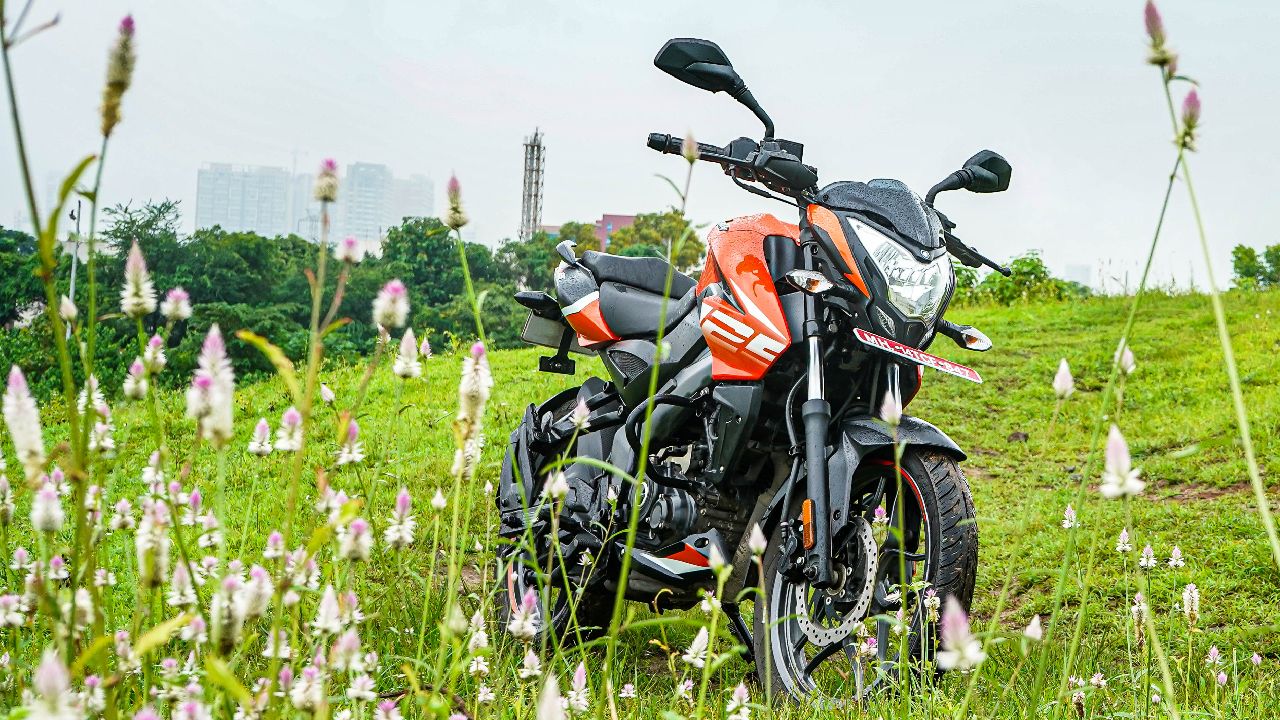 The pricing of the NS125 is quite similar to that of the Pulsar 150 Neon edition, which has a larger motor and makes more power and torque. In fact, for someone looking to spend around ₹1 lakh, the Yamaha FZ Fi is also an option to consider. While both the 150 Neon and the FZ Fi may seem like more sensible options, it wouldn't be justified to completely discount the NS125. It does, after all, have better underpinnings and hardware, like a perimeter frame and a rear mono-shock, both of which make the NS more engaging to ride. 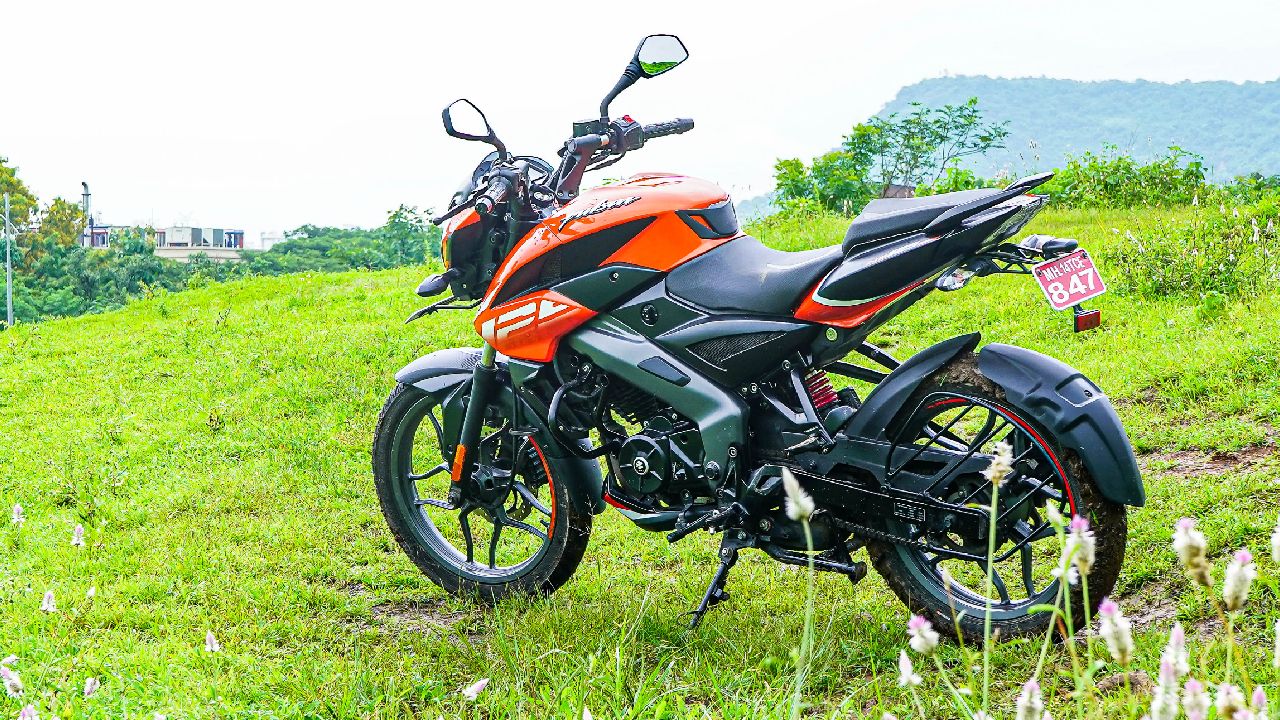 The NS125 is quite good in terms of everyday usability and offers a touch of sportiness in the way it rides. And it wouldn't be an exaggeration to say that it's quite a performer. In fact, we would go as far as to say that it offers a more involving ride than some motorcycles in the 150cc segment. Sure, it does fall behind in terms of features and has a slightly dated design, but like most Bajaj offerings, the NS125, too, offers an irresistible package at an attractive price.

X-Factor: The NS125 offers superior hardware and an engaging ride at an affordable price.

i really liked this article it has so many things to learn. Many thanks, I appreciate this