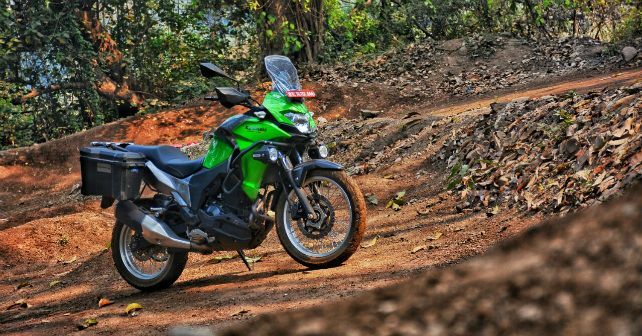 The Kawasaki Versys X-300 has the potential to take whatever you can throw at it, but it’s not without a few chinks in its armour…

Taking on an unsympathetic landscape as you ride into the horizon can be rigorous and demanding, but it’s a high like no other. And to embark on such a journey you need a motorcycle that’s been crafted for this very purpose – one that can take everything you can throw at it. Now, if you’re in the market for just such a motorcycle, you’ll find a few adventure tourers to choose from. But there’s a catch – most of these tourers are high-displacement and priced at north of Rs. 8 lakh – making such journeys a distant dream for the average enthusiasts. Moreover, such motorcycles are far from being sensible. Tipping the scales at around 250kgs, they are indeed on the heavy side. Now, add to that the weight of your luggage, and things become difficult to handle, especially – God forbid – if you find yourself parallel to the ground. What you need then is a motorcycle that’s reasonably priced and a bit easier to handle. In theory, the Kawasaki Versys X-300 is that motorcycle. It’s light, comfortable and has all the right elements to be a decent adventure tourer. But, it also has a few limitations. So, the question, then, is whether it’s worth putting your money on? 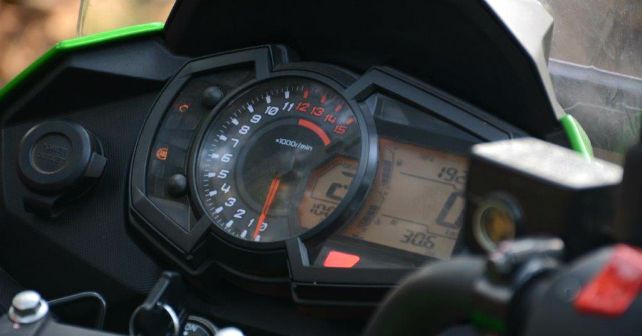 Built for a cause

I admire the way Kawasaki has shaped the Versys X-300 – it’s tall, but not intimidating, purpose-built but not overly aggressive and definitely a treat for the eyes. Starting from the front, the tall non-adjustable windscreen does a good job of wind protection for the rider. The tall handlebar, knuckle protectors, lightweight aluminium spoke wheels and, of course, the high ground clearance don’t quite leave its purpose to the imagination. The quarter fairing and the chiselled 17-litre tank offer a decent combination of form and function. And then there’s the well-finished, raked exhaust that sits below the single pannier. Ironic as it may sound, Kawasaki sells the Versys 300 only with a few ‘accessories’ as standard. These include crash guards, fog lamps, hand guards and a single pannier on the right. Prehistoric laws in our country make it mandatory for manufacturers to fit a saree guard, and the Versys 300 has been fitted with one that’s as large as a barbeque grille. This also accounts for the absence of a pannier on the left.

As far as features go, the Versys X-300 gets only the essentials. ABS, fortunately, is standard. Kawasaki has also equipped it with an assist and slipper clutch to help reduce effort and prevent rear-wheel lock, respectively. The instrumentation is nothing fancy –  it’s a standard semi-digital unit. It may not be overloaded with features, but it does display all the necessary information. Build quality all around is impressive. The pannier, however, feels poorly built – especially in comparison to the rest of the motorcycle.

If I were to use three words to describe the engine of the Versys 300, they’d be – smooth, vibey and unnatural, especially for the kind of motorcycle it is. Some of you might question my choice of words, but allow me to elaborate. Right from the word go, you’ll notice that this motor is buttery smooth. For the most part, the twin-cylinder unit puts its 38.7 horses to the road in a very composed manner. You won’t feel even a hint of gruffness, irrespective of the rev range. But that doesn’t mean that there are no vibrations. When riding at speeds between 95 and 105km/h, there’s a stinging buzz on the handlebar, pegs and the seat. However, past that mark, the vibes disappear rather surprisingly. The Versys X-300 uses the same motor as the Ninja 300. This means that its peak power only comes in at 11,000rpm, while the max torque of 25.70Nm is delivered at 10,000rpm. The peaky nature of the engine agrees well with a motorcycle like the Ninja, but, for an adventure tourer, it isn’t the most appropriate. But all is not bleak and grim, for there’s a silver lining to this. Due to the nature of the engine, the rear doesn’t step out unless you go hard on the throttle. Now, that’s something that should work quite well for callow off-road enthusiasts.

We won’t blame you if you’ve started to think that it’s all going south for the Versys 300. Fortunately, it still has a few cards up its sleeve. The beauty of the Versys 300 lies in the way its gearbox has been tuned. The first few ratios are geared quite short, so it’s superbly tractable. You can easily hold fourth gear at a speed of just 25km/h. This makes it exceptionally easy to ride through city traffic – making it a motorcycle that you can use for your commutes, rides and mild off-road endeavours. 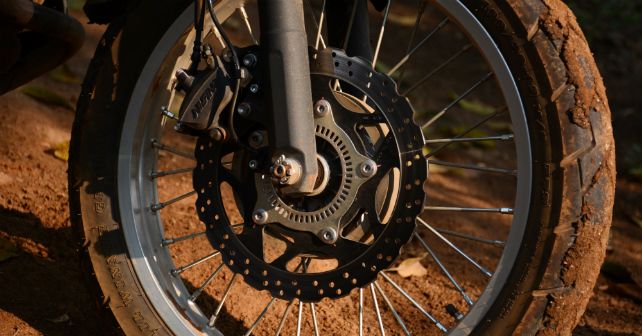 For a motorcycle that’s pegged as an adventure tourer, you’d expect the Versys X-300 to be tremendously comfortable – and it is. The upright riding posture is just perfect for long distances, and the 815mm seat height isn’t too tall for the average Indian rider. Speaking of the seat, while it’s wide enough for a posterior of any size, it is a bit too firm for long rides. That aside, a lot of the comfort factors can be attributed to its suspension – with long 130mm of travel up front and 148mm at the back. Combined with a ground clearance of 180mm, it gives the Versys 300 remarkable versatility. From unusually tall speed bumps and deep potholes to rough off-road terrain, the Versys is suited for it all. Considering everything that its suspension can take in its stride, the need for more grunt in the lower rev range is felt even more intensely. The off-road track in Panvel that we chose to ride on had been recently watered. While the IRC tyres did reasonably well on certain sections that had already dried out, there wasn’t enough grip in the regions that were still slushy. That being said, these are road-biased tyres and they perform impressively on the tarmac. Around bends, the Versys X-300 feels amazingly nimble – making it fun around bends. Braking of the 290mm disc up front is satisfactory, but the 220mm rear disc could have been a bit more immediate. 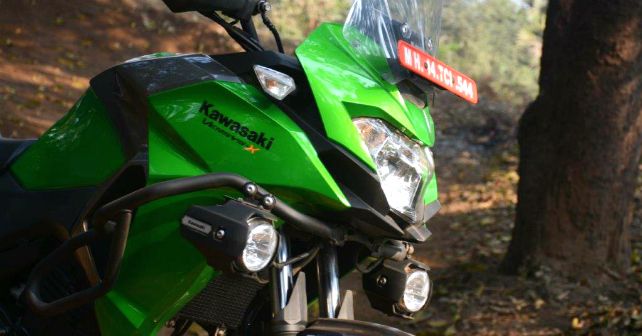 On paper, the Kawasaki Versys X-300 feels like a dream motorcycle for the average enthusiast. And in the real world too, it does a lot of things right. The engine is quite refined on the whole and is reasonably punchy. The riding posture is amazing for mile-munching and the suspension setup is versatile enough to take anything you can throw at it. However, the firm seat and vibrations from the engine are two standout drawbacks. The seat cushion, however, can be changed, and some might just adapt to the vibrations for the lack of another adventurer in this class. But, what will really push prospective customers away is it’s outlandishly preposterous price of Rs. 4.60 lakh (ex-showroom Mumbai). The Versys X-300 is a classic example of how a good product can become inconsequential if the price isn’t right.