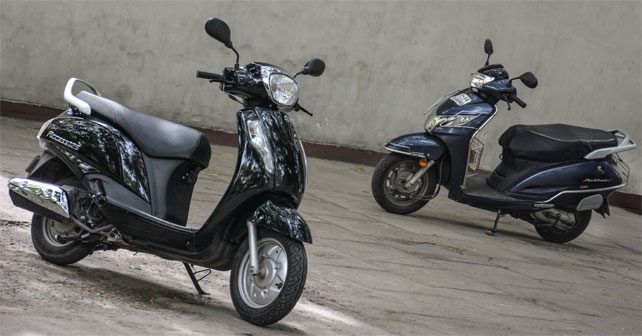 With the refreshed Access 125, Suzuki aims to one-up the Honda Activa 125 by offering more zing and style. So, can the Activa still hold its ground? We put both scooters together to find out…

At the risk of sounding like a broken record, we’d once again like to remind you that the Honda Activa is the best-selling scooter (or two-wheeler) in the country ever! While every manufacturer has tried to challenge the Activa’s supremacy, none of the rival products have been able to match its stardom. Suzuki, however, plotted a cunning plan to challenge Honda’s dominance and launched the Access 125 in 2007 – it offered a little more poke than the Activa’s 110cc engine and managed to sell in decent numbers.

Honda being Honda, took its own sweet time to realize that there are buyers who prefer more punch from their twiddly set of wheels for running the daily errands. So, in 2014, the company plonked a 125cc motor into the Activa, fiddled around with the suspension and styling a bit, and, voila, the Honda Activa 125 was born. Now Suzuki being Suzuki, had to return the favour – and, as a result, it unveiled a tweaked and refreshed version of the Access 125 earlier this year at the Auto Expo. And now that the new Access 125 has gone on sale, it’s time for a face-off… 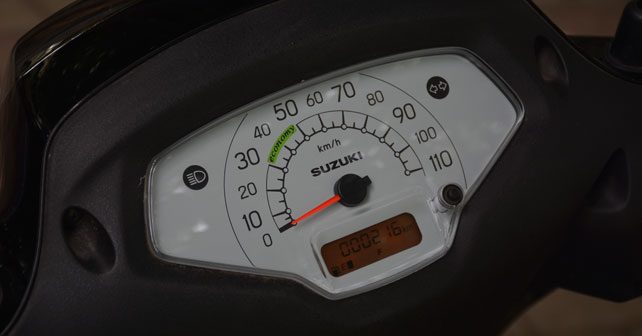 Suzuki might have only made some minor improvements on the new Access, but these updates make a huge difference. Seven years from its launch, Suzuki designers have given the Access a nip and tuck job, and it has to be said that it looks more appealing than before. Up front, it’s got a complete makeover – the oval-shaped headlamp clubbed with chrome shrouds add a touch of retro, while the clear-lens indicators on the front apron have been further stretched out. Aesthetic appeal will be further boosted by the addition of alloy-wheels in the near future. Along with that the Access will also get a front disc-brake.

But Honda has got you covered, since the Activa 125 is available with both options – steel / drum or alloy / disc. However, because the Access is not available in the latter configuration just as yet, we decided to pick up the bare basic version of the Activa 125 for this comparo. And, even in this spec, the Activa 125 looks pretty attractive. The front apron has just the right dose of chrome detailing between the indicators, and the headlamp is still a chunky unit with a blacktop cowl. The Activa comes across as a sensible design aimed at people with neutral tastes.

There’s a similar kind of ring to it once you take the Activa for a ride. Wide handlebar, cushiony and roomy saddle, as well as a lower seat height – which allows for a comfortable riding position – so you can squirrel around town without any complaints. The Access one ups the Activa in certain areas. The floorboard, for example, is longer and the seat squab is wider too. The handlebar is also higher set in the Suzuki, which aids handling – especially while taking quick turns on congested roads. That said, short riders are likely to have difficulty while trundling along in traffic because of the higher seat height of the Access. 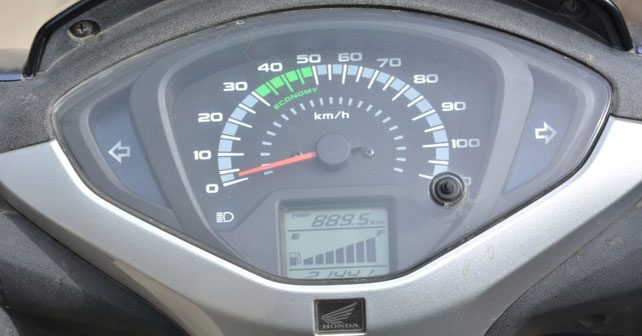 Both these scooters behave virtually identically on the road as well. Having said that, the Access feels more sprightly and peppier (it is 8kgs lighter than the Activa). The Activa feels a bit sluggish at lower speeds, but has enough grunt between 30-60km/h. Both the scooters can hit the 90km/h mark, but, again, it’s the Access’ powertrain that feels the more relaxed of the two. Refinement levels are remarkable in both the scooters even when you’re wringing the life out of their motors.

The Access 125 now comes with a bigger 12-inch wheel in front and a 10-inch wheel at back, like the Activa 125. Both scooters feature telescopic front forks too. But there’s a stark difference in terms of the ride quality of the two. The Suzuki’s rear suspension is stiffly sprung, meaning it transfers road undulations directly to your spine. On uneven roads, the ride quality is bumpier than you’d like. Switch to the Activa, though, and the ride quality is better – but only marginally. Both scooters feel nippy and there’s no sense of unwieldiness while cutting through traffic.

The Access claws back some points when you approach corners though. It’s more stable than the Honda and turns in more confidently. High-speed stability (although not very relevant here) of the Access is also better. Despite being drum-type, the brakes on the Access have a sharp bite. The Activa sheds speed in a similarly confident manner, but the levers feel spongy when you brake hard. Honda, however, offers CBS (combined braking system – depressing one brake lever applies both front and rear brakes) as an optional extra, and we think it’s a brilliant aide – and a must have! 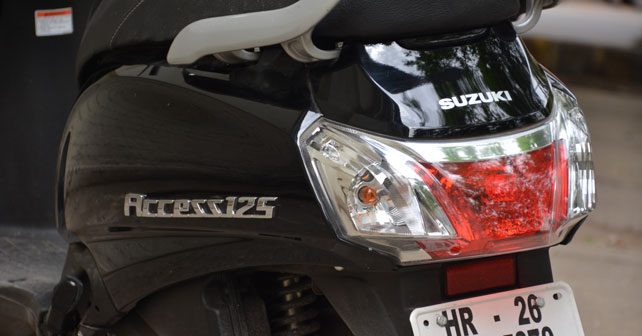 In terms of practicality, both scooters are equally matched – but the Access offers one or two extra features. You can equip the Access with a 12V DC socket, while it also has a rear brake parking lock and an extra hook below the ignition key. The under-seat storage is generous in both scooters – you can fit an open-face helmet and other essentials in there quite easily. The Access’ seat can be unlocked from the ignition lock itself while the Activa has a more conventional setup, which uses a separate lock altogether. The Access has a bigger fuel tank of 5.6 litres in comparison to Activa’s 5.3-litre tank. The Access also has a better ARAI certified fuel economy of 64km/l against the Activa’s claimed fuel efficiency of 59km/l. Both the scooters have a digital fuel gauge, odometer and tripmeter (two in the Access). The Access also has a service indicator. The speedo is analogue on both, but the Access’ dials look a bit dated next to the Activa’s console, which looks sporty and has a bigger digital display.

In the end, it all boils down to what you prefer. The Access is livelier to ride, but the Activa is better to live with considering its supple ride quality and Honda’s bulletproof reliability. Although the Activa is thirstier, has less features and equipment, and is slightly costlier than the Access, its biggest USP is that it’s more comfortable to ride – which is what these automatic scooters are primarily designed for. If it weren’t for the Access’ stiff suspension, it would easily have trumped the Activa in this test. But, as things stand, the Activa continues its reign at the top. 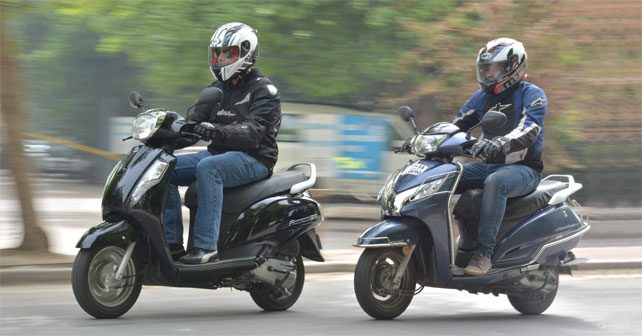 X-FACTOR: Honda – the name says it all. Bullet-proof reliability, punchy powertrain and a comfortable ride is what makes the Activa 125 click with consumers across the country. 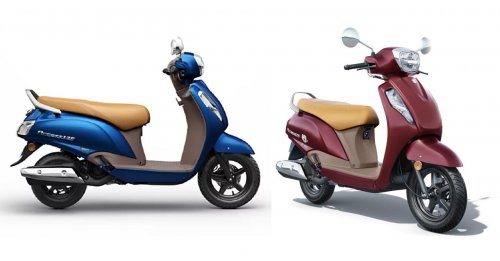 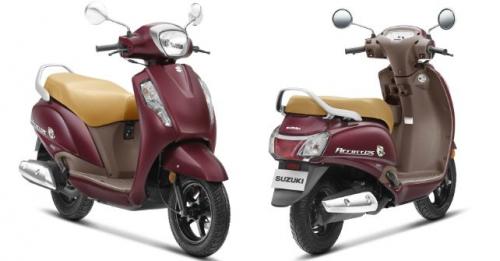 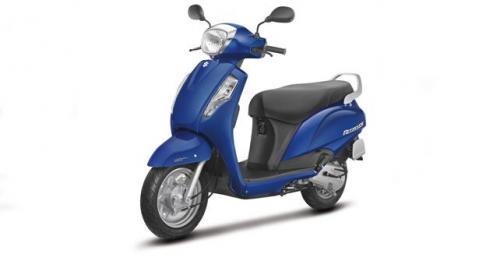