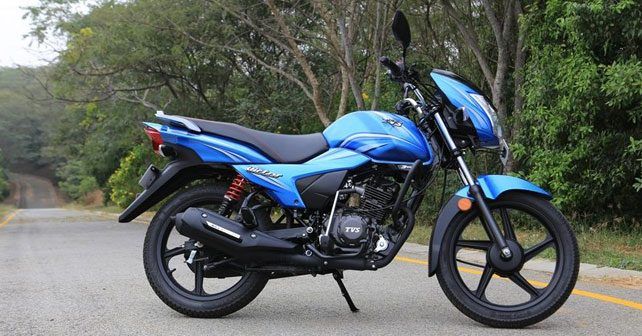 The TVS Victor has resurfaced a decade later. But can it reclaim its former glory in a market that is now far more competitive? Jared heads to Hosur to find out.

Back in 2001, the commuter segment was a different breed of animal. Consumers weren’t spoilt for choice, but they did have difficulty deciding which of the 110cc motorcycles would best suit them. TVS came out with the Victor, and it was a very well refined bike that seemed to fit everyone’s needs perfectly, and so it was met with immediate success. However, six years later, the market started to heat up with many new products and new technology on offer, and so, TVS decided that it was time to throw in the towel for the Victor.

But again, the market scenario in India is much different now that it’s 2016. The commuter segment is one of the fiercest segments to compete in, and TVS have decided to jump back in again to try and reclaim lost ground, and so they have relaunched the Victor.For TVS to make sure that the new Victor is successful again, it needed to make sure that the bike would follow in the same steps as its predecessor did. It had to be comfortable, have great ergonomics and offer a great riding experience. After all, the Victor is aimed towards the family man, so practicality, reliability, safety, efficiency and comfort are of the utmost importance here. And it seems TVS did their homework and has gotten everything just about right with the new Victor. 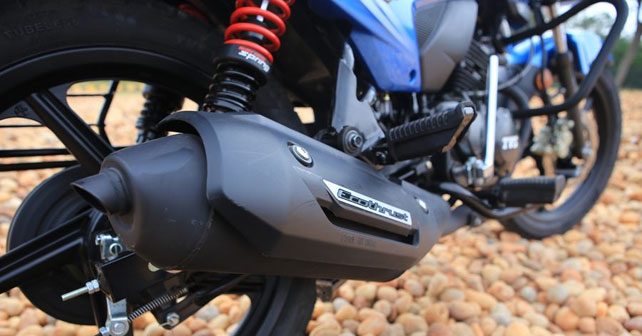 Firstly, the Victor is completely new, and its design is very different. It’s not a looker, but then again the 110cc never has been about looks. What it does have are good proportions, contemporary styling, some new graphics, and some very nice new colour options. It has also got a great ground clearance of 175mm. Then it gets a part-analog, part-digital speedometer, new mirrors, a well-designed exhaust, and cool alloy-wheels. Overall, the bike looks contemporary and pleasing, and the overall build quality seems to be very good. 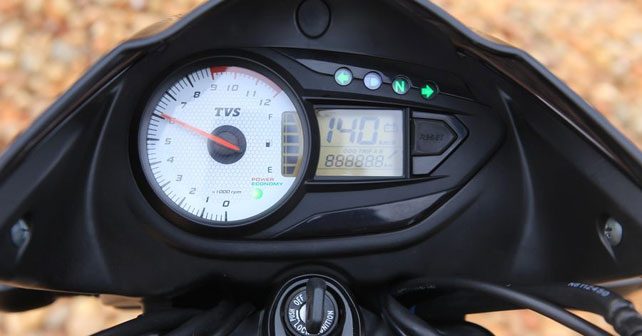 The biggest change however, is the heart of the bike. While we thought the engineers would have increased engine capacity to 125cc, the Victor uses a newly developed single-cylinder, air-cooled, 110cc engine from the company's Ecothrust series. The engine does seem very well refined and it’s gotten some new technology in it that makes it perform better, such as better NVH levels, an oil cooled combustion chamber, higher capacity air-filter and an intelligent ignition system. So, even though power is rated at 9.46bhp and 9.4Nm of torque, the Victor does feel like it performs like a 125cc machine. The bike picks up speed very well and the throttle response is good, but what we really like are the refinement levels, which is what their target market will highly appreciate as well. TVS also claims the bike will provide a fuel economy of 76km/l.

The riding position is also very good, and even for a tall and bulky rider like myself, there is plenty of space and ergonomically everything seems to be on point. TVS says they paid special attention the seat and it has been designed for customers looking for comfort. I liked it a lot, and for a family man it will be very comfortable indeed. It’s also got oil damped front suspension and a 5-step adjustable hydraulic series spring at the rear. We got to test the bike at the TVS track and also on an obstacle course, and the suspension setup worked brilliantly. So, in urban as well as rural roads it will offer a smooth riding experience. I was also very impressed with the TVS tyres that offer fantastic grip on all road surfaces. 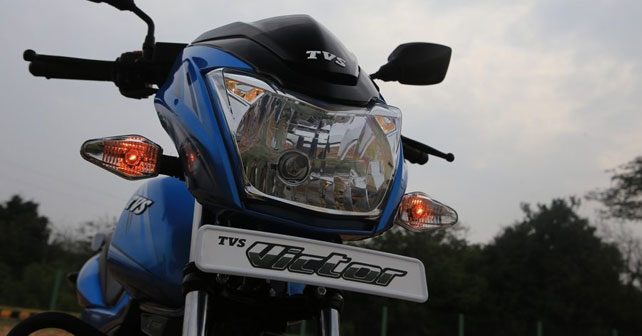 The TVS Victor is also available with both disc and drum brakes and in six new colours. For added safety TVS also claim that the headlight is the brightest in its class. Overall, the Victor has everything it needs to demand the attention of a family and city commuter. It’s very well engineered, and is super comfortable. It’s also very easy to handle and has decent power. It certainly seems to have the same winning characteristics as it did before, but we will have to wait and see if it can reclaim its former glory.