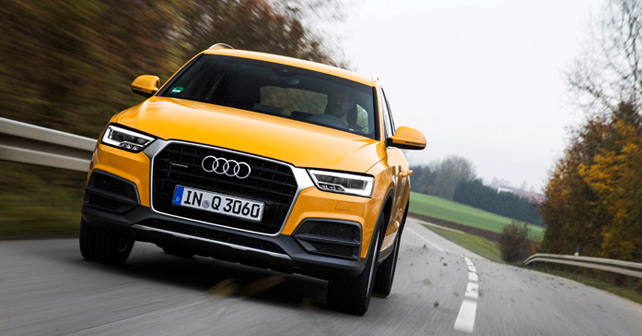 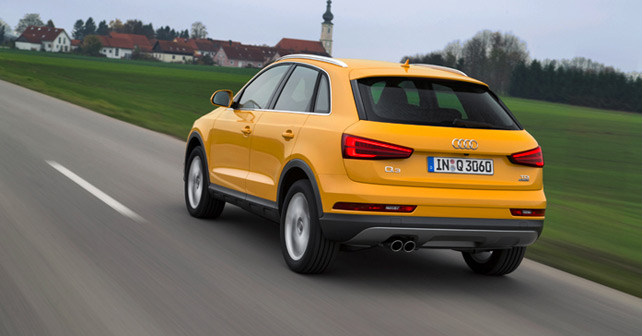 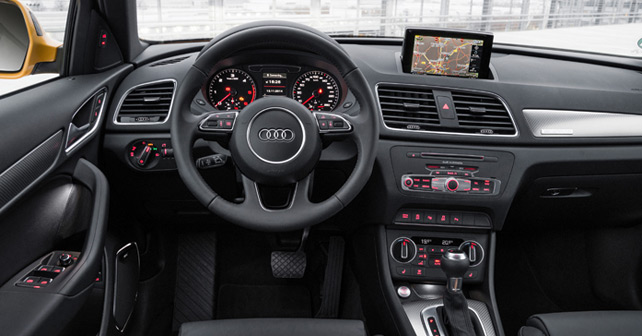 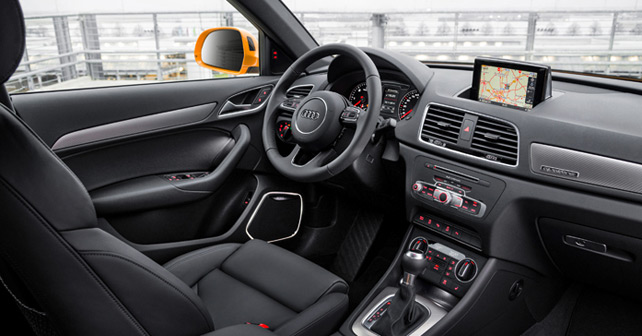 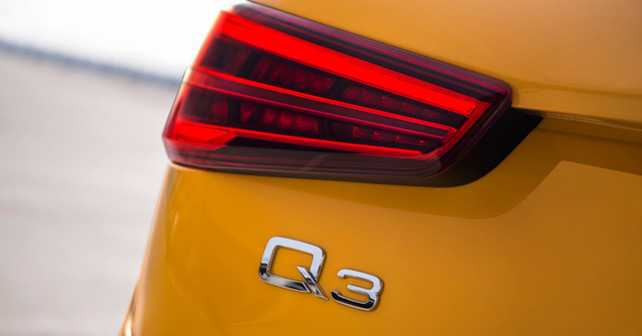 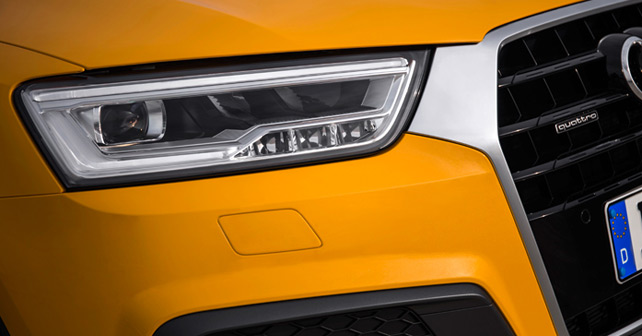 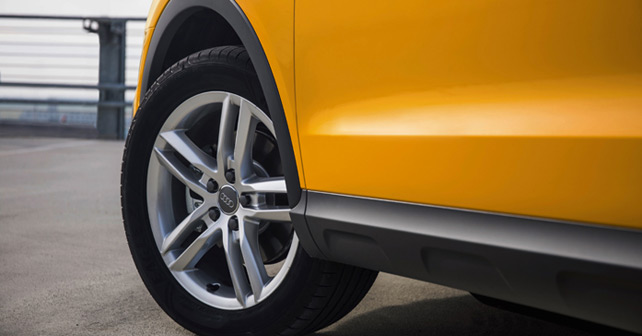 We test the face-lifted Audi Q3 on long stretches of rain soaked Autobahn to see if the updates to this successful compact SUV are sufficient to keep Audi at the top of the luxury car charts in India.

The Audi Q3 Facelift has been at the heart of Audi’s success in the Indian market over the past few years. Its combination of relative affordability, along with high quality levels and handsome looks, have meant that customers have flocked to Audi’s smallest SUV – making it their largest selling model in the Indian market. Globally as well, the Audi Q3 has seen similar success – with over 400,000 units of the car having been sold around the world. Naturally, that means continued success of the Audi Q3 is vital for Audi to retain its leadership in the Indian market.

However, with the competition now stiffening – especially with the launch of the Mercedes GLA – it’s an opportune time for Audi to refresh the Audi Q3, which has been in the Indian market since 2012. So, the refreshed Audi Q3 comes with visual changes that, to be honest, are quite minimal. That being said, even four years after it’s initial launch, the Audi Q3 is still a looker. The changes may be subtle, but they’re quite impactful and demonstrate the fact that Audi hasn’t lost its eye for attention to detail.

The face-lifted Audi Q3 comes with new headlights – now bi-xenon as standard, with the option of LED’s. So, no more halogens! Plus, the LED taillights look much sharper and attract a fair amount of attention. The Audi Q3 also features dynamic turn indicators, a la the R8, which indicate in the direction that the car is turning. These are quite distinctive as well. The Audi Q3 now has a more square jaw – in keeping with Audi’s recent concept cars. It features a larger single-piece front grille, which, along with a revised bumper, makes the car look more assertive. It’ll be offered in two trim levels, as well as S-Line option with a sporty body kit.

The interiors are much the same as before – but, really, not much was needed in this area to begin with. Like most other Audi’s, the Audi Q3 features class-leading interiors with outstanding fit-and-finish, quality and attention to detail. Minor changes include new trim styles on the dashboard, along with options such as carbon fibre and wood. The Audi Q3 now offers the latest version of Audi’s MMI system – MMI plus – which offers in-car WiFi and Internet connectivity, which enables the use of Google Maps and Google Earth. And, in Germany at least, the navigation system worked absolutely brilliantly. Add to that it’s ability to seamlessly integrate with smartphones, and it makes the new MMI system a significant technological boost. Interior space, meanwhile, remains unchanged – which is to say that rear legroom is still limited. The boot now features a luggage compartment cover as standard, while a power tailgate is now optionally available.

According to the engineers at Audi, the engine line-up of the Audi Q3 has been completely revamped, and both engines receive multiple updates. So, the main seller in the Indian market – the 2-litre TDI – is now referred to as the TDI Ultra. Thankfully, the Audi Q3 still retains the old naming system, instead of adopting the silly new one heralded by the Audi A3. The diesel engine offers slightly more power and produces fewer emissions than the previous engine. Power output is now 181bhp and 380Nm of torque, while the base version of the engine produces 148bhp and 340Nm. Paired with the engine are two gearbox options – a six-speed manual, and a 7-speed S tronic dual-clutch automatic. And, of course, the Audi Q3 now features Audi’s Quattro all-wheel drive system for added traction and usability. While we’re not clear about exactly which variants will be launched in India, we expect the 2-litre diesel engine to be offered in both automatic and manual form – with the automatic version featuring Quattro as well.

The 2-litre TFSI petrol engine has also received a similar revamp. This direct injection turbocharged engine now produces 217bhp and 350Nm of torque. Paired with the 7-speed dual-clutch transmission, this version of the Audi Q3 is quite a bit of fun to drive – with excellent throttle response. The engine makes a rather nice noise too – egging you to push the throttle that little bit more. It’s a pity that even the best diesel engines today can’t match the aural excitement of their petrol cousins. However, there’s some doubt as to whether the petrol option will be offered in the Indian market at all – given the paradoxical propensity of luxury car buyers in India to avoid petrol-powered machines.

At any rate, the changes made to the drivetrain by the Audi engineers are quite evident when on the road. There’s a noticeable improvement in NVH (Noise Vibration Harshness) levels, and power delivery is exceptionally smooth. Changes to the gearbox ratios have resulted in improved drivability, while the gearbox responds faster still. Even in auto mode, the dual-clutch gearbox chooses the optimum gear each time, and there’s virtually no lag between shifts. Such is all-weather ability of the Audi Q3 with the Quattro system that we could easily maintain high triple-digit speeds on the rain-soaked German Autobahns.

So, while the visual changes to the Audi Q3 might be subtle, the overall package has improved significantly. So, when it’s launched next year – in the second quarter most likely – it promises to make the life of its main competitors tougher still.