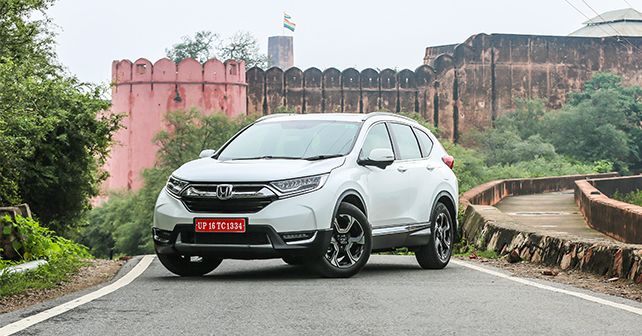 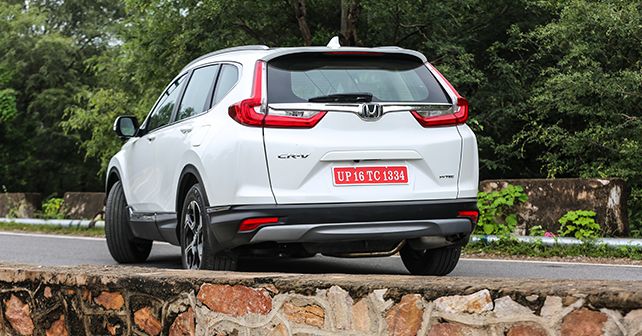 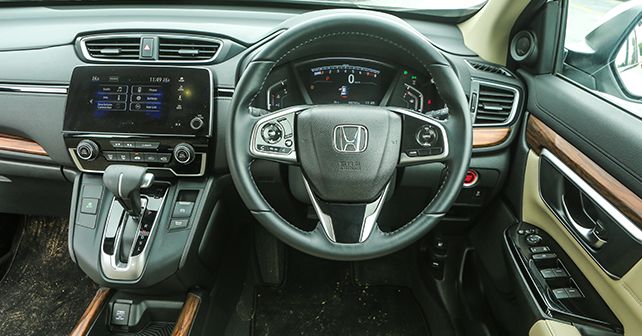 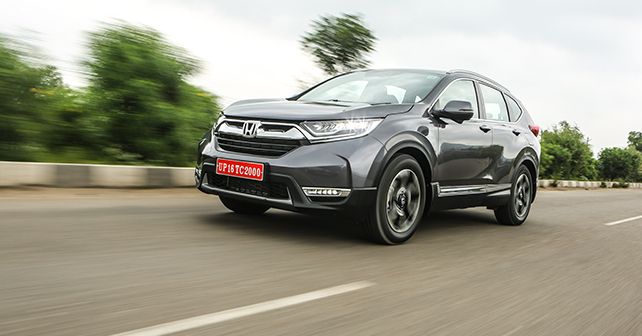 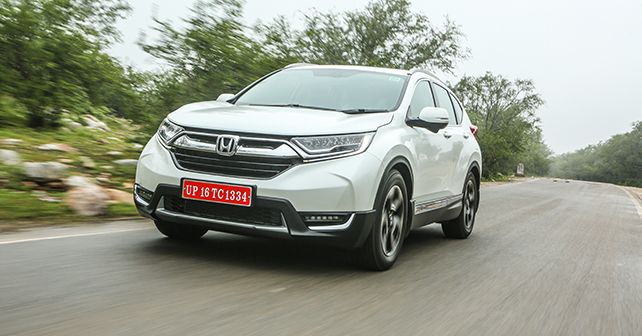 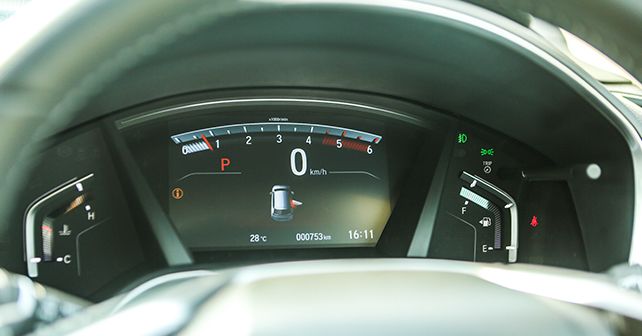 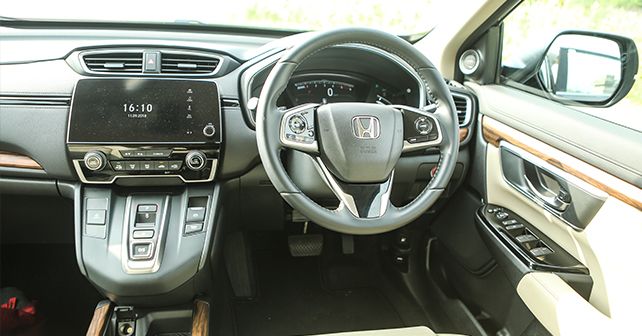 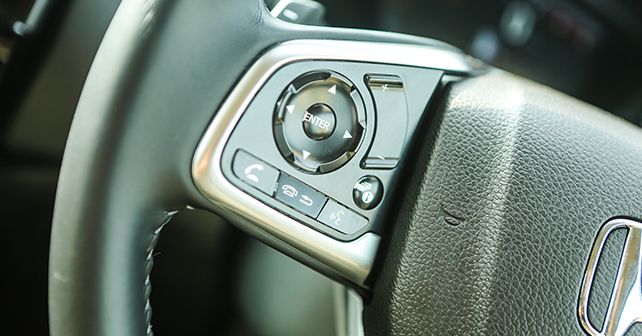 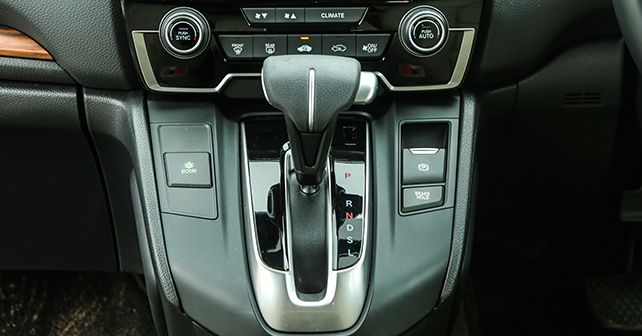 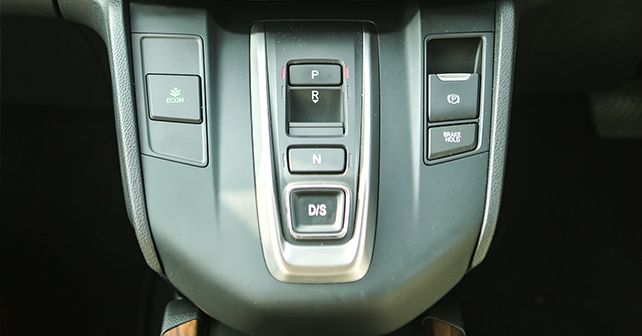 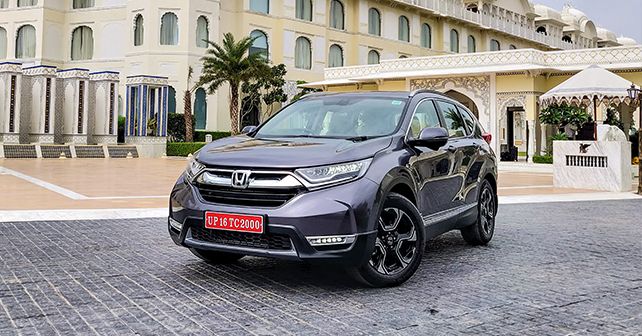 It took some time, but finally, Honda announced at the Auto Expo earlier this year that the new fifth-generation CR-V will make its debut in October. Earlier generations of CR-V were not perfect and had their shortcomings, which consequently led to sales figures that were nothing to be proud of. So, what were these shortcomings? Well, first and foremost was the lack of a diesel engine – a cardinal sin in the SUV segment, and Honda learned it the hard way. Sadly, there were many who liked and swore by the CR-V brand and were hoping that a diesel engine option would soon be introduced. But with fuel prices skyrocketing every day, even the loyalists were forced to look elsewhere. The other issue was that the older CR-Vs were a lot more compact when compared to the competition, and in India, people prefer practicality over anything else. So, naturally, a 5-seater SUV was a difficult sell in the segment crowded with 7-seaters.

Well, the good thing is that all this belongs to the past now, as the new CR-V comes with a new 1.6-litre diesel engine mated to a 9-speed automatic torque converter transmission. But that’s not all. It is now bigger in dimensions, which translates into a spacious cabin, and has an impressive ground clearance of 208mm. The CR-V is also available with a 2-litre petrol motor that offers a healthy 152bhp and is mated to a CVT gearbox. But it’s a 5-seater and has a ground clearance of 198mm. So, is this a case of too little too late for Honda or a perfect opportunity for them to turn the tide in their favour in the SUV segment? Let’s see . . .

Let’s start with what matters the most – the 1.6-litre diesel engine, of course. It has a total output of 118bhp! That’s right, even sedans of a lower segment provide a lot more a punch. A certain Verna springs to mind. You might wonder, what was ‘Big H’ thinking, especially when they already have a twin-turbo 158bhp diesel version at their disposable. Well, I don’t know. However, India is a price sensitive market, and perhaps that’s why they decided to go for the single-turbo powerplant. Yes, I agree that on paper 118bhp seems quite underpowered, to say the least. But, and I’m not exaggerating, I’d an entirely different experience, and not a bad one either.

When I pressed the drive button – that’s right the diesel version comes with buttons for different driving modes instead of the traditional gear and parking lever, which also help clear up the console and offer more breathing space – the SUV, to my pleasant surprise, purred away with a linear pickup. Sure, there’s no rush here, but you don’t feel the turbo lag either. With tall gearing ratio, the transmission is so smooth that you don’t even feel the gearshifts. The torque converter transmission does well to distribute the powerband evenly, providing enough grunt in low and midrange to sail through city traffic effortlessly. But it’s lack of power does become evident in the top end of the powerband – it’s here that the CR-V seems desperate for more ponies, especially during a quick overtake on the highway.
But it’s not all doom and gloom for the CR-V diesel, as Honda has cleverly equipped it with paddle-shifters. In Sport mode, the SUV tends to show a bit more spunk. Mind you, paddle shifts are only available in the diesel version.

After driving the diesel trim for some time, I decided to get behind the wheel of the petrol version. It’s a slightly different beast than its diesel counterpart, and from the word go, it shows promising eagerness. But with the CVT gearbox, which frankly is more like a child lock feature, the engine starts whining around the 3,000rpm, and suddenly that initial promise vanishes like good luck. It has always been the CVT’s characteristic to clamp down on power and ensure high fuel economy. I’m sure if it were mated to a manual stick, it’d have been quick off its heels. But then your fuel bills would’ve also been quick to reach stratospheric levels.

The way to get the best out of these engines is not to put the pedal to the metal, but to be patient with the accelerator and build up the speed instead of demanding an outright performance from the word go. The diesel certainly shows a lot of promise, but Honda will only be able to justify 118 ponies if they price the CR-V aggressively. And this is quite possible as most of the parts including the engine, barring the transmission, are built in India.

Kudos to Honda in this department, as the CR-V continues to drive like a car, even though it has an SUV-like ground clearance. As the new SUV is a lot longer and wider, it stays glued to the tarmac at high speeds. During our test drive, not once did it give us any reason to doubt its stability. Now with both the petrol and the diesel AWD weighing 1,545 kgs and 1,725 kgs, respectively, there are times when taking a sharp turn can make you feel the body roll, but it’s nothing unnerving like its bulky rivals.

The ride quality of the CR-V has to be class-leading, as Honda has got the MacPherson strut suspension and the multi-link rear suspension spot on for Indian conditions. The CR-V carpets broken roads as if it were sailing in the sea. On deep potholes, the ride becomes slightly firm, but there are no bone-jarring thuds. Unlike most of the SUVs in the segment, the CR-V doesn’t wallow to make the ride quality uneasy and spongy. The magic is the result of the fact that the suspensions are fitted with fluid-filled bushings that provide a comfortable ride and, at the same time control, any chassis vibrations.

Honda has left no stone unturned to make the CR-V look the best it can. The SUV now flexes additional muscle, thanks to the chunky wheel arches and fenders. The smart looking full LED headlamps, tail and brake lights along with LED DRLs make the CR-V look premium. Step inside, and you're welcomed by a 7-inch floating infotainment touchscreen beautifully integrated into the dashboard. The seats are extremely supportive. The front seats provide a commanding stance, while the second row is slightly low – but as the seats can slide, there’s always more room for your legs. As a matter of fact, by stretching the wheelbase, the new CR-V has gained more than 50mm of additional legroom than the previous generation. Sadly, the third row has barely any seating room for adults, and it’s better left unoccupied. Also, the third-row seats don’t fold inside the floor completely, resulting in the absolute absence of a flat boot space

The all-black cabin with wooden strips on the centre console, dashboard and doors is a nice touch by Honda. But take a closer look at the quality, and they feel a bit shiny and plastic. The quality certainly could have been much better. The CR-V does offer a lot of storage space and plenty of USB charging ports.

Is it worth buying?

It all comes down to a simple question – what kind of a vehicle are you looking for? If you want a butch SUV that can take you far-flung places, then the CR-V is certainly not for you. But if you are looking to tackle the urban jungle and want to be pampered with comfort features, then the CR-V leads the pack. The diesel and petrol feel refined and are more than capable of conquering city challenges, but on the highway, the former could’ve done with additional ponies. Both ride and cabin quality are class leading. Honda certainly has an attractive package in their hands, but now it all depends on how they price it.

X-factor: Drives and handles like a car. It looks very contemporary.