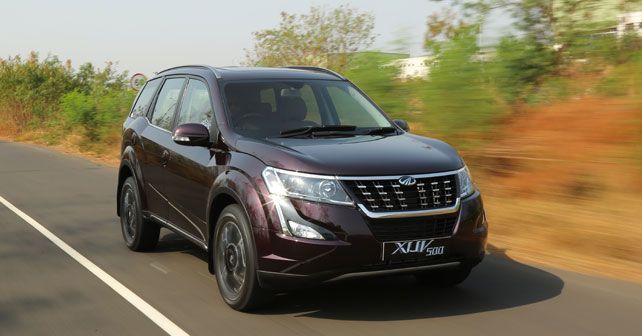 Mahindra’s cheetah-inspired XUV500 has received another (its third) makeover. On offer here is a punchier powertrain and some other niceties. We take it for a short spin to see if it puts it back in the game.

It’s a well-known fact that car buyers in India can’t resist a product that offers more for less. Our love for SUVs is yet another fact that’s well established by now. So, a product that caters to both these traits is likely to succeed in the Indian market. While manufacturers are only realizing this now, the XUV500 shows that Mahindra grasped this idea way back in 2011. At the time, the XUV500 was the only SUV in its segment that offered features and equipment usually reserved for much higher-end vehicles. And the result was obvious – the XUV500 straightaway became one of Mahindra’s bestsellers.

Over the years, competition has caught up with the XUV500 though. And while it was given a nip-and-tuck in 2015, this flagship Mahindra SUV had fallen behind the times – especially compared with the likes of the Tata Hexa and Jeep Compass. As a result, the XUV500’s monthly sales have slumped considerably in the past year or so. 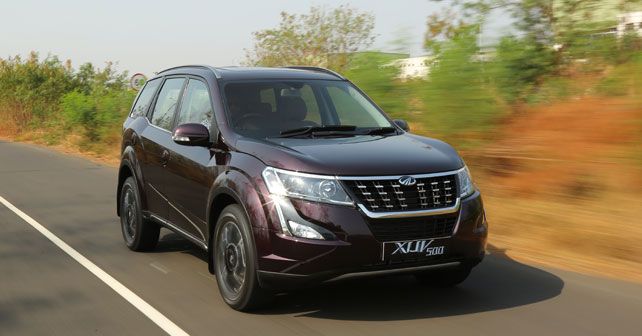 In order to keep the XUV500 at the top of its game, Mahindra has yet again given it a new lease of life. But this time the updates are more comprehensive and discernible. So, let’s find out if these updates do the trick.

Amongst all the changes, the most noticeable is, of course, its exterior design. Ever since its launch in 2011, Mahindra has always been quite vocal about the XUV’s cheetah-inspired front-fascia – which the new model retains. These animalistic cues, thankfully, are less pronounced. Those gaudy chrome jaws and the honeycomb grille have been replaced by a new mesh-grille that has chrome peppered all around it. The headlights have also been re-profiled – LED DRLs have moved to the top, while the projector lamps remain more or less unchanged. The good thing is that projectors continue to be offered as standard across the range.

The W11 variant is a new introduction that now sits at the top the range. It’s 18-inch, dual-tone, diamond-cut alloys give it a nice windmill like visual effect in motion. The rest of the range will continue to roll on 17-inch wheels. Bigger wheels definitely give the XUV a more aggressive stance – something that’ll be appreciated by SUV lovers no doubt. What most SUV fanatics, perhaps, won’t approve of is the rear-section with its new trapezoidal taillights. For the most part, they look okay – but, when observed from a distance, there’s no denying it has a van- or MPV-like appearance. 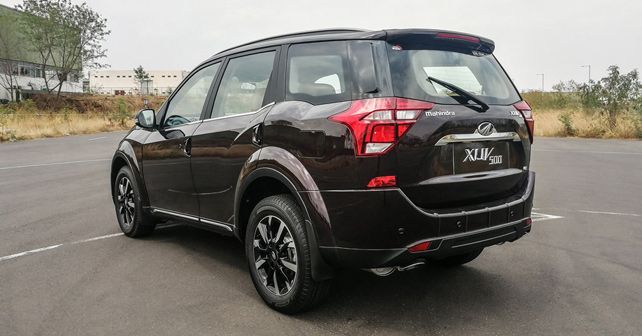 Inside, the changes in the overall design and layout aren’t drastic – unless you opt for the W11 variant that we drove. Unlike the old model’s black and beige upholstery, the cabin now features an all-black theme with silver inserts. The centre console gets a piano-black finish, and the top trim gets tan leather quilted seats and soft-touch leather around the dashboard and door handles. What’s more, the seats on the XUV are super comfy – not just the driver’s, but all three rows. The ergonomics of the car remains more or less unchanged, which means that the clutch pedal still sits inconveniently (and noticeably) higher than the other pedals. That said, thanks to the drivability of the engine, you won’t have to fuss around with the clutch pedal or gear lever any more than you absolutely have to.

Although the engine in the XUV500 is the same 2.2-litre mHawk unit, a couple of tweaks have resulted in an increased power output of about 15bhp. Torque is up by 30Nm as well. As a result, it produces 153bhp and 360Nm of torque. There are automatic, petrol and AWD versions on offer, but the car we drove was the front-wheel-drive manual variant that comes paired with a 6-speed gearbox. 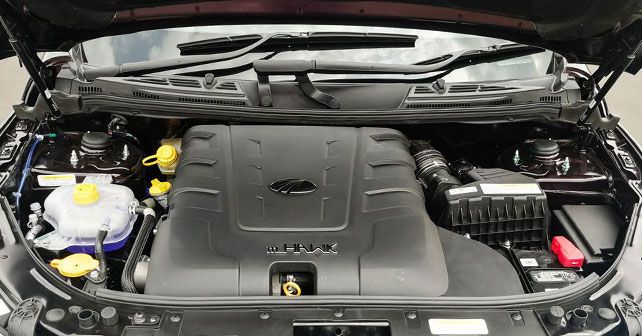 Right from the get-go, the engine feels like an absolute beauty. There’s hardly any turbo-lag, and the speed builds up effortlessly. The engine starts sending dollops of torque to the wheels from as low as 1,200rpm. So strong is the torque delivery that you might end up spinning wheels in third gear! For a diesel mill, the engine revs quite freely too. The torque spread is linear across the rev-range. Mahindra credits the improved low-speed response to the new eVGT (electric variable-geometry turbocharger). Don’t confuse this with an electric turbocharger though – the electrical bit here represents the actuation system for the vanes, not the compressor.

The additional horsepower and torque don’t make a world of difference in terms of outright speed, but the drivability has definitely improved. More surprisingly, the refinement of the powertrain is more impressive. The only fly in the ointment is the gearbox, as the shifts are still notchy.

The suspension setup has been left, more or less, the same as before – which is to say that it does a pretty good job of absorbing bumps and speed breakers, even shod with its new 18-inch wheels. The Bridgestone Ecopia tyres, with low-rolling resistance, do tend to lose grip around corners a little too early though – and the sudden kickback from the steering wheel can be unnerving over undulations. Also, at high-speeds – above 120km/h – the steering feels floaty. And, while high-speed stability is satisfactory, the vehicle does tend to wallow a bit. Braking performance is strong, however, bringing the XUV to a halt from high speeds – say 100km/h – results in a sharp nosedive, and the rear tends to step out as well. It never gets out of control, but it does start of a bit wayward.

Still loaded to the gills 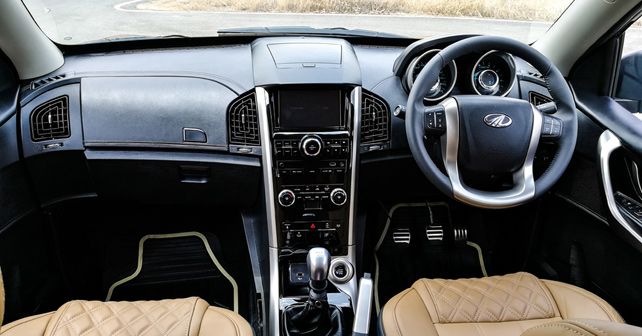 There aren’t many new features on offer in the new model, but then the XUV500 has always been loaded to the gills. The W11 retains all the features of the erstwhile top-trim W10. This means that it comes with the same instrument cluster, a 7-inch touchscreen infotainment system – Android Auto is available, but still no Apple Car Play – six-way electrically adjustable driver’s seat, six airbags, hill-hold assist, and many more. Additionally, there’re a new Arkamys sound system and a smart watch connectivity feature. The latter wasn’t available for us to test at the drive, so we can’t comment on its functionality. The sound quality, meanwhile, is more than satisfactory. That said, the touchscreen visibility is really poor in direct sunlight.

If it ain’t broke…

…why fix it, right? Mahindra seems to agree, as is evident with th e updated XUV500. It retains the bang-for-your-buck appeal of the original, but also comes with significant visual and functional refinements. Then there’s the new W11 variant that gives the cabin a more plush and upmarket feel. Sure, the styling will take some time getting used to – especially the rear-section – but to me it’s not a deal-breaker.

The biggest change is the updated engine though. The powertrain produces more punch, improving its driveability. Plus, it still has that unique big-burly SUV image that originally made it a success. Not that there isn’t room for improvement, there is, but I do think that the updates will get prospective customers to consider the XUV500 once more. 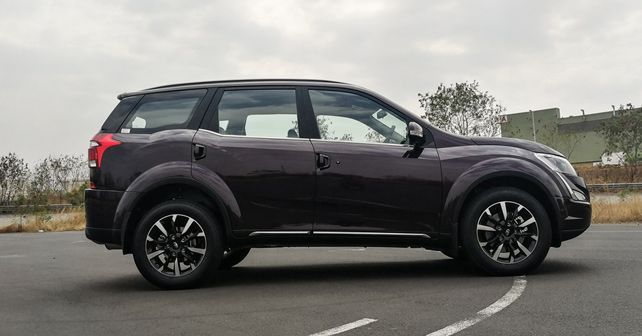 X-factor: More power and torque, as well as more equipment and updated styling bring the XUV500 back in the game.