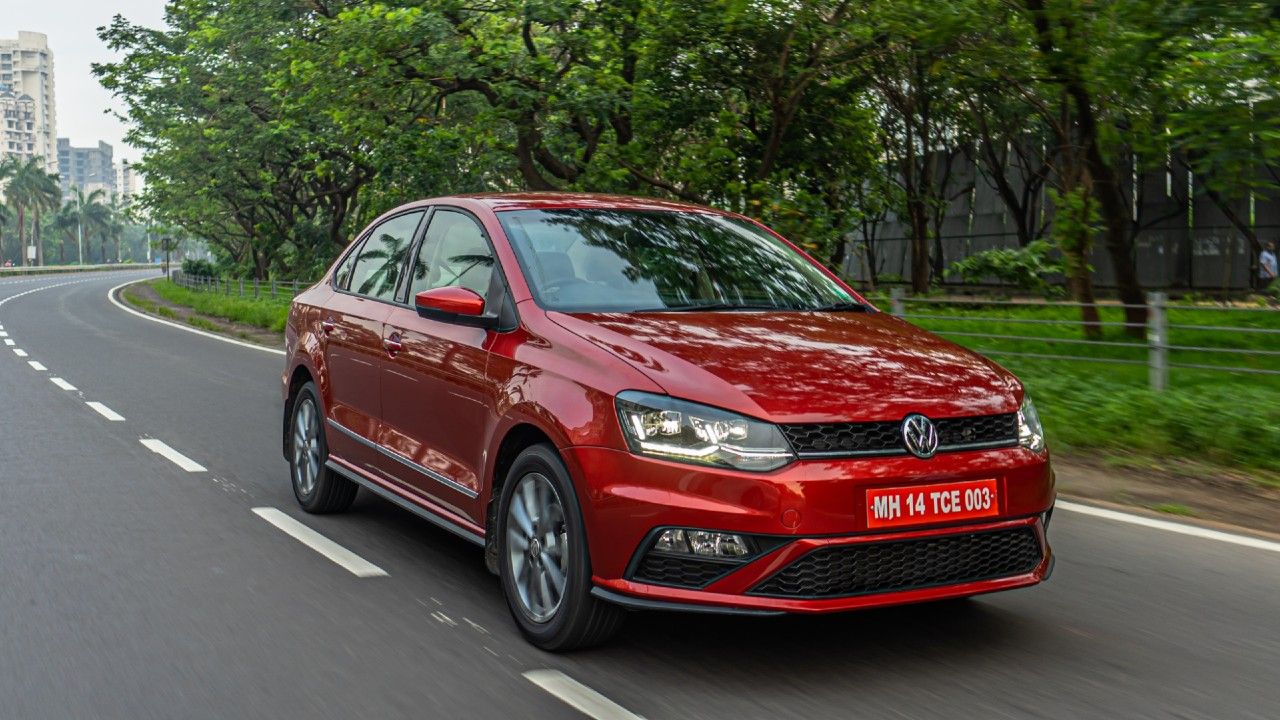 Out goes the 1.2-litre TSI motor and the DSG union, and in its place, the Volkswagen Vento now gets a relatively smaller 1.0-litre TSI mill with a 6-speed torque converter. There’s only one question that needs answering then – does the 2020 Vento the same fun as the model it replaces?

In a bid to keep up with the ever-changing trend and to capture a larger market share, brands often experiment or re-do their most liked products. And despite spending insane man-hours in development and market research, the change sometimes backfires.

Take Coke for example. Dissatisfied with its declining market share in the 70s and 80s, Coca Cola switched to a new formula, for the first time in 99 years in 1985 and reintroduced the popular drink as ‘new Coke’. This new formula garnered a lot of criticism, so much so that within just a few months the company had to switch back to the original.

The 2020 Volkswagen Vento TSI finds itself at a similar crossroad. By switching to a three-cylinder motor and a torque converter automatic from the old and much-loved 1.2-litre 4-cylinder DSG, Volkswagen has altered its primary formula. Does the refreshed Vento still inspire the same emotions or will its story unfold just like the ‘new Coke’? Let’s find out.

Under the hood is the same 1.0-litre three-cylinder TSI motor that we first tested in the Polo a few months ago. In this car too, it produces 108.5bhp and 175Nm. The torque spread is wide – it kicks in around the 1,800rpm mark and stays strong right until 4,000, making the Vento extremely tractable. While this also ensures that the engine is its strongest in the mid-range, it feels a bit unhurried when going fast from a standstill due to turbo lag, but that doesn’t restrain its outright performance. Even in the Vento, despite the additional weight, this motor feels really quick and entertaining. It does, however, feel mildly vibey at idle and also tends to get a little audible inside the cabin at higher speeds. 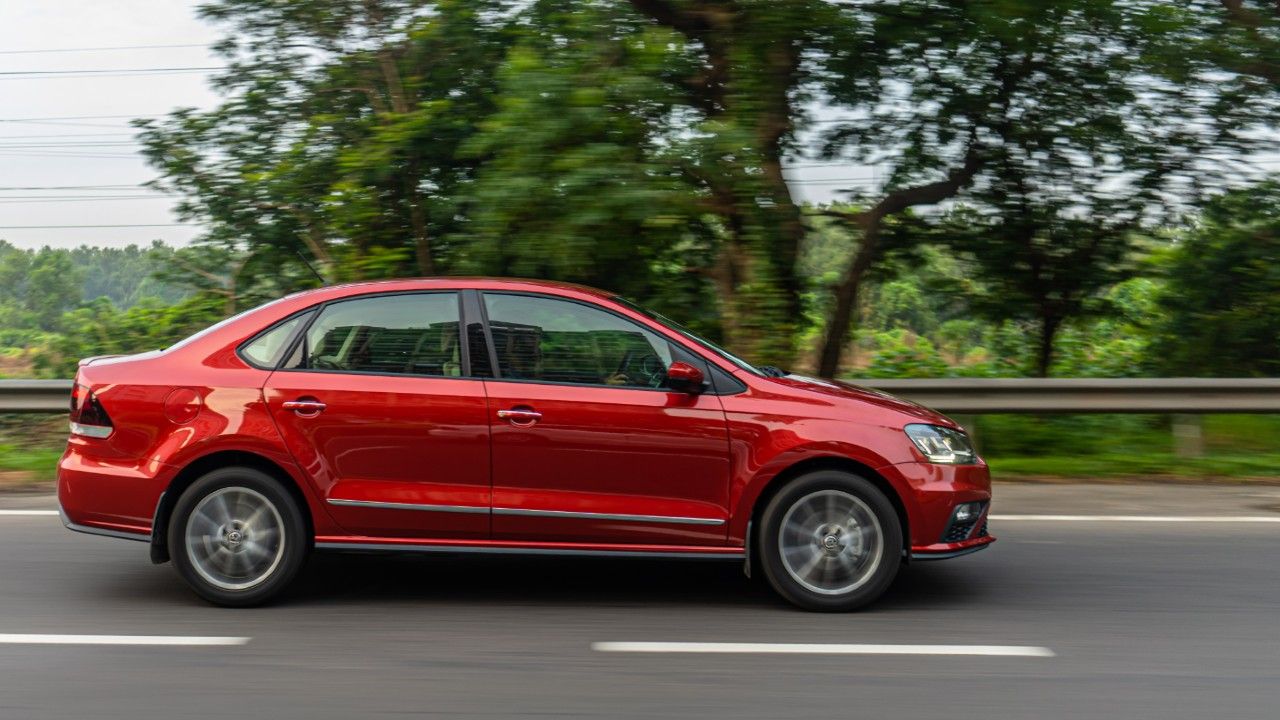 Moving on to the six-speed torque converter, it’s an astonishingly smooth unit, which goes about its business in a rather unintrusive manner. The ratios are well-calibrated too, and the transmission never seems to be in a hurry to shift up. Even when you go hard on the pedal in D or S, it shifts down rather quickly.

As you shift to M, the mild imperfections of this transmission get highlighted – it isn’t as quick or responsive in its shifts as you’d want it to be, especially during corner exits and quick overtakes. Now, it has been a while since I’ve driven the old Vento TSI, but if my memory serves me right, this wasn’t particularly an issue with the DSG.

Another such snag with this new Vento is that it is just too overeager to crawl from a standstill. Even when you gently release the brake, the car wants to move on rather hastily. I believe it's a consequence of the increased idling speed – a change that has been made to ensure that the 3-pot motor doesn’t feel sluggish in the lower rev range. This makes it a little daunting while driving in traffic or even while parking in tight spaces. As far as ride and handling go, the Vento is all too familiar. The suspension is set up on the stiffer side, which endows it with incredible handling prowess. In fact, it is easily the most fun-to-drive car in its class even today. The stiff suspension, does, however, make its ride over bad roads noticeably harsh. 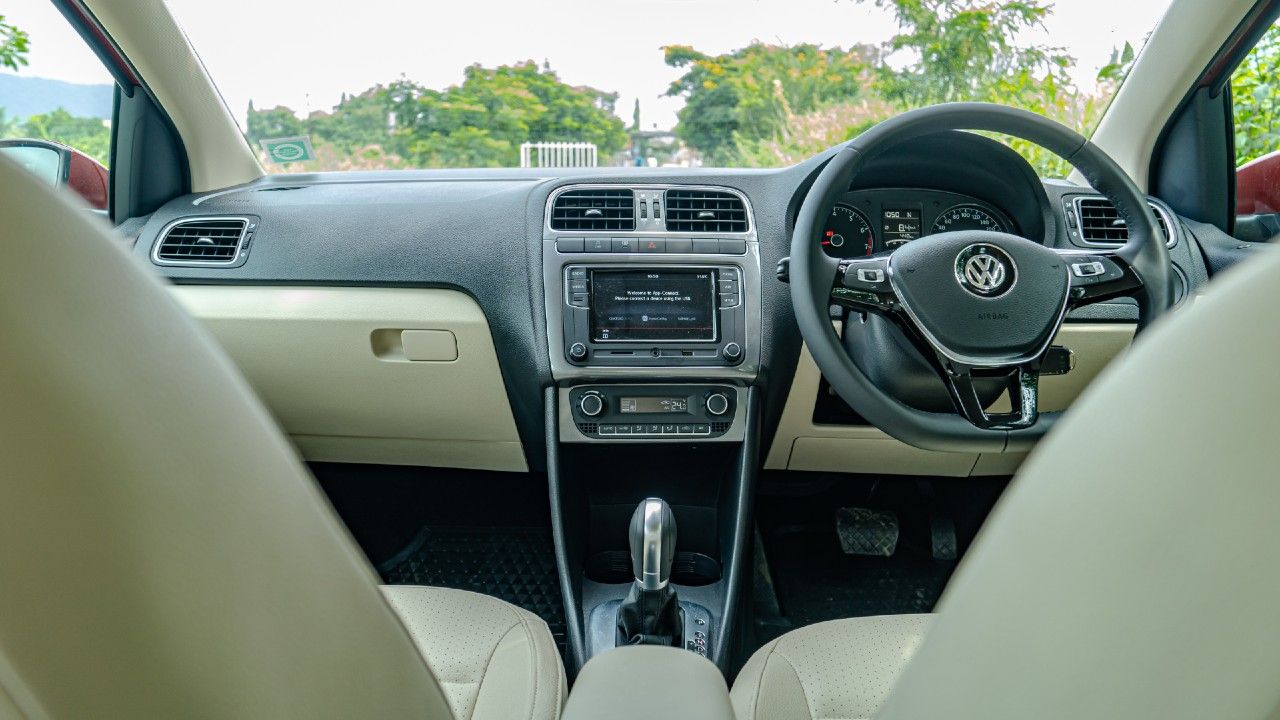 Its been nearly a decade since the Vento was introduced in the Indian market, and even after all these years, it continues to have the same silhouette. This surely does shun a lot of buyers away from the Vento. The 2020 iteration is more or less identical to the facelift that was launched last year, with a sporty front bumper and overhanding front lip and side skirts. The headlights are now LED and the Vento also get subtle touches of chrome all around.

Its interior design hasn’t changed much over the past decade either. The usage of hard plastics all around was acceptable at the time, but it now looks and feels a bit too substandard. The Vento does get a touchscreen infotainment system, which is compatible with Android Auto and Apple CarPlay – it isn’t as fancy as what you’d see on other cars in this class, but it does the job reasonably well. The Vento continues to fall behind in terms of features and tech though. The top-spec Highline Plus trim that we had still doesn’t get button start, keyless entry, auto-folding ORVMs, and other such features that have now become the norm even in more affordable cars. It does, however, get anti-pinch function on all windows and remote closing windows. The Vento continues to score exceedingly well in ergonomics and practicality. Visibility from behind the wheel is excellent, and everything you need is well within reach. The bottle holder on the door pads are large and can accommodate bottles of up to 1.5 litres. 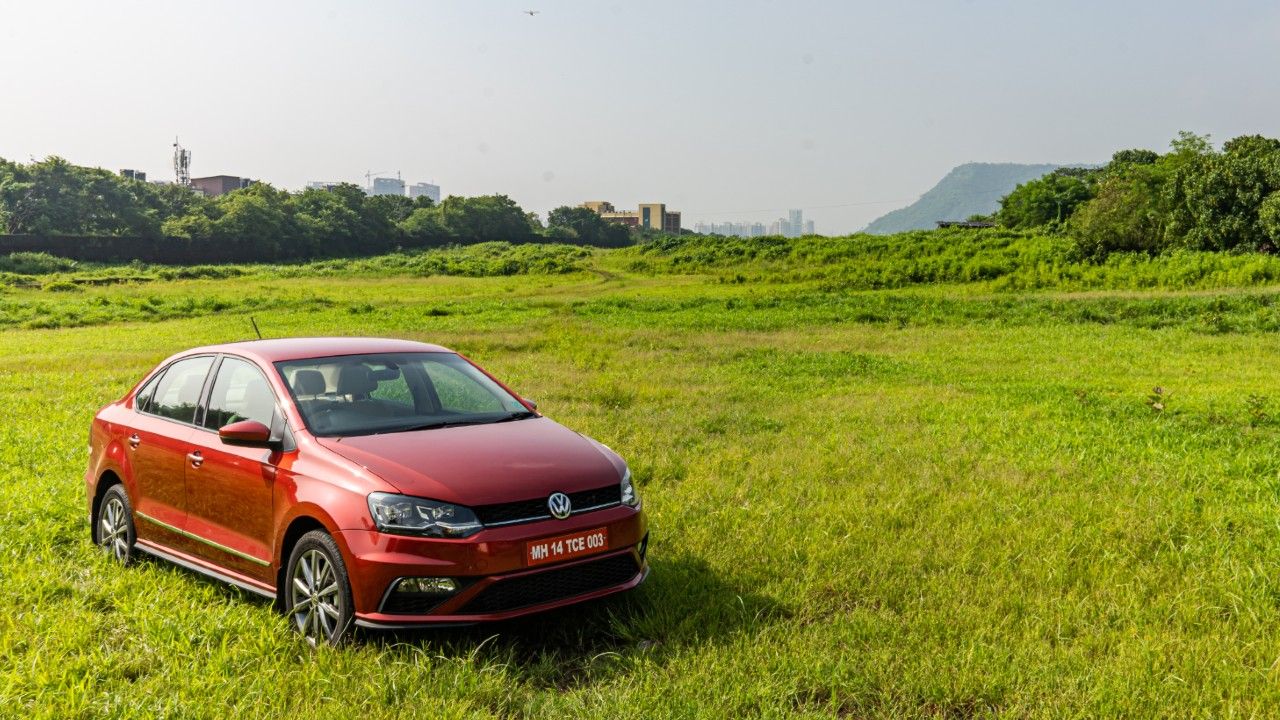 As good as the DSG?

I’ll be frank here. I was quite disappointed when VW first announced that a new torque converter automatic will replace the DSG. And to top that, there’s also been a drop in the displacement and cylinder. But having spent some time with it, I can tell you I was wrong in judging the book by its cover – the car by its specs, in this case.

I miss the refinement of the 4-cylinder motor, and while the DSG was, and still remains, the benchmark in this class of cars, this torque converter is pretty close to that experience. In all other aspects, the Vento remains very familiar. It has good all-round build quality, is practical, and offers unmatched high-speed stability. Its performance is impressive too.

The Vento even after all these years doesn’t offer many feel-good features, especially when compared to its rivals like the newly launched Hyundai Verna and the Honda City. Moreover, the City and the Verna are offered with multiple automatic variants, while the Vento is only available in this fully loaded trim, for now, which is priced at Rs 12.99 lakh. Both these aspects somewhat weaken its defence, and with that in mind, the Vento may not amaze someone who trusts in spec-sheet battles.

But for those who look for something more meaningful than what a brochure suggests, there’s no denying that it still remains the most fun-to-drive car in its class, and those who appreciate that virtue will find it extremely satisfying.

X-Factor: Even after a decade, the Vento remains unrivalled in the handling department!