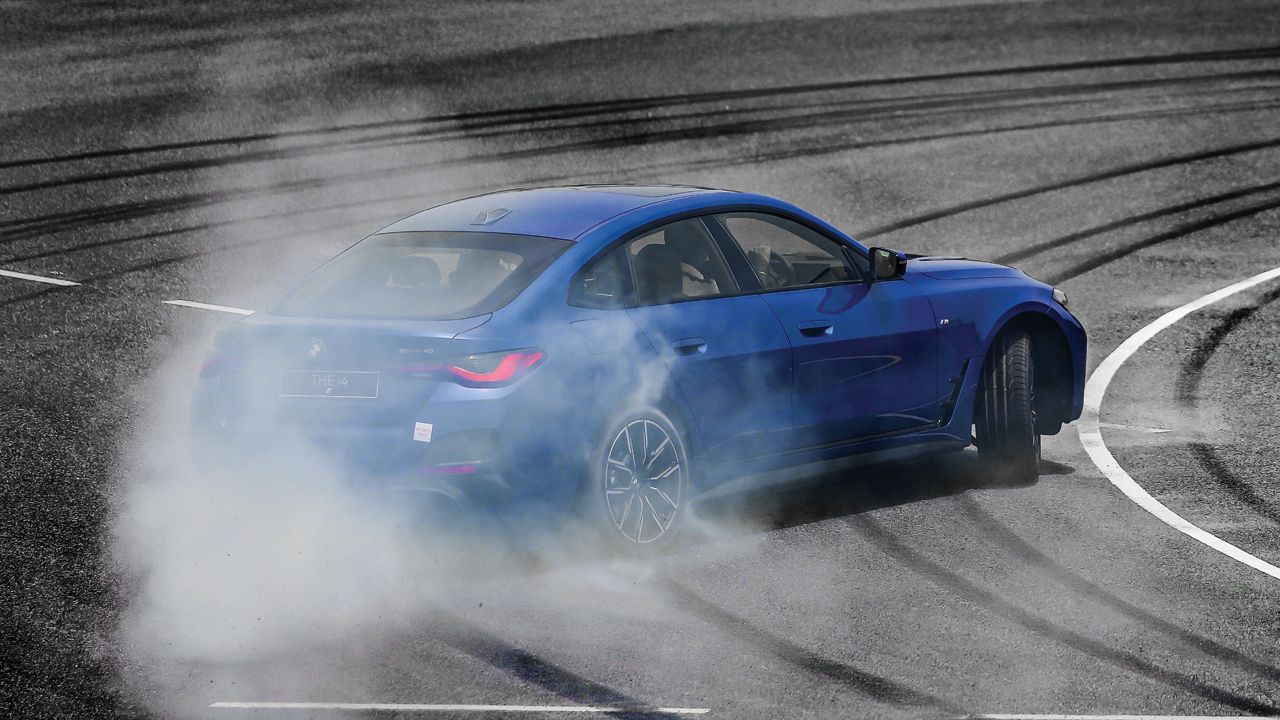 The BMW Group’s electric assault is finally here – the i4 is the third EV launch in quick succession, following the iX and the Mini Electric over the past six months. While not a full road test, here’s a first impression…

In the last week of May, BMW launched the i4 eDrive40 in the Indian market for a relatively affordable price of 69.9 lakhs. Well, everything is still relative in the world of EVs – just shy of 70 lakhs for a very usable electric sedan that’s the rough size and shape of a 3 Series is actually quite impressive. And, don’t forget, the performance of this i4 will blow the doors of a standard 320d.

In eDrive40 guise, the i4 has 335bhp and 430Nm, which means that it can accelerate from 0 to 100km/h in just 5.7 seconds – but it feels considerably faster than that since the acceleration (in pure EV fashion) is instant. It’s absolutely astounding, in fact, the way it shoots forward at any speed when you so much as flex your right foot. The impressive bit here, though, is that the i4 seems like much more than just a one-trick pony. 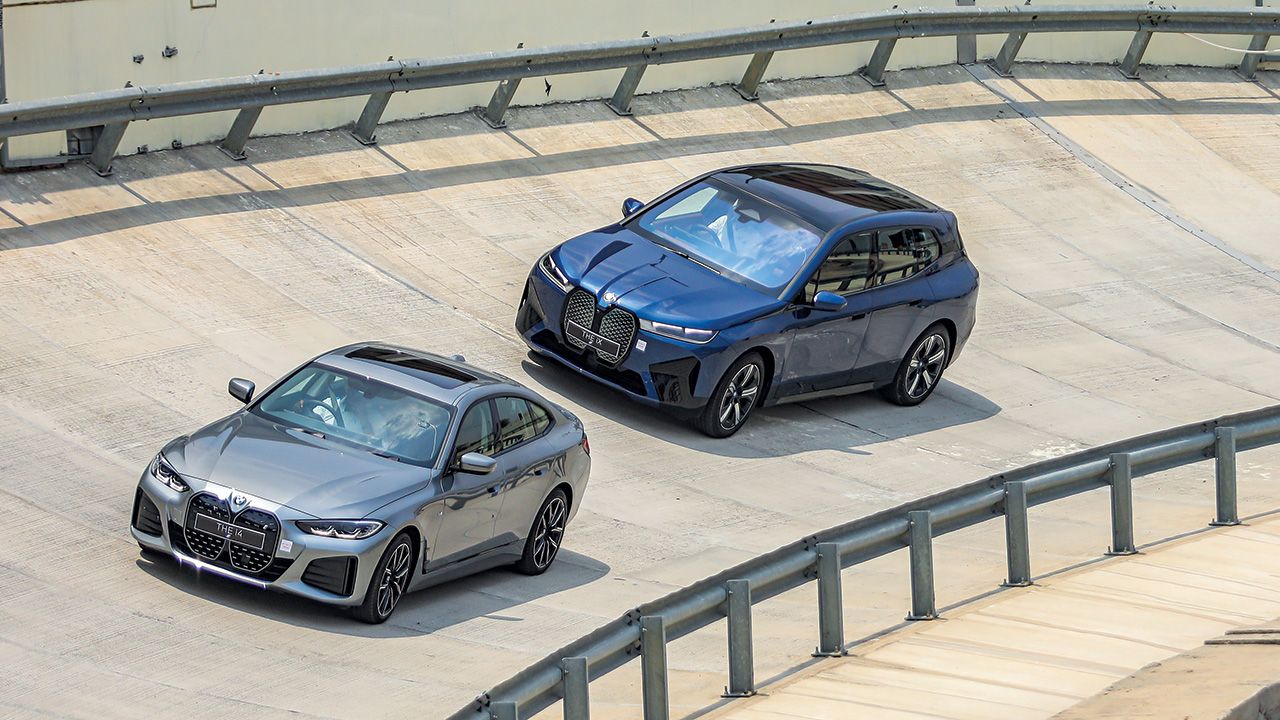 While this is by no means a full road test, first impressions after a short drive around the ICAT test track in Manesar, just outside the Capital, indicated that the i4 is incredibly refined from behind the wheel. The ICAT track consists of a compact oval – short straights with a banking at each end – and a skid-pad in the centre. So, of course, we used the smooth straights to explore the straight-line abilities of the i4. Suffice to say, high three-digit speeds are easily achieved. The only real indication of the speed is the sensation of your head being pinned to the headrest and the blurred scenery flashing by. The refinement levels are so high that the sensation of speed just isn’t there. On the banking – which had some harsh expansion joints – the grip levels felt very impressive indeed, as did the ride quality. Normally, EVs belie their weight when you hit the brakes, or pitch the car into a corner, but the i4 felt just as graceful navigating the left-hand banking as it did blasting down the straight.

The only thing more impressive than the speed is the massive curved screen that makes up the instrument cluster and infotainment screen. The display is simply stunning – both the resolution and the graphics really move the game forward. In fact, both the screen and the acceleration are the i4’s party piece. So much so that when I jumped straight into the driver’s seat of the 320d, it felt as though I had stepped back in time. The engine was buzzing and didn’t result in anywhere near the same level of forward propulsion. And this is coming from someone who’s a die-hard lover of internal combustion. EVs normally leave me feeling cold and detached, and, while the i4 doesn’t exactly engage you in the way a good analogue machine does, it does make up for it by being a very impressive piece of technology indeed. 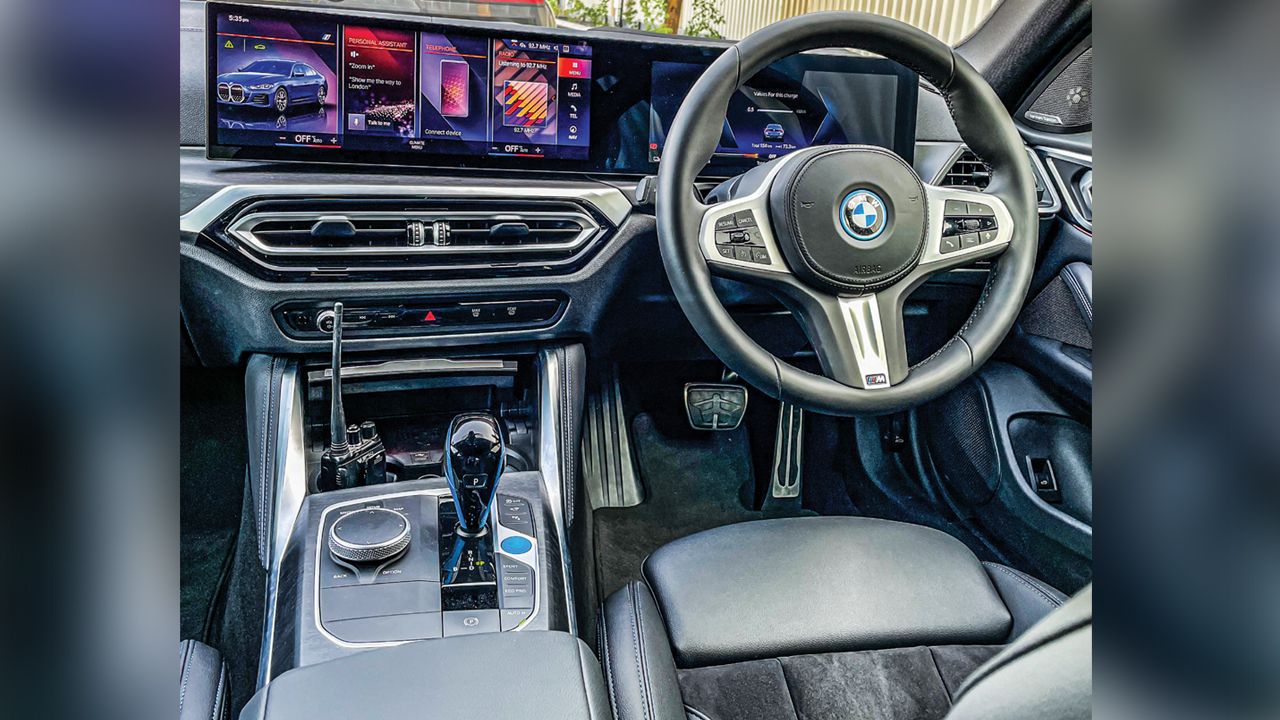 BMW also had the iX and Mini Electric on hand, so that we could sample their entire electric range for India. And while the iX didn’t feel quite as urgent as the i4, it was no less impressive. Yes, softer, larger and less focussed, but even more comfortable – especially the sofa-like seats and nice, tactile elements littered around a very new-age cabin. The electric Mini, meanwhile, is a bit of an oxymoron. It feels a bit like a ‘responsible hooligan’ – somehow it retains that playful Mini nature, even in EV form.

But, back to the i4 – the other party trick is its claimed range of 590 kilometres (based on the WLTP cycle), which means that range anxiety should be easy to manage. Every i4 will come with an 11kW AC wall box that will give you a full charge in just over 8 hours. 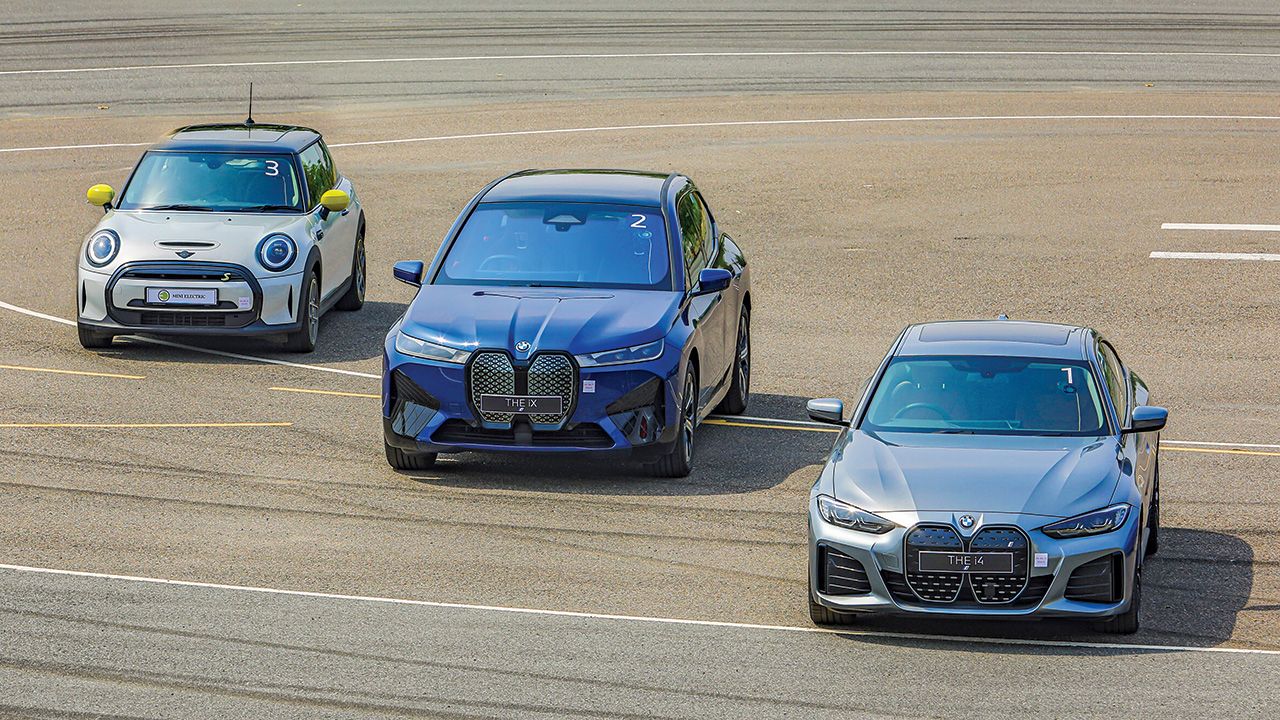 'A trio of EVs from the BMW Group, and each one is usable, fast, refined, and desirable in equal measure'

So, here’s an EV that looks and feels every bit as usable and modern as we’ve been expecting for some time. And, believe it or not, that obnoxiously large kidney grille isn’t that obnoxious after all. All three cars featured here are actually very desirable.

There you have it – you can now fly the green flag and enjoy every bit of it!