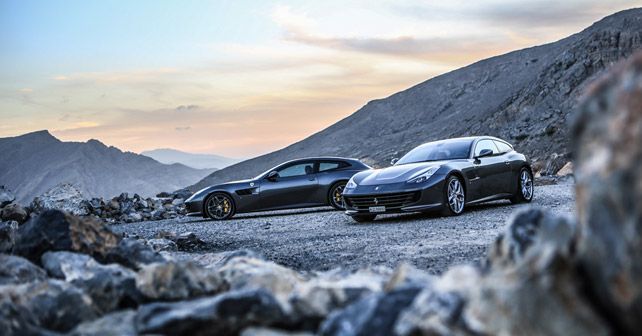 Striking to look at, music to your ears, fast enough to ensure that you lose your license in a flash, exquisitely engineered inside-and-out, and supremely desirable, the Ferrari GTC4 Lusso T is everything you expect from a Ferrari. Ishan spends a day driving it… the lucky git.

‘Tranquil’ is not really the word that comes to mind when all you’ve done for the day is drive a rather exciting Ferrari on some amazing stretches of tarmac. But, after an intense, but rather enjoyable, day of carving up some freshly laid mountain roads at Jebel Jais in the UAE – made even better by local police, who gave us free reign to speed up and down the mountain to our heart’s content – the return to a normal life feels rather tranquil. Perspective, I think, it’s called. So there I was, in the middle of the Al-Wadi desert, sitting in my private pool nursing a drink under the bright moonlight, waiting for my heartbeat to normalize from the adrenaline rushes I’d been experiencing all day courtesy of a particular V8 turbocharged Ferrari.

Our flashback of this driving trip begins about 24 hours earlier, when I arrive in Dubai, waiting to – rather eagerly I might add – get my hands on the new Ferrari GTC4 Lusso T. Now, to the uninformed, the Lusso T is the more affordable version of Ferrari’s ‘versatile’ touring machine, albeit with a few catches. For one, it’s not powered by the traditional V12 engine common to Ferrari’s grand tourers, but by a version of the V8 engine powering the 488 GTB and the California T. However, that doesn’t mean that the Lusso T is short of horsepower by any stretch of imagination, as the 3.9-litre engine puts out a rather healthy 601bhp and a stupendous 760Nm of torque. And, unlike its V12 sibling, the Lusso T is rear-wheel drive only, which means that not only is it lighter, but also that it has a rearward bias in its weight distribution – with a 46:54 layout. 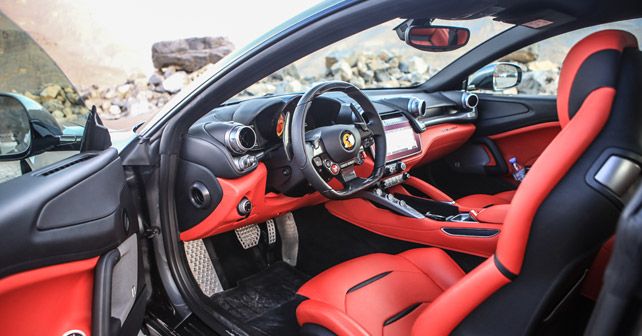 Beauty is in the eyes of the…

A thorny aspect of the car though, for a lot of people and especially the tifosi, would be its looks. Since the GTC4 is at the more practical and grand touring end of Ferrari’s range, the silhouette is somewhat akin to what designers and enthusiasts like to refer to as a ‘breadbox.’ Or, as Ferrari like to call it, a shooting brake design. Regardless of how you refer to it, I personally think the GTC4’s styling works in many ways. Not only does the design render it increased practicality in the form of providing 2+2 seating – the rear seats are only suitable for young kids though – but also a rather usable boot. Plus, its distinctive design makes the car stand out – not only from the more ordinary traffic on the road but also from other sports and supercars as well. And sure, while the GTC4 might not be a classic Ferrari design, but it’s a striking design that you simply can’t ignore.

If there was one thing that stood out for me in the GTC4, it has to be the amount that Ferrari has improved its quality levels over the last decade or so. Whether it’s the shut lines on the body, interior surfaces or panel gaps, the Ferrari looks exquisite inside-and-out with virtually every surface and panel oozing quality and workmanship. Of course, the appeal of the interior is increased by the vast panoramic roof that pretty much encompasses the entire roof – I was so impressed, in fact, that it led me to break my cardinal rule of picture-taking etiquette by actually taking a selfie. But, I guess, exceptions can be made when you’re seated in a beautiful Ferrari.

Speaking of being seated in the Lusso, like all modern Ferraris, you sit facing a steering wheel that holds a number of controls on the wheel – such as the indicators, wiper switches, and more. This takes some getting used to, but it quickly becomes second nature once you spend some time driving the car. 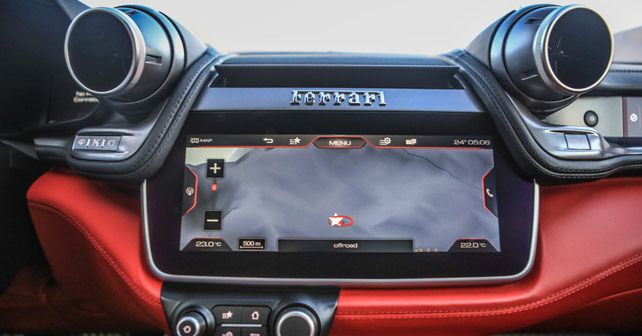 And then there’s the steering. The GTC4 Lusso has what characterises Ferraris of the current era – a rather sharp steering rack, helped by a rear-wheel steering (4WS) system, which certainly takes some getting used to as the car reacts immediately and sharply to even the slightest steering inputs. As far as comfort goes, I do have to mention that, even on some of the broken roads that we encountered in the UAE – yes, such a thing exists – the GTC4 Lusso delivered quite a comfortable ride with its Magnaride SCM-E damper control system, cleverly masking uncomfortable thumps without transmitting them into the cabin.

Sharp responses are something that are pretty much the hallmark of the GTC4 Lusso – from the design to the steering, from the super-quick shifting gearbox with its massive gearshift paddles mounted behind the steering to, the sharpest of them all, the throttle pedal! Simply put, the 3.9-litre engine in the GTC4 Lusso gives you no clue of it being turbocharged. When asked, the engine response is instant – turbo lag is clearly something the engineers at Ferrari have never heard of – and the roar from the engine and exhaust is classical Ferrari, courtesy of the engine’s flat-plane crankshaft. The V8 engine uses Variable Boost Management, which provides higher boost further up the rev range – thank to which Ferrari can choose longer gear ratios, which contributes to better fuel efficiency.

As I squeezed the throttle of the GTC4 Lusso T with my foot flat to the floor, the car gently slithered its rear-end from side-to-side, and all the while the E-Diff (the electronic differential) tried to find the maximum traction for the gobs of power spewing out from under the bonnet. Fuel efficiency was the last of my concerns. After all, if you can afford the GTC4 Lusso, you probably aren’t too concerned with things that are so mundane as efficiency. What you will find with this Ferrari, however, is just how usable and comfortable it really is. This is a car with which to cross continents – at a rapid pace of course. That, in a nutshell, describes the GTC4 Lusso T for me. Capable of touring hundreds, even thousands of kilometres with four occupants in great comfort, all the while delivering what is quintessentially the traditional Ferrari experience. Unfortunately for me, though, it was time to get back to normal life and return to my diesel-hatchback for the daily commute. That’s the other side of perspective, I suppose. 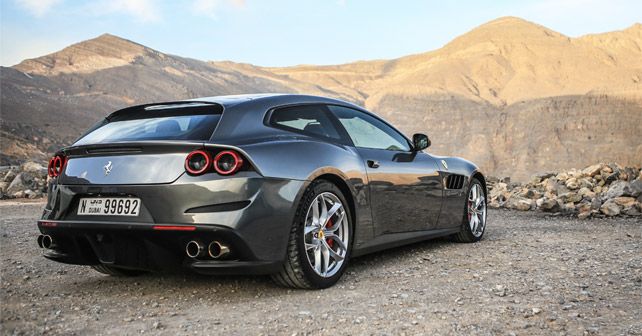 X-factor: 600+ bhp, seating for four and fantastic quality. Plus, it’s a Ferrari. What’s not to love?