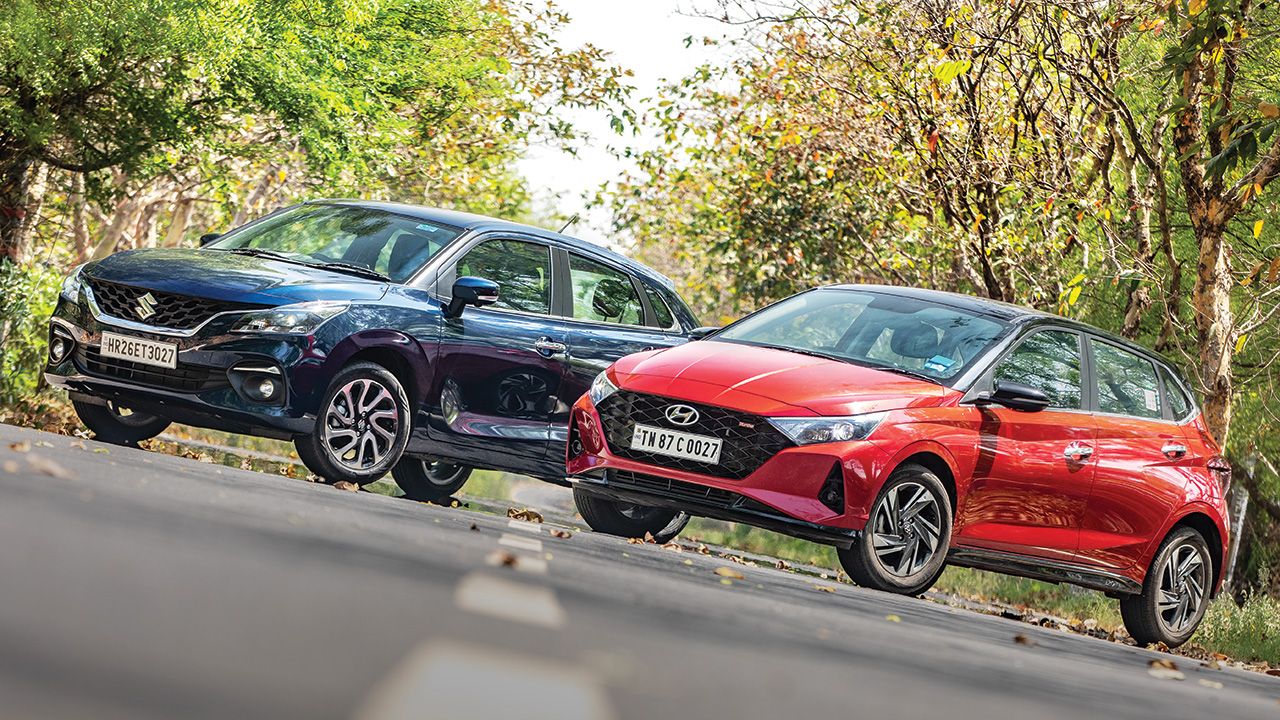 It feels like 2015 again as a newly launched Baleno gets ready to take on the already established i20. Who’s going to come out on top this time around?

Crowded cities, heavy traffic and the ambiguity around diesel’s future mean that most people looking for a premium hatchback today prefer bringing home a petrol automatic. And in this segment, there are two cars that take on this role really well - the Maruti Suzuki Baleno and Hyundai i20. So, we decided to put these two together to find out which one is better suited to the urban jungle. We also wanted the Tata Altroz DCA for this test, but a media unit of the same was not available in time. 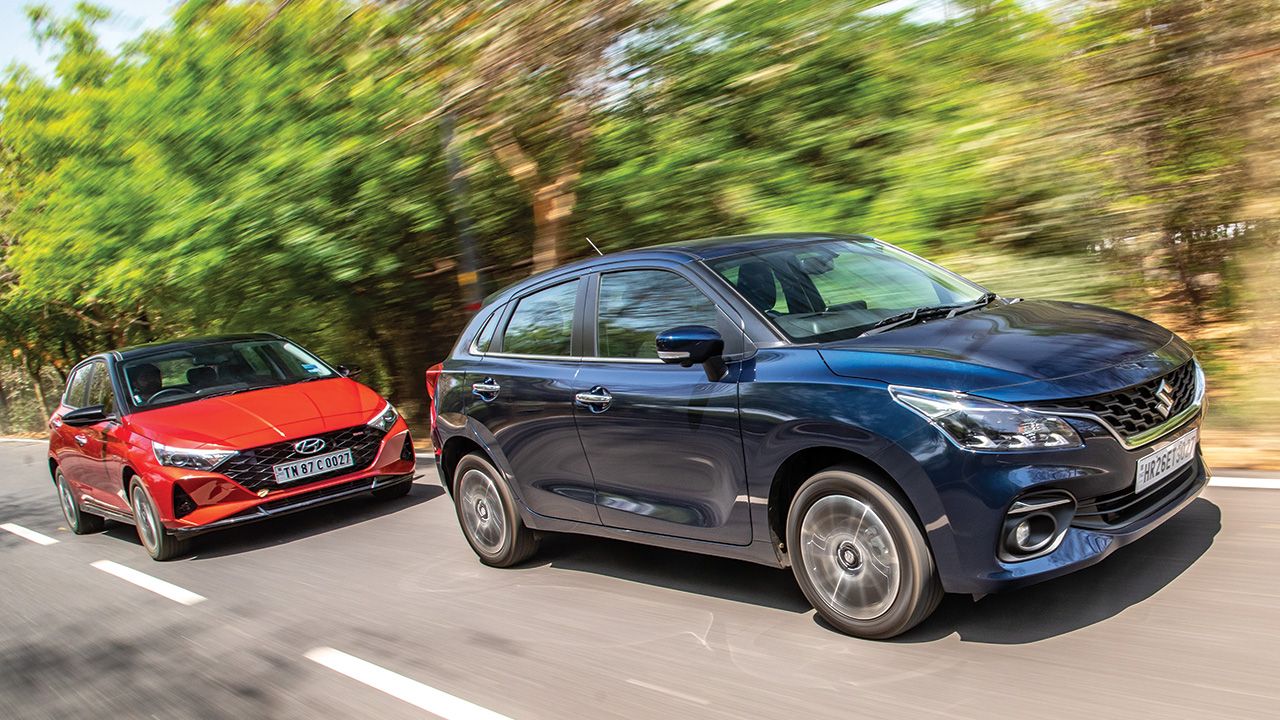 The Baleno is the newcomer in this test so let’s start there. It’s got the same 1.2-litre NA engine under its bonnet as before, which Maruti says has seen a few changes. Whatever they are, you can’t really make out the difference, and that’s a good thing. The motor retains its free-revving and highly refined nature from before, and it’s a joy getting that tacho needle to sprint to the redline. And being a naturally aspirated engine, it’s surprisingly frugal even when you do that. However, I need to reserve at least half the praise, if not more, for the AMT the Baleno now gets instead of the CVT. You see, over the years Maruti’s AMTs have been getting better and better but the ‘head-nod’ that they are notorious for has been persistent and stuck around. Not anymore. Ok, maybe I am not being completely honest here. If you drive like your pants are on fire, yes, the AMT is not going to take kindly to it and you will feel the head-nod. However, if you take it easy and drive it with a light-foot, i.e., how you drive normally, the head-nod disappears. Otherwise, the AMT is pretty smooth with its shifts, be it going up or down. The shift speed in comparison to the i20 feels like years, however, on its own, it doesn’t take away from the driving experience. 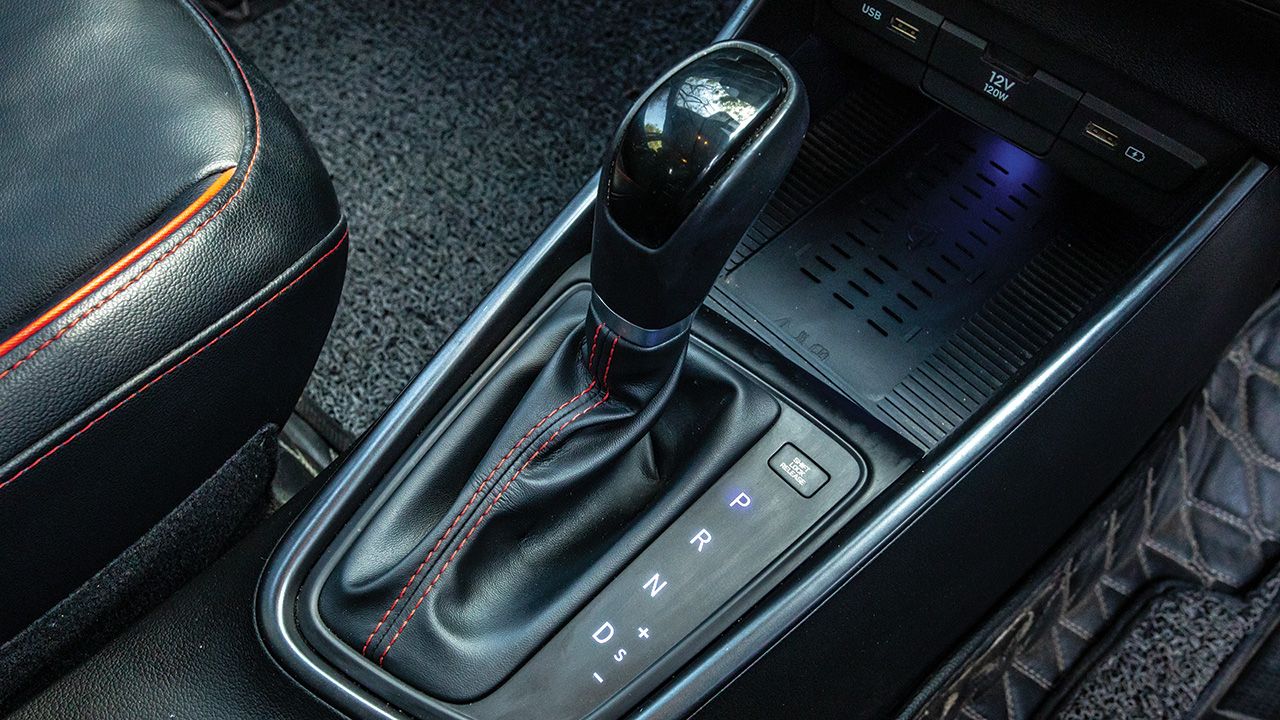 The i20 is a different beast altogether. Its 1.0-litre turbo-petrol makes triple-digit horsepower and torque for days and paired with the 7-speed DCT, this combo is in a league of its own. Let me say this right up, the i20 cannot match the Baleno when it comes to refinement, and fuel efficiency. The motor starts feeling a little un-refined as you get near the redline, and you really have to work hard to squeeze out fuel efficiency. In city traffic, consider yourself lucky if you are able to cross over into double-digits as far as the FE is concerned. However, everywhere else, the i20 is significantly ahead of the Baleno. It can cruise at 100km/h all day and can go far, far beyond that, if you so desire. The magic here is once again in the gearbox. The DCT’s control unit feels like an extension of your mind and it's almost uncanny how it continues to upshift frequently while delivering an almost uninterrupted supply of torque. It’s also quick in reacting to your right foot as a prod on the throttle is matched with an almost instant response, and 99% of all overtakes will be executed without even breaking a sweat. The shift speed of the DCT is phenomenal and the shift quality too is uber-smooth. While the Baleno gets close to it in terms of shift quality, the DCT’s more impressive hardware keeps it ahead as far as shift speed is concerned. 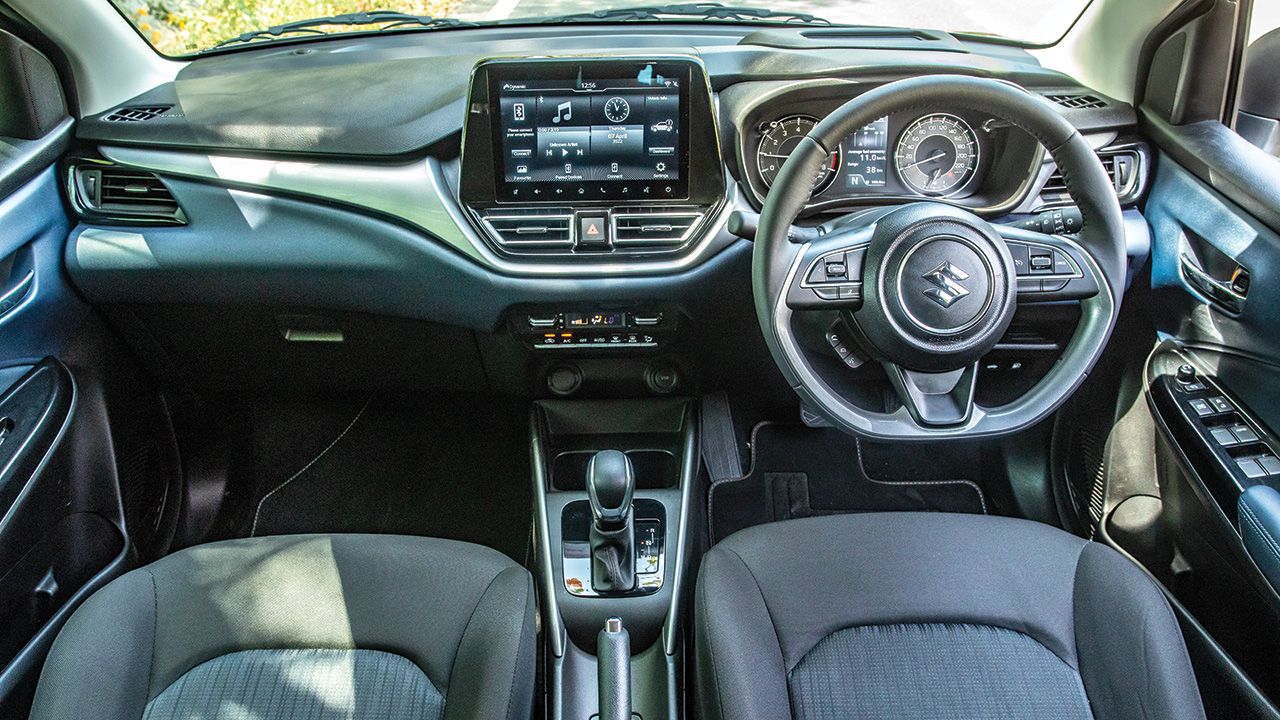 Where them Gadgets at?

The Baleno has a good number of features that will keep you happy but there is just no getting away from the fact that it’s the i20 that’s ahead by leaps and bounds in this area. The touchscreen is quite crisp and intuitive on both cars but it’s the i20’s bigger and better-positioned screen that comes out on top. The camera quality too is better on the i20, especially at night. Nonetheless, the Baleno does have a slight advantage due to its 360-degree camera. The resolution is not the greatest but the 360-degree camera works like a gem. The i20 claws back with its digital instrument cluster that relays information, a sunroof that the Baleno just doesn’t get, other bits like an air purifier, wireless smartphone charger and a cooled box are also things you will miss in it. However, the Baleno also packs in bits that the i20 doesn’t. Importantly, apart from the Baleno’s camera system, it also gets LED fog lamps, an auto-dimming IRVM (seriously Hyundai!), a head-up display (quite easy to use), C-type USB charging and UV cut glass over the i20. The UV cut glass is a boon in the North-Indian summer and shooting over two days, one could feel the Baleno’s cabin cooling up faster and getting less hot than the i20’s.

It’s a delicate balance tuning a car’s suspension for either comfort or handling. In both the Baleno and i20’s cases, the engineers have been able to strike a fine balance. Both cars feel that they have an underlying stiffness in their setups, although they feel plush over most uneven surfaces. This keeps body movement in check, and passengers will be equally comfortable in both cars. The i20 does however have a lower tolerance for how much abuse it can take, and going over bigger bumps it’s the first one of the two to start complaining. 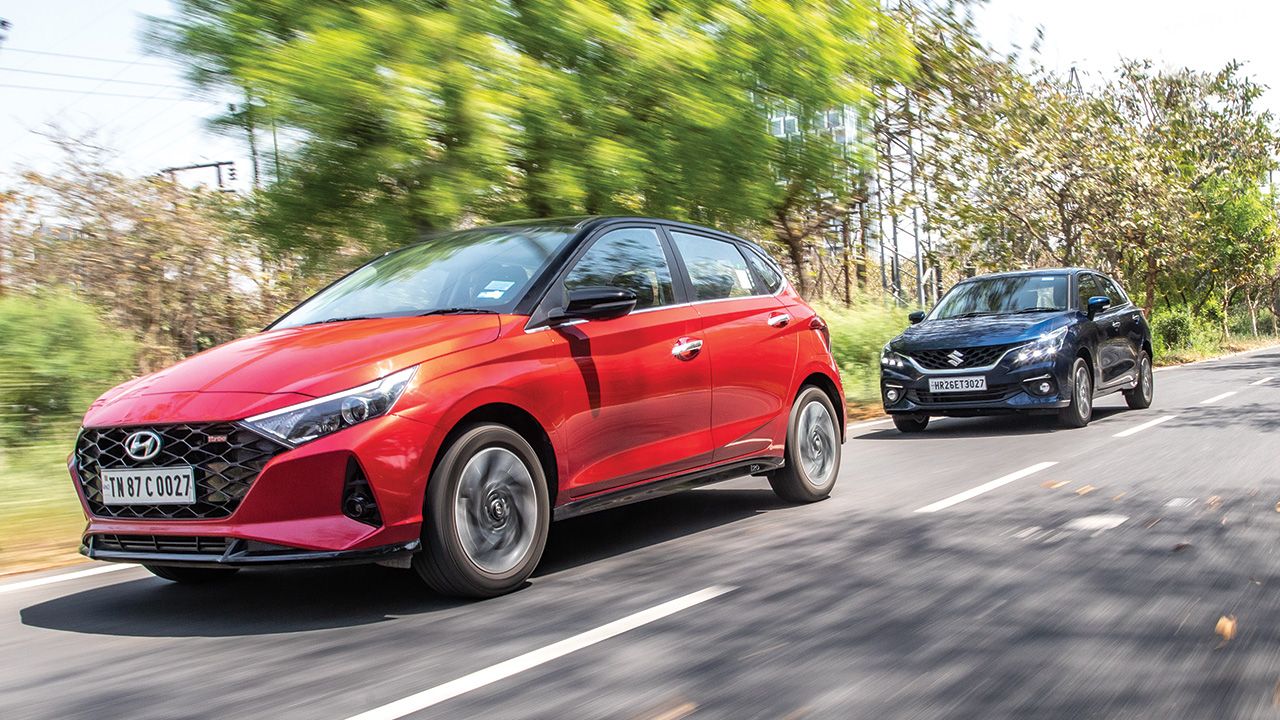 As far as handling goes, the underlying stiffness makes sure that both cars stay composed around corners. However, the Baleno gets Apollo Alnac 4G tyres from the factory whereas the i20 came with Ceat tyres. Their sizes are the same, and while both cars were able to hold their line through the same corner at the same speeds, it’s the Baleno that felt more sure-footed of the two. The i20’s front end felt like it had reached its limit and you could hear the tyres begging for mercy. The steering of the Baleno felt slightly more communicative, although this will only matter if you are someone who likes to go corner-carving at the drop of a hat. Otherwise, you will hardly notice the difference. 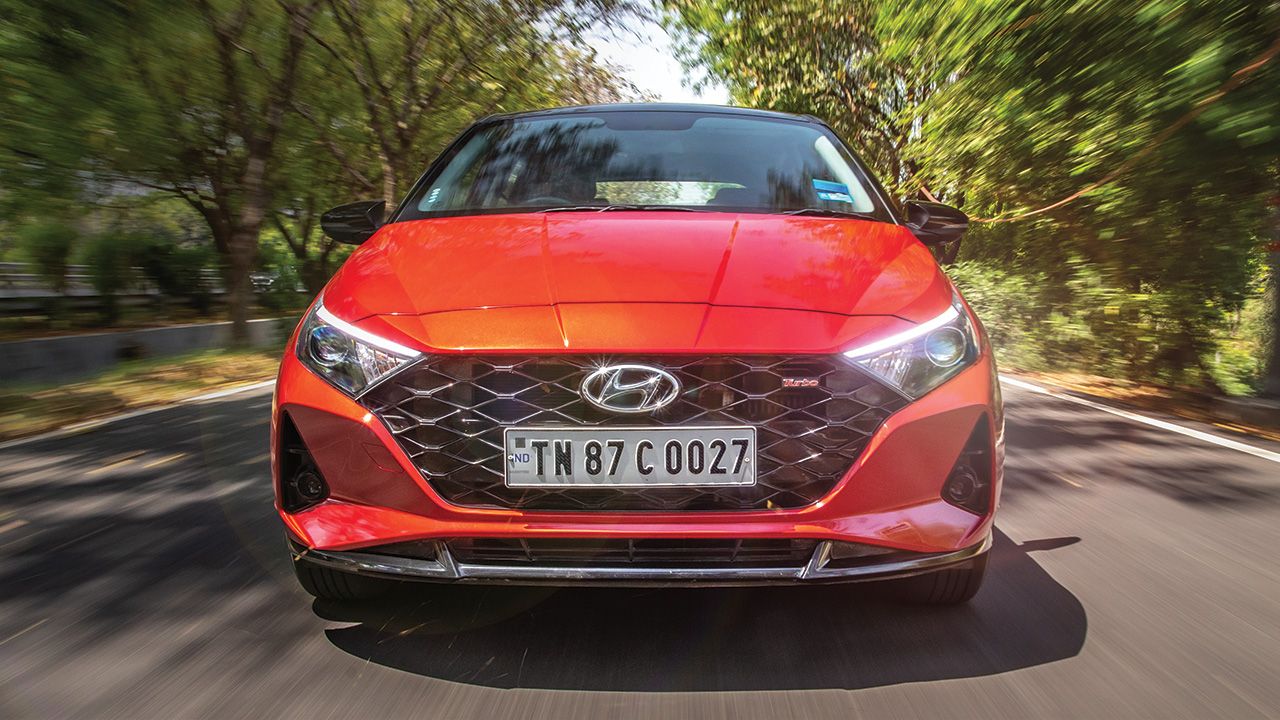 It’s really hard to pick a winner between these two cars, as they are both quite accomplished in their own rights. If money is not an object and you want the better overall car, it’s easy to say that the i20 wins that battle. However, if you are on a budget, then you should be looking at the Baleno. It’s offering 75% of the same experience as the i20 while it costs way less to buy and run it afterwards. This will especially appeal to those who don’t really care for a sporty driving experience. Now I know some of you really want that i20 because of that excellent powertrain, but you don’t want to pay the exorbitant amount for its Asta (O) variant. If you are willing to sacrifice features, you can look at the i20’s one-below-top Asta variant or the two-below-top Sportz variant. Despite being so low on the ladder, the Sportz variant is marginally more expensive than the Baleno’s top-spec variant, and it misses out on a lot of features at the same time. But you do at least get to enjoy the i20’s wonderful powertrain.

X-Factor: Strikes a good balance between fuel efficiency and performance. It’s also a bargain for the price.

X-Factor: Offers a highly sophisticated overall experience that you are used to getting from more expensive cars.

Lots of fairy tail stories to tell about Auto industry. Need an opportunity to expand it to pro level. Just cross checking the lines as stars are on my side. There is no issue in checking why bells & rings ringing for certain reason. reyazhaider@pm.me