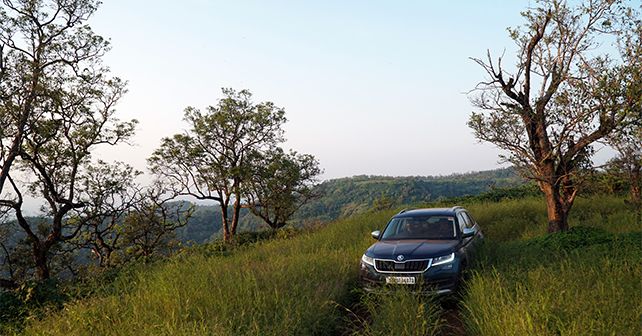 If you’re in the market for a premium SUV and haven’t considered the Skoda Kodiaq, you should! Here’s a new variant of what remains an impressive SUV – the Kodiaq Scout.

Skoda first brought in the Kodiaq to India in October 2017. At the time, the flagship SUV was only offered in a ‘Style’ variant. That said, even at the time, the Kodiaq was impressively equipped, with features and Skoda’s signature ‘clever’ solutions.

The Czech carmaker then brought in the fully loaded L&K trim in November last year. This one was loaded even better with features, like fully digital instrumentation, fatigue alert, and a 360-degree camera. Now, the company has introduced a third variant – the Kodiaq Scout. Priced at `34 lakh, the Scout sits right in the middle of the Style and L&K. So, what’s new in the Scout? 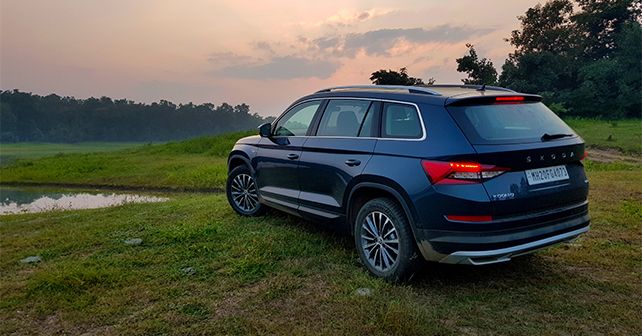 Looks beefier
Although the Kodiaq Scout has the same silhouette as the rest of the variants, Skoda has given it a few cosmetic changes to set it apart. There’s black plastic cladding, with silver metallic inserts on the front and rear bumpers. A similar silver finish can be seen on the ORVM casings and roof rails.

The Scout also gets dual-tone 18-inch alloy wheels. And, for the first time, the Skoda insignia on the tailgate has been replaced by lettering. Overall, the Scout continues to have the clean Kodiaq design that we’ve always loved, and there are quite a few design elements to set it apart from other variants.

On the inside, the layout of the dashboard remains largely unchanged. It continues to have the touchscreen at the centre, with vertically-stacked air-con vents on either side. As far as new elements go, there’s this faux wood finish that runs across the dashboard and door pads. The Scout also has premium looking Alcantara seats with Scout badging on the backrests. Other aspects of the Kodiaq Scout remain the same as the standard model. It’s a well put together, spacious, and comfortable crossover.

Simply clever
Even this mid-spec Scout variant of the Kodiaq comes well equipped with features. It’s the only trim to get a Tyre Pressure Monitoring System. Just like the Style trim, it continues to get three-zone climate control, electrically adjustable front seats, ambient lighting, panoramic sunroof, and more. It does miss out on the Virtual Cockpit and the 360-degree camera of the L&K though.

The Scout continues to have the clever features that the Kodiaq is known for – the snooze package, removable boot light, and an umbrella in the front door. Surprisingly, the door protector has been removed from the feature list – not just on the Scout, but across all variants. I wonder why? 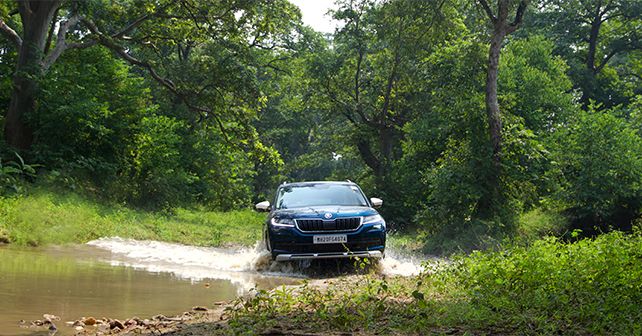 What’s under the hood?
The engine on the Kodiaq Scout remains the same Volkswagen Group 2.0-litre TDI, which makes 148bhp and 340Nm. All of its torque kicks in from as low as 1,750rpm, which plays a huge role in the way the car drives.

It pulls cleanly right from the get-go and remains energetic in its mid-range. In fact, it’s only when you’re around the 4,000-4,500rpm mark that you feel the performance tapering. While doing highway duties and performing quick overtakes, the Kodiaq feels a little low on power – a feeling that’s likely to get intensified with a full load of passengers.

The engine remains smooth for the most part, without any diesel clatter seeping into the cabin. The 7-speed DSG, as always, performs brilliantly. It shifts quickly, smoothly, and, in fact, somewhat helps mask the shortcomings of the motor. All said and done, we’ve always loved how the Kodiaq drives. It feels surefooted, despite its large dimensions, and can attack corners at reasonable speeds without feeling nervous.
That said, there is some lateral movement, but it’s not at all worrisome. As far as ride quality goes, the Scout flattens the rough road surfaces very well. At slow speeds and over larger potholes, however, it does tend to feel a bit firm. 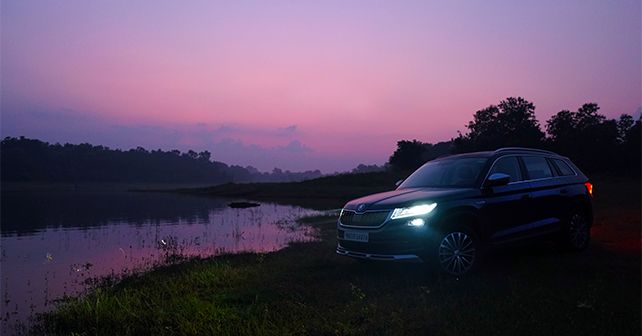 Is it better off-road?
We’ve tested the Kodiaq’s off-road capabilities comprehensively in the past. Considering that it’s an all-wheel-drive car, the Kodiaq managed a fair bit of off-roading. The Scout gets an additional Off-road mode, but this is merely Hill Descent Control – allowing the Scout to drive down inclines with minimal effort. That aside, the Scout is no different than the other variants in terms of its off-roading ability.

Our take
The idea behind the Scout is to fill the gap between the Style and the L&K, and it does this very well. As we’ve come to expect from the Kodiaq, it gets a lot of features and is priced well too. And for those who want a relatively fresh design, the Scout has some elements that set it apart.

Skoda has smartly brought in new variants of the Kodiaq at regular intervals to ensure that it remains fresh and relevant. That said, the Skoda line-up as a whole is now in dire need of fresh products. The first compact SUV, off the MQB-AO-IN platform, as part of the India 2.0 plan, will only be unveiled in the second half of next year. In the meantime, however, expect a Superb facelift, as well as the launch of the Karoq mid-size SUV in 2020 as well.

X-factor: A good mix of features and premium elements make the Scout a good addition to the Kodiaq portfolio.