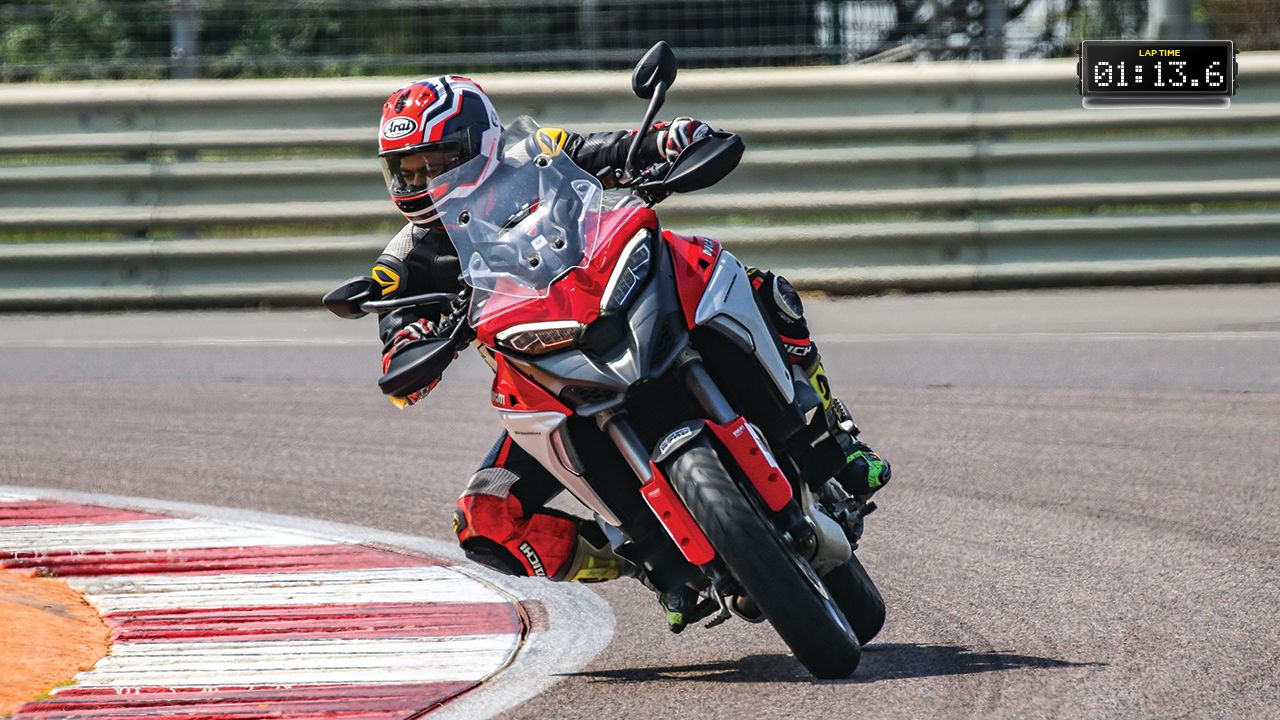 Summing up our feelings for the Ducati Multistrada V4 is a bit complicated. That’s because the latest iteration of Bologna’s heavyweight ADV – and forgive us for using an unparliamentary word here – is a bit of a mindf*ck!

You see, the fourth-gen Multistrada V4 has moved the goalposts to a place where it’s bloody hard to objectively wrap your minds around it – it’s fantastically brilliant!

In its latest iteration, the Multistrada features a couple of major changes. The outgoing 1260’s V-twin engine has been replaced by Panigale’s V4 Stradale engine, and there is an all-new aluminium frame, which replaces the steel trellis of the old bike. And then to make it even more of a tech-fest, Ducati has peppered it with class-leading electronics and advanced assistance systems, like adaptive cruise control and blind-spot detection.

Coming to the performance, the V4 engine is a bit ‘relaxed’ in comparison to that of the superbike, and to that end, it’s been renamed as Granturismo V4. The powerplant has been rebored to 1,158cc (vs Panigale’s 1,103cc) and develops 168bhp and 125Nm of torque – it’s nearly 40bhp less than the Panigale V4’s power output. However, you should keep in mind that it is an adventure motorcycle, which means that it’s the most powerful motorcycle of its shape and size in the business. The Granturismo engine is all about solid low- and mid-range. Despite weighing 215kgs (dry), the Multi V4 picks up speed as if it’s possessed by a superbike’s ghost – which, actually, is the case. Be it on the streets, trails, or racetracks, the Multi V4’s acceleration and need for speed are mind-numbing. The electronics are brilliant – no surprises there. Plus, the guttural noise of the V4 is simply music to your ears.

Ducati has tried to make the new Multi V4 more adventure focused, which means that it now gets a bigger 19-inch wheel at the front. On the track, you do notice that the steering is a little slow, but 9/10 times it won’t matter – the Multi still handles like a dream.

The Multistrada V4’s range of abilities are unparalleled – it’s a track bike, a streetfighter, and an adventure tourer rolled into one. And, on top of it, it’s dressed to kill. That said, it’s not flawless. It’s priced quite high and the suspension is a little jittery on bad roads. Also, for an ADV, it drinks fuel like a bloodthirsty vampire, resulting in a compromised range. But, overall, it’s just so, so hard to resist.