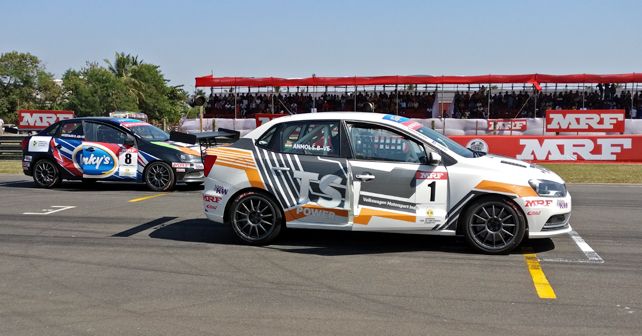 For 2020, Volkswagen Motorsport India will bring back the Race Polo, in its new avatar, as the machine for its one-make championship. So, the outgoing Race Ameo received a proper farewell this weekend at the MMRT in Chennai.

After three successful seasons of its premier one-make racing championship with the Race Ameo, Volkswagen Motorsport India bid an emotional farewell to its creation at the Madras Motor Race Track in Chennai this weekend. As our readers may be aware, this weekend marked the beginning of the 2020 season of the MRF Indian National Car Racing Championship (INCRC), alongside which, MRF also hosted the final round of its marquee international four-wheeler championship - the MRF Challenge.

While the MRF Challenge ran its six Formula 2000 (F2000) races separately, Volkswagen ran the Ameo Super Race as a support race in MRF's 'All Saloons' category. In essence, Volkswagen invited top Indian racing drivers from across the country (most of whom have participated in VW's one-make championships earlier) to be part of the farewell Ameo Super Race (not a part of the 2020 MRF INCRC).

Moreover, folks at MRF Racing decided to mix things up and combined all saloon categories into a single race. The result? A 29-car starting grid comprising of the Race Ameos, the Indian Touring Car (ITC) contenders as well as the Super Stock class. 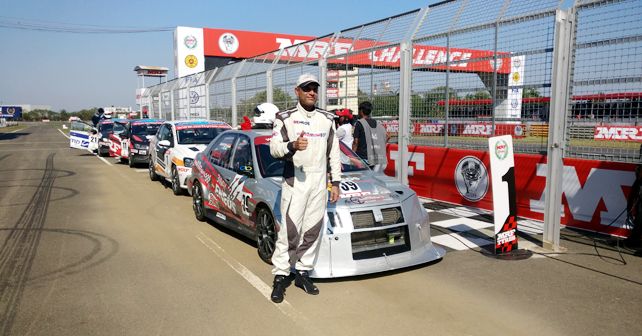 Arjun Balu of Race Concepts (ITC competitor) had an exceptional race weekend as he opened his 2020 innings with solid victories in both All Saloon races over the weekend. This also made him the top finisher in the ITC category. As for the Ameo Super Race, Saurav Bandyopadhyay topped the class on Day 1 (Race 1), followed by Anindith Reddy in second and Dhruv Mohite in third. On Day 2, 2018 and 2019 Ameo Cup competitor Anmol Singh Sahil topped the Ameo category, again followed by Reddy in second and Mohite in third.

Here are the race results for Day 1 and Day 2: