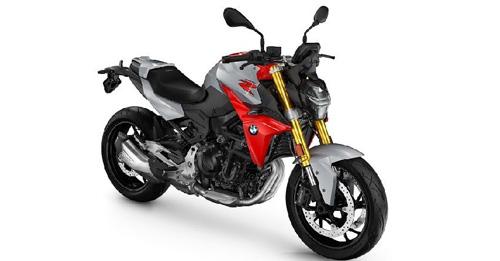 The BMW F900R Mileage is 24 kilometers per litre.

Launched alongside the F900XR, the BMW F900R is a middle-weight naked streetfighter, which was also unveiled at the 2019 EICMA show in Milan. The F900R, therefore, fits under the Roadster category in BMW Motorrad’s India portfolio.

Just like its sibling, the F900R, too, shares a lot of its core hardware and other bits with the F 850 GS adventure motorcycle. But let’s see what makes the F900R a special addition to the company’s product line-up than its other siblings.

Just by the way it looks, the F900R makes for an extremely compelling package. Sharp creases, dollops of muscularity, and the technology overboard make the F900R one of the most desirable bikes in the country. It simply looks badass, especially in the ‘Sport style: Hockenheim silver metallic/Racing red’ shade, which gels well with the golden forks and the gloss black alloy wheels.

In terms of the powertrain, the F900R borrows its engine from the F850GS, albeit with a bigger bore and, of course, increased cubic capacity. The 895cc parallel-twin engine here is good for 103bhp and 92Nm of torque and comes mated to a 6-speed manual gearbox. Moreover, the engine is BS-VI compliant. As for the BMW F900R mileage, expect it to return around 22km/l.

In case of its mechanical parts, too, BMW F900R new model shares a whole lot of its hardware with the F850GS. It is built around the same steel bridge frame. The suspension duties, on the other hand, are taken care of by non-adjustable 43mm upside-down front fork and a mono-shock at the back. The 17-inch wheels are shod with a 120/70 ZR 17 tyre at the front and a 180/55 ZR 17 tyre at the rear. The stopping power comes from dual 320mm disc brakes at the front and a 265mm disc at the rear.

On the lighting front, the F900R comes equipped with LED headlamps with LED DRLs, and an LED taillamp. The instrumentation is carried over via a 6.5-inch colour TFT display with Bluetooth connectivity. Other than that, you also get safety features like ABS and traction control as standard along with two riding modes – Rain and Road.

The BMW F900R is available in a single variant. The BMW F900R price (as of early-2020) is ₹9.90 lakh for the sole Standard variant (ex-showroom, Delhi). For the variant wise BMW F900R on-road prices, visit our prices section.

BMW F900R Price in Near By Cities