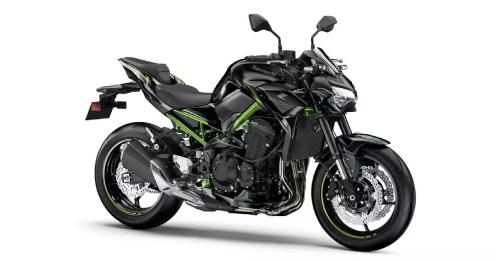 The Kawasaki Z900 Mileage is 17.5 kilometers per litre.

The quintessential inline-4 superbike in India has received an update for BS-6 emission norms and how! The Kawasaki Z900 had managed to optimally place itself in the pricing order in the Indian market, and it seems to retain that position despite updates. Although Kawasaki had intended a significant price hike for the latest BS-6 variant, that hasn't happened as the new model gets only ₹30,000 dearer. And for a small price hike, the inline-4 beast not only manages to retain its power delivery figures but also receives a few significant improvements. Read on for more information on the 2021 Kawasaki Z900.

The Kawasaki Z900 still feature's Kawasaki's iconic “Sugomi"" design, albeit with a few updates. The iconic LED headlamp gets a slight redesign along with the tank extensions and subframe. The design rework exposes more of the trellis frame giving the bike a rawer and more aggressive look. The Z900 gets an update to its colour scheme as well. Other design cues, such as the signature Z tail light, continue to remain the same. Dimensions of the Z900 are 2070mm in length, 825mm in width and 1080mm in height.

Engine performance of the Kawasaki Z900 remains the same. The bike gets a 948cc in-line four-cylinder motor that puts down 124bhp at 9500rpm and 98.6Nm of torque at 7700rpm. Due to the BS6 updates, however, the weight of the Z900 has gone up by 2kgs to 212kgs. Transmission duties are handled by a slip and assist clutch paired to a six-speed gearbox.

Handling duties in the Kawasaki Z900 remains with its KYB 41mm USD front forks and a rear mono-shock, both of which are preload adjustable. However, the suspension has received returning, because of which the ground clearance is now 145mm from 130mm. The seat height has also gone up from 795mm to 820mm, and the wheelbase has increased by 5mm to 1455mm. Braking power is supplied by dual 300mm petal discs on the front and a single 250mm petal disc at the rear.

The new Kawasaki Z900 gets a surprisingly high number of improvements for such a minor price update. The bike gets four riding modes, with one mode completely configurable by the rider. The bike also gets two power modes and three-level Kawasaki Traction Control (KTRC). The bike also gets a 4.3-inch colour TFT screen and Bluetooth connectivity through Kawasaki's Rideology App. The bike also gets new tyres, the Dunlop Sportmax Roadsport 2 tyres, as an update.

The BS6 Kawasaki Z900 gets a single, standard variant priced at ₹8.42 lakhs (Ex-Showroom). The Z900 BS6 are available in two new colour schemes – Metallic Graphite Grey & Candy Lime Green. However, at the moment in India, it's only available in the former colour scheme. For the BS6 Kawasaki Z900's on-road price and other details, be sure to check out autoX's price section.

The Kawasaki Z900 gets new colour schemes. The motorcycle has been launched after the company has announced a price hike for all its models; which will come in effect from next....

Before we bid farewell to 2019, the Japanese marque has announced its first BS-VI model for India - the 2020 Z900. The upgrade though will come at a significant cost increase. To be priced.... 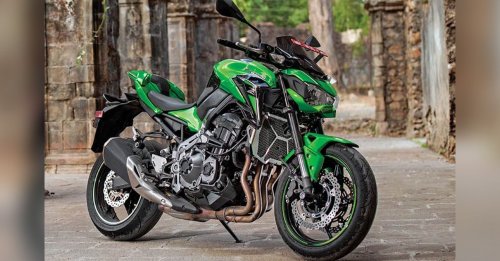 Kawasaki has issued a recall for its Z900 naked superbike in India. The reason behind the same is said to be a faulty tie-rod bracket for the rear shocker. The faulty tie-rod is expected to cause....

When did Kawasaki introduce the Z900 in India?

How many variants of the Kawasaki Z900 are currently on sale?

The Kawasaki Z900 is currently available in 1 variant.