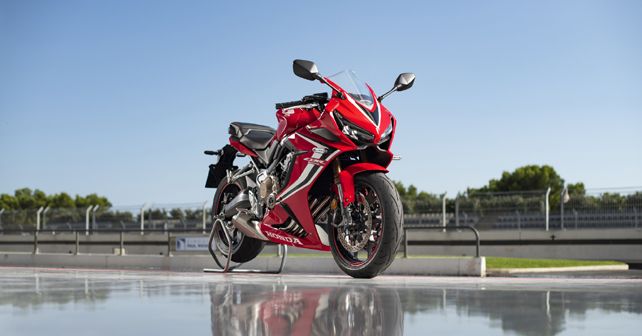 The 2019 Honda CBR650R rolls into India to take on the mid-size supersport segment.

After opening its order books in February 2019, Honda Motorcycle and Scooter India (HMSI) has launched the much-awaited middleweight supersport, the CBR650R, in India at ₹ 7.7 lakh (Ex-showroom). The 2019 CBR650R replaces the erstwhile CBR650F which had been discontinued a while back. The new bike is about ₹ 50,000 more expensive than its predecessor but it offers much more for the premium. The launch comes just days after HMSI inaugurated its first BigWing dealership in Gurugram, NCR. The BigWing chain of retail outlets is meant to serve owners of Honda's larger capacity superbikes and tourers. Further, the CBR650R will be available at 22 other Honda WingWorld outlets across India.

Speaking on the occasion, Mr Yadvinder Singh Guleria, Senior Vice President (Sales & Marketing) at HMSI said, 'It was just last week that we announced the establishment of our new premium big bike business vertical – the Honda BigWing in India. The CBR650R further strengthens the model line up to be sold & serviced under Honda BigWing. Delivering a sporty & powerful performance with Honda’s Racing pedigree, the all-new CBR650R is set to excite middleweight biking enthusiasts.' 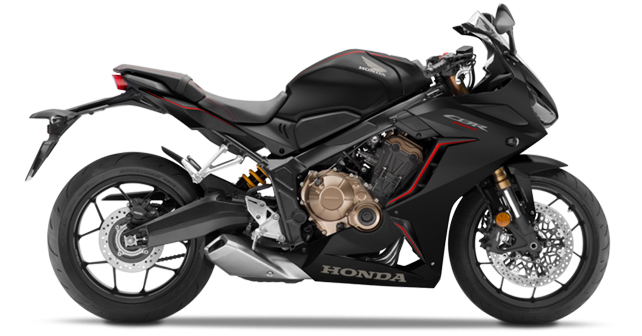 First shown at EICMA 2018, the CBR650R fills in the void created in the middleweight supersport segment with the discontinuation of the CBR600RR in the international markets. In India, the CBR650R offers a refresher to the CBR650F with more aggressive styling (due to its design inspiration taken from the CBR Fireblade) and enhanced features. The CBR650R is powered by Honda's 649cc inline, four-cylinder motor which produces around 88bhp and 60Nm of torque. Reports suggest that the India-spec version of the bike has been detuned a bit. For maximum riding control, the CBR650R also comes equipped with a slipper assist clutch and the Honda Selectable Torque Control System (HSTC), which is essentially Honda's version of traction control.

Available in Grand Prix Red and Matte Gunpowder Black Metallic, the 2019 CBR650R will lock horns with the likes of the Suzuki GSX-S750 and the Ninja 650.