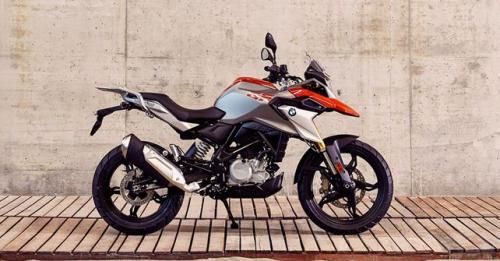 There is still some time before the most accessible duo from BMW Motorrad launches in India.

After numerous delays, BMW Motorrad has now confirmed that both of its motorcycles made in collaboration with TVS - G 310 R and G 310 GS, will launch in India in the second half of 2018.

The smallest capacity BMW bikes have been on sale in global markets for a while now, but BMW kept delaying their Indian launch quoting the company's lack of proper sales and service infrastructure in India for a quarter-litre bike. BMW Motorrad hopes to extend its dealership count in India to 10 by 2018. Presently, the company has only four dealerships in the country - Ahmedabad, Mumbai, Pune and Hyderabad.

The G 310 R is a street fighter, while the G 310 GS is a slightly rugged, adventure tourer version of the former - which is 11kg heavier as well. At the heart of the two bikes lies a 313cc single-cylinder liquid-cooled engine capable of pumping 33.5bhp of power and 28Nm of torque. This motor comes mated to a 6-speed gearbox.

When the BMW G 310 series arrives in India, it is expected to be priced around the Rs. 2.5 lakh – Rs. 3 lakh mark, and will compete against KTM 390 Duke and Kawasaki Z250, while the GS will also be more or less a competition to the Royal Enfield Himalayan.