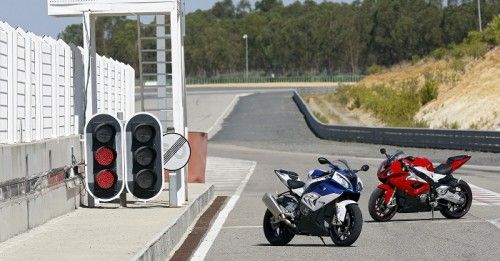 BMW Motorrad – the two-wheeler division of the German automobile giant – reported a 13.5% increase in its sales figures for the month of February.

For the fifth time in a row, BMW Motorrad had a February better than the previous one. The German automobile manufacturer sold 9,195 motorcycles and maxi scooters across the globe in February 2015 where it sold 8,098 units last February. 2015 has been proving to be a promising year for BMW as it sold 15,458 two-wheelers in the first two months of January and February which is 14.2% more than what it sold last year in the same time frame.

BMW has been consistently improving its models to keep up with the times and it has been reflecting in their sales figures year after year. The new S 1000RR was launched along with the R 1200R and R 1200RS at the Intermot in Germany and S 1000XR and F 800R at the EICMA in Milan. The efforts BMW is putting in the Research and Development wing is bringing good news to the folks at BMW.

Commenting on the encouraging sales figures, Heiner Faust, Head of Sales and Marketing at BMW Motorrad said, “With 15,458 vehicles sold we have achieved a new record after the first two months of the year. This is a considerable increase in sales of 14.2% as compared to the equivalent period last year. What is more, last month showed the best February sales for the fifth time in succession in the company’s history with 9,195 vehicles sold and an increase of 13.5 %. The main drivers of this success are the continuing high demand for the models we launched in 2014 and the new models of the current season. This spring will again see five new motorcycle launches.”