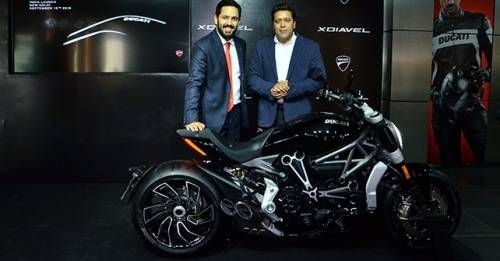 The new Ducati XDiavel has now been launched in India for Rs. 15.8 lakh with Ducati’s Testastretta DVT engine with riding modes.

After bringing the Multistrada 1200S and Enduro in addition to the 959 Panigale earlier this year, Ducati has finally launched the XDiavel in India. The XDiavel will be available to all Indian customers in the XDiavel standard and XDiavel S version for Rs. 15.8 and Rs. 18.4 (ex-showroom Delhi) respectively. 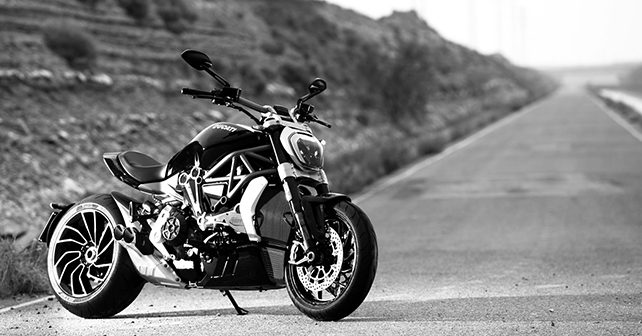 At the heart of this Italian beast is Ducati’s Testastretta DVT (Desmodromic Variable Timing) 1,262cc, L-twin cylinder engine that is mated to a 6-speed transmission that churns out 156bhp and 128Nm of torque. With the power and torque kicking in at low RPMs, most of it is accessible easily and gives the bike a solid mid range which is a “cruiser motorcycle” trait… if you can call it that. Similarly, the XDiavel also uses a belt drive, like a traditional cruiser. The engine also has Sport, Touring and Urban riding modes and also gets ride-by-wire throttle, ABS with EBD, traction control, cruise control and launch control as well.

The bike has wheelbase of 1615mm and a total height of just 755mm. However, the XDiavel S sets itself apart from that standard bike as it gets additional features like full LED headlamps with DRLs, Bluetooth connectivity and an infotainment system that lets riders view incoming calls, text messages and music playlists via their smartphones. The XDiavel S’ alloys and engine covers have a machined finish as well.

The new Ducati XDiavel is available in matt black (Dark Stealth) while the XDiavel S will be available in gloss black (Thrilling Black) with a matt black stripe and red trim.