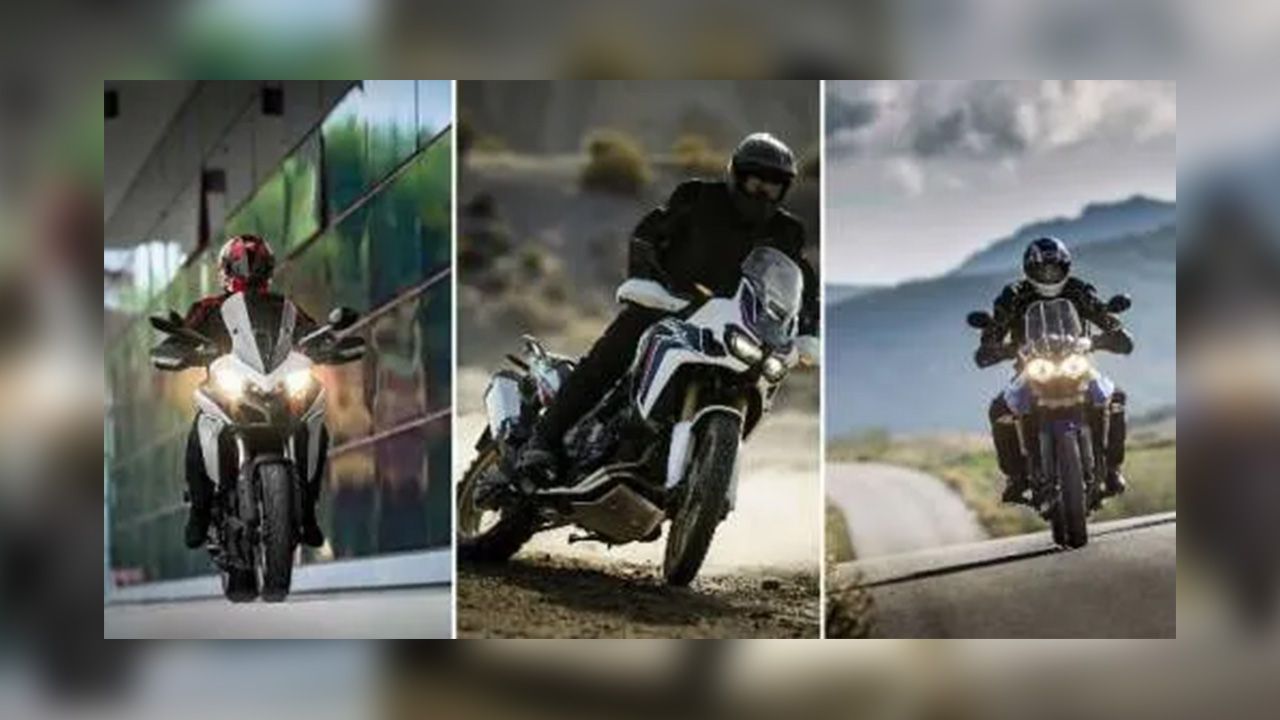 These three Adventure Tourers offer can munch miles and attack mud at the same time.

The Rs. 12 lakh -14 lakh Adventure Tourer space is getting crowded with more and more manufacturers foraying into this segment. Triumph has had its Tiger 800 series in this space for quite a while now, but 2017 has seen two more entrants come into this segment to challenge the Triumph’s monopoly. Honda earlier launched the hardcore Africa Twin, and now Ducati has brought in its baby Multistrada.

Designed with off-roading in mind, all three of these bikes are tall and hefty. However, it’s the Honda Africa Twin which look like the most dedicated off-roader with its raw, old school design. Both Ducati and Triumph have more of an urbane look comparatively. Triumph Tiger 800 series also has the more off-road focused XCx model, but the XRx model featured here competes better with Ducati’s dual purpose stance. The Multistrada 950 borrows a lot of design cues from the fatter Multistradas, with the ‘beak’ fairing being the most prominent.

The Triumph in comparison misses out on most of the fancy tech of the other bikes, but gets the basics covered – ABS which can be manually turned off, and ride-by-wire throttle.

This is where the Honda Africa Twin has something to boast about – it is one of the few motorcycles in the world to feature an automatic transmission, a 6-speed dual clutch to be precise. Other two bikes do with conventional manual gearboxes. Duacti is the most powerful in this group with its L-twin motor churning out 111bhp. The Triumph Tiger XRx, despite having one extra cylinder over both Honda and Ducati, is the least powerful.

The Triumph Tiger XRx is stopped by twin 308 mm discs with twin calipers at the front and single 225 mm disc at the rear.

The ex-showroom, Delhi pricing of all these adventure tourers are closely matched. At Rs. 11.95 lakh, the Triumph is the most affordable one here, which makes sense keeping in mind it’s the least powerful and misses out on a lot of electronics. Ducati comes in at Rs. 12.60 lakh, which makes it a stellar value-for-money option keeping in mind what all it has to offer. The Honda is priced at Rs. 12.90 lakh.