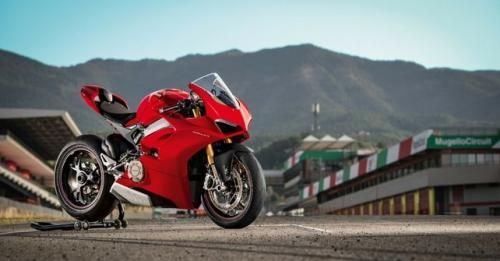 The initial 20 units of Panigale V4 were booked within a week of the announcement.

Ducati India has announced the reopening of bookings for the new Panigale V4 and V4 S. The bike was launched in India in January this year and the initial 20 units sold out really fast.

To cater to this soaring demand of the Panigale V4 amongst the biking enthusiasts in the country, Ducati India is now bringing in additional units of its flagship superbike which is now available for bookings across Ducati dealerships in Delhi NCR, Mumbai, Pune, Ahmedabad, Bengaluru, Kochi and Kolkata.

“The overwhelming response which the Panigale V4 has received, even before the start of deliveries, is a testament of its domination in the Superbike segment and we are delighted to announce the reopening of bookings to cater to the pending customers’ requests that we’ve collected so far”, said Sergi Canovas, Managing Director of Ducati India.

The Panigale V4 is the first 4-cylinder production Ducati that has its V4 mill derived from the MotoGP spec Desmosedici. The engine displaces 1,103cc and churns out 211bhp of power and 124Nm of torque. The V4 configuration is achieved by combining two 90-degree V-twin rearwards at an angle of 42 degrees.

Ducati Panigale V4 and V4 S were launched in India in January 2018 at introductory prices of Rs 20.53 lakh and Rs 25.29 lakh, respectively. These introductory prices remain unchanged for the second batch allotted for India as well. The Panigale V4 competes with other litre class supersport bikes such as the Yamaha YZF-R1, Suzuki GSX-R1000 and Honda CBR Fireblade.