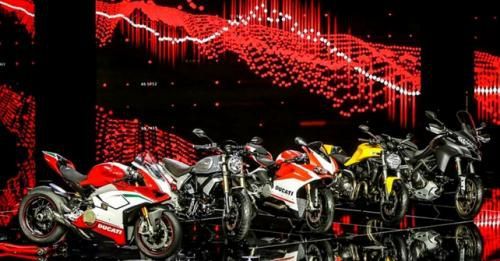 Ducati has revealed a total of five new motorcycles as a part of its 2018 lineup, which include both all-new and updated models.

The star of Ducati’s 2018 lineup is definitely the new Panigale V4, about which you can read here. New flagship aside, Ducati has four other updated models as well.

Let's begin with the bigger sibling of the ever-so-successful Scrambler line. Called the Scrambler 1100, it features a new 1,079cc L-Twin powertrain derived from the Monster 1100, which produces 85bhp and 88.4 Nm. The bigger Scrambler features an all-new twin upper spar steel Trellis frame to properly house the bigger L-twin. 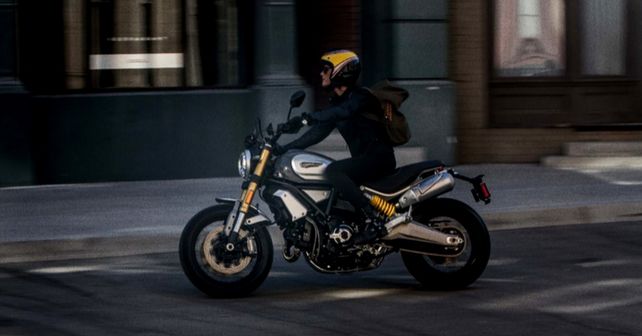 Aesthetically, it looks quite similar to the smaller Scrambler, however, the rear is differentiated by beefy twin-exhaust setup. Three versions of the bike will be available - base, Special and Sport.

The 959 Panigale Corse edition gets a new paint job and livery, inspired by Ducati’s MotoGP racebikes. It also gets Ohlins treatment, which includes 43mm Ohlins NIX30 forks up front and a TTX46 monoshock at the rear. Adding to this is a standard Akarapovic titanium exhaust, which has been homologated for street use. Overall, this edition is about 2.26kg lighter than the standard 959. 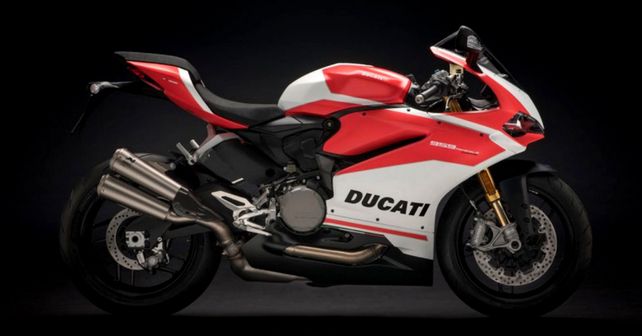 However, power-wise the 959 remains the same, which means it is powered by a 955cc twin-cylinder motor that produces 148bhp and 102Nm.

The bigger Multistrada has been thoroughly updated for the 2018 model year and now features a bumped up displacement of 1,262cc - all thanks to a longer stroke of 71.5mm. The 1260 is capable of pumping 156bhp and 130Nm of peak torque. Also, 85 per cent of the maximum torque is engineered to arrive as soon as 3,500rpm. 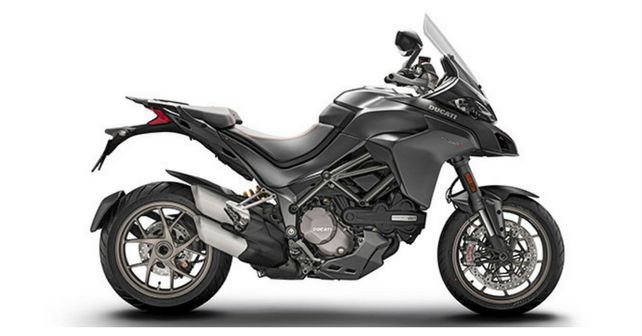 The Pikes peak is the top-end trim, that features Ohlins 48mm inverted forks up front, TTX36 shock at the rear, forged aluminum wheels, and a Termignoni exhaust system. Furthermore, a TFT instrument console with navigation, and rider assistance options controlled by a Bosch Inertial Measuring Unit (IMU) are also standard on the 1260 Pikes Peak.

Ducati has given the mid-spec Monster a host of updates for 2018, including many inspired by the original Monster 900, to celebrate the latter's 25th anniversary. The Italian company had already digitally revealed the new Monster 821 a few weeks back. 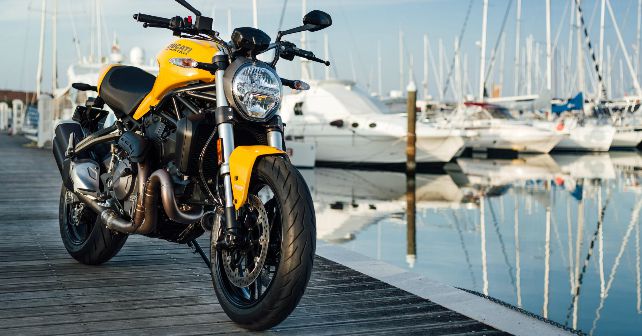