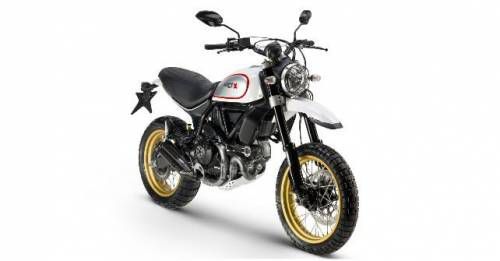 The new Desert Sled will be the most expensive model of the Scrambler series.

The Ducati Scrambler series was temporarily discontinued from India as the Italian company was in the process of bringing the BS-IV compliant versions of the motorcycles. Now, the Scrambler series has not only been relaunched but is also offered in the new Desert Sled avatar, joining the previous Classic and Icon models.

The Desert Sled model is the dirt-loving avatar of Ducati’s entry-level offering, and features a host of aesthetic and mechanical updates over the other two Scramblers. Ducati claims that the off-road motorcycles of the 60's and 70's have played major role in how the Desert Sled has shaped out. Over the road-friendly Scramblers, the Desert Sled features a modified frame and suspension, bespoke high mudguards, type-approved headlight mesh guard and engine skid plate. Ducati says that the Desert Sled has a new throttle control and new engine calibration to make power delivery smoother, especially at the bottom end of the rev range.

Compared to the standard Scrambler models, the frame has been reinforced for the Desert Sled to take the punishment meted out by off-road terrain. It's also been equipped with two side plates that hug the engine and support the new swingarm, which by the way is now longer and reinforced too. The swingarm gets a new chain guard and, as you'd expect with an off-road bike, a rear sprocket protection fin. 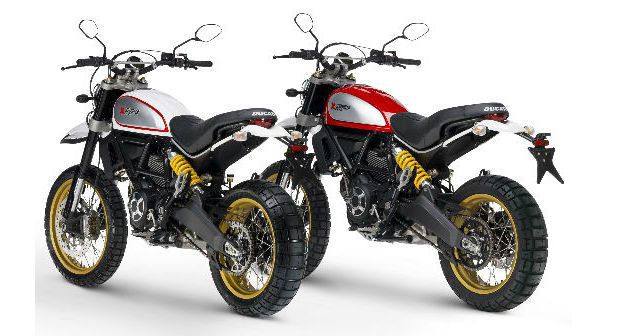 The 19-inch front and 17-inch rear spoked wheels on the Ducati Scrambler Desert Sled have been fitted with Pirelli Scorpion Rally STR tyres. The standard Brembo braking system features a Bosch ABS system with a pressure sensor. The front wheel has a single 330mm disc and a 4-piston Brembo monobloc caliper, while the rear features a 245mm disc gripped by a 32mm caliper. 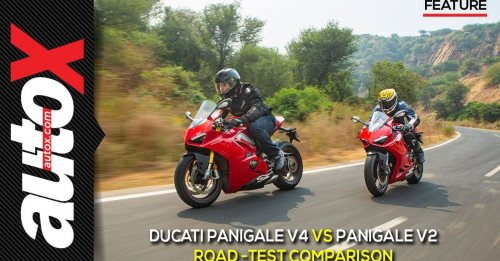