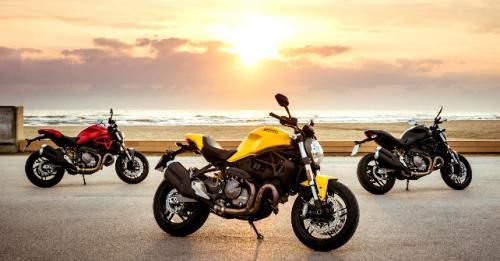 With Volkswagen Group’s car subsidiaries announcing their electric vehicle plans for the future, how could Ducati fall behind?

There have been hints about it in the past, but the news is now official – Ducati will be going electric by 2021. The first clue of this, which almost went under the radar, was when at the 2017 Frankfurt Motor Show, Volkswagen Group Chairman Matthais Muller said, “there will be at least one electrified version of each of the 300 or so Group models across all brands and markets.”

While this was an obvious indication, an official statement about VW Group-owned Ducati plans to go electric weren’t made official until recently. In an interview with French automobile website, Moto-Station, Managing Director of Ducati Western Europe confirmed that Ducati is looking to bring in electric two-wheelers and scooter around 2021. And that isn’t the only big news from the interview. The Ducati spokesperson also announced that the will be entering the scooter segment too – which too will be in the premium segment. Ducati also assured that they will ensure that the scooter will stay true to the Ducati badge. While all of this is surely great news to look forward to, the Italian bike maker will currently focus its energies and resources to make sure that all its offerings meet the Euro V mandate.

Two wheels or four, a shift to electric power seems inevitable. As much as we love the sound of V4 engines and loud pipes, there is no denying that the immediate power and thrill that electric two-wheelers can offer.