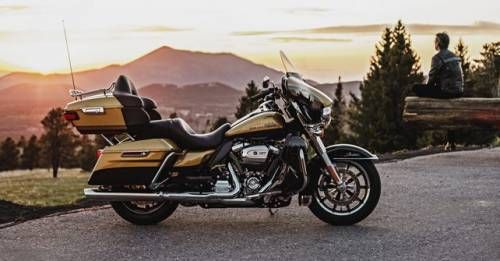 Harley-Davidson has unveiled the company’s ninth big twin engine in history. Dubbed the Milwaukee-Eight, the new engine – like its name suggests – incorporates four vales on each cylinder head and is claimed to be more efficient, cleaner and more powerful than the previous gen engine. Harley-Davidson will be offering the new V-Twin engine in two displacements – 107 cubic inches (1,753cc) and 114 cubic inches (1,868cc).

The Miwaukee-Eight retains Harley-Davidson’s classic 45-degree V-Twin architecture but boasts a number of improvements over the current-gen V-Twin.  For starters, the new engine is now significantly bigger and produces 10 per cent more torque than before. It also has higher compression ratio while the four-valve head allows 50 per cent more intake and exhaust flow capacity, claims Harley-Davidson. 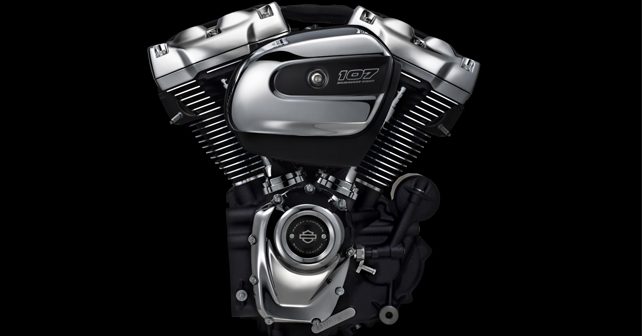 Further, the new Milwaukee-Eight engine range is said to weigh the same as the engines that it replaces. But since there’s more power on tap, the acceleration time (0-100km/h) has increased by 11 per cent with the Milwaukee-Eight 107 over the older Twin Cam High Output 103 engine. Similarly, Milwaukee-Eight 114 accelerates 8 per cent quicker from a naught to 100km/h than the current Twin Cam 110.

In addition to that, the new engine features a single internal counter balancer which helps cancel 75 per cent of primary vibration at idle. At the same time, lighter valves, a single camshaft, optimized cover designs and refined driveline components cut mechanical powertrain noise significantly, says the company. Harley-Davidson also claims that it has ensured that the classic character of Harley V-Twin engines is retained in the new engine. 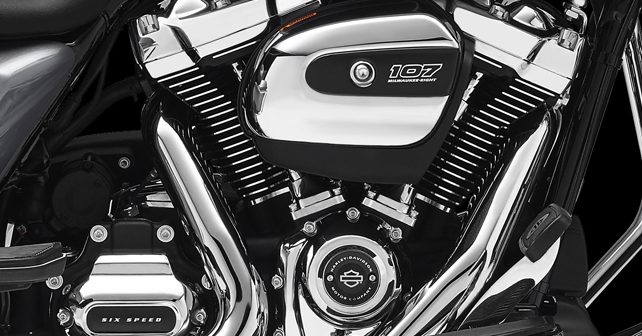 Commenting on the launch of the new engine, Alex Bozmoski, Harley-Davidson‘s Chief Powertrain Engineer, said, “The Milwaukee-Eight engine retains the classic Harley-Davidson 45-degree V-Twin design. It also retains the power characteristic that is the real legacy of the Harley-Davidson Big Twin: strong low-end torque with a broad, flat power curve through the mid-range that’s ideal for the Touring motorcycle rider.”