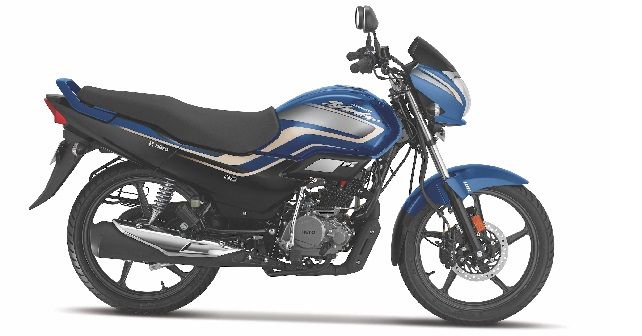 The Hero Super Splendor BS-VI is out, and it's now available with a disc brake.

Hero MotoCorp has launched the BS-VI version of the Super Splendor. The 125cc commuter motorcycle is priced at Rs 67,300 (Drum) and Rs 70,800 (Disc). Both prices are ex-showroom, and mark a hike of around 7,000 over the outgoing BS-IV version.

Powering the Super Splendor is an all-new 125cc BS-VI compliant engine, claims Hero. The engine gets fuel Injection, obviously. Hero says the power output is up by 19 per cent to 10.73bhp@7,500rpm, and it develops 10.6Nm of torque at 6,000rpm. The engine is mated to a 5-speed gearbox. Like most of its siblings, the Super Splendor too gets Hero’s i3S start-stop system.

Among other updates, the bike is now also available with a front disc brake (240mm). Hero also says the suspension has more travel on both wheels and the bike’s ground clearance has increased by 30mm to 180mm. The seat is also longer by 45mm to offer better comfort during rides. The Super Splendor now comes with three new colour options – Glaze Black, Heavy Grey and Candy Blazing Red.

The Hero Super Splendor will compete with the likes of Honda SP125, Bajaj Pulsar 125, et al.

Can recived same price 67300,but showroom price is high rate

Please give me red splendor

HOW MUCH PETRL IS EXPECTED IN FUEL TANK