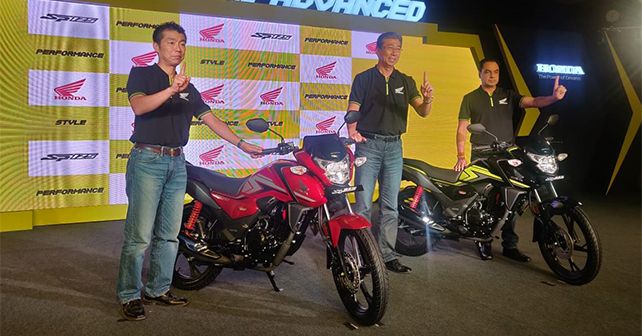 After successfully launching the Activa 125 BSVI in September, Honda has now brought in their first BSVI motorcycle - the SP125. Introduced in two variants - with a front drum brake and a disc option - the SP125 is priced at Rs 72,900 and Rs 77,100 respectively.

Over the past week or so, Honda Motorcycle and Scooter India (HMSI) has been teasing a new two-wheeler offering. A campaign with the tagline ‘Experience the World of Advanced’ has been swarming their official social media handles. Well, they have finally taken the wraps off it. Say hello to the new SP125. This new motorcycle is effectively the BSVI iteration of the popular Shine SP.

The SP125 is a new addition in a segment where Honda has had a decent stronghold. The company has a 39 percent market share in the 125cc category, with more than 8 million customers. Honda will offer the SP125 in two variants – with drum brakes at both ends or an optional disc at the front. The former is priced at Rs 72,900 – an increase of roughly Rs 9,000 over the base Shine SP. The disc brake variant would cost you Rs Rs 77,100. Both prices ex-showroom.

To justify the increase in price, the Japanese two-wheeler manufacturer has packed the SP125 with innovative tech. This new offering not only continues with the patented HET technology but also get the silent start feature that was first introduced in the BSVI Activa 125 that was launched last month. In all, the company has filed 19 patents for this motorcycle. The SP125 also comes with an all-digital instrument cluster with distance to empty, real-time fuel efficiency, average fuel efficiency, gear indicator, clock and more.

Honda’s latest offering, the SP125 is their first BSVI compliant motorcycle to be launched. To ensure that the SP125 is in line with the upcoming emission norms, it gets electronic fuel injection as well. With the help of eight sensors, it pumps an optimum air-fuel mixture into the system to provide efficient combustion and better throttle response. The SP125 produces 10.7bhp and 10.9Nm from a 124cc single-cylinder motor and comes mated to a 5-speed transmission. These figures are marginally higher than the Shine SP.

In terms of design, the SP125 gets a large LED headlight unit, a neatly cut out fuel tank with tank extensions, 5-spoke alloy wheels and a long matte black exhaust with a chrome plated heat shield. Honda has introduced the SP125 with four colour options – Imperial Red Metallic, Striking Green, Pearl Siren Blue and Matte Axis Grey Metallic. Production of the new SP125 has already begun and it is expected to arrive at dealerships from next week. Expect deliveries to commence immediately after. 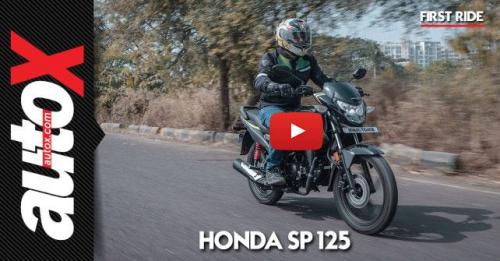