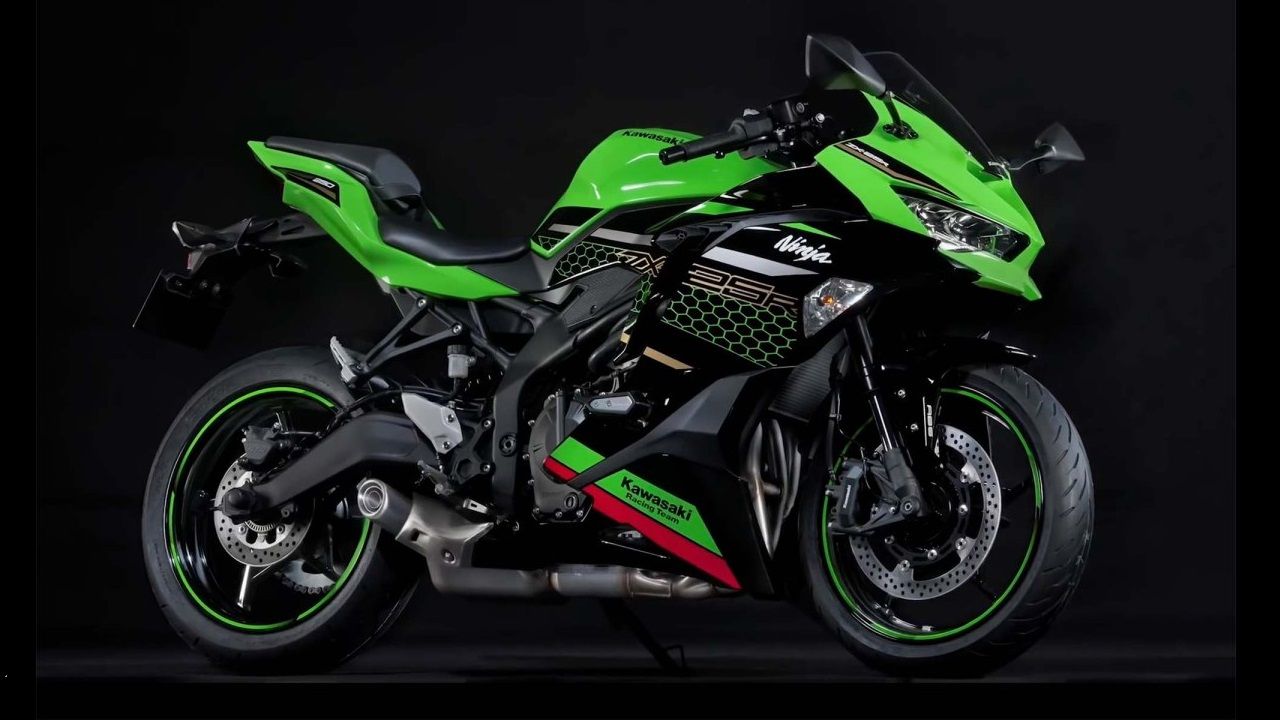 Kawasaki's little inline-4 screamer, the Ninja ZX-25R, has been launched in Indonesia, which means the specifications of the motorcycle are finally out.

There’s no doubt that it’s ridiculously priced, but not without reason. You see the ZX-25R is the only quarter-litre motorcycle with an inline-four engine at the moment. Plus, it’s not just the motor, every component on this motorcycle is top-of-the-shelf material. Think of it as a no-compromise scaled-down version of the Ninja ZX-6R and ZX-10R.

Until now, Kawasaki had been keeping the engine specifications of the Ninja ZX-25R close to their chest. However, with the bike officially going on sale in Indonesia now, the company has finally spilled the beans. Powering the motorcycle is a 249cc inline 4-cylinder DOHC engine that churns out 50bhp and 22.9Nm of torque. Of course, that may not sound like much, if you compare it with its single- /twin-cylinder rivals, however, being an inline-4 motor, this powerplant is a screamer. The peak power is developed at 15,500rpm while peak torque is developed at 14,500rpm. What’s more, it can rev up to a stratospheric 17,000rpm! Now, when was the last time since the 2006 Yamaha R6 have you heard a production motorcycle revving past 16,000rpm? Well, we can’t remember!

Coming its cycle parts, the Ninja ZX-25R is equipped with cutting-edge components all around. It features a steel trellis-frame like the H2 and comes equipped with fully-adjustable 37mm Showa SFF-BP front forks and a mono-shock at the back.  There’s ride-by-wire, traction control, different power modes, a quick-shifter, and a radially-mounted mono-block front brake calliper with 4-piston setup. The front disc is of 310mm dia, while the rear wheel has a 220mm disc.

Given the equipment and engineering prowess it has, the high price tag of the Ninja ZX-25R is kind of justified. However, it still doesn’t make sense for our market – which is also why we don’t have any hopes of seeing this teeny-weeny screamer on Indian roads.